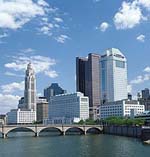 Many believe that the 2004 Presidential race will come down to which party has the best get out the vote operation, or “ground game.” Ohio has become Ground Zero for grassroots voter turnout drives, with an unprecedented push to get low-income and/or minority voters to the polls. Here’s an inside look at what’s happening on the ground based on my past week in Columbus.

Democrats have long viewed Ohio as the large state most likely to switch from red in 2000 to blue in 2004. Two factors explain this: Gore’s narrow defeat in the state despite running a lackluster campaign, and the state’s extremely troubled economy.

Starting in early 2004, activist groups led by ACORN and Project Vote engaged in a massive voter registration drive in Ohio to increase the number of low-income and minority voters. This resulted in over 200,000 new registrants in a state that Bush won in 2000 by only 20,000 votes.

Since voter registration ended on October 4, Project Vote/ACORN has run daily crews of between 30-65 workers in several Ohio cities. These crews are primarily focusing on low-income communities of color with low voting rates.

Crew members are equipped with registration lists and knock on doors to ask the registered voters on the premises if they plan to vote. If the answer is yes, the person fills out a “Count on Me” form stating that they can be counted upon to vote.

This process sounds easy, and it would be but for two factors: its geography and its antiquated voter system.

First, Columbus has the same population as San Francisco but is extremely spread out. Most of the 70,000 targeted households are in two-unit buildings or single-family homes, and they are not attached to each other.

So whereas a San Francisco outreach worker can potentially hit a few hundred doors per shift, a crew person in Columbus hits no more than 60.. And since some of the target population lives around industrial plants and literally on the other side of railroad tracks, a crew member can walk a few miles and reach less than 50 households.

I have always found San Francisco a relatively easy place to walk precincts in (other than for the hills). There are some confusing circular streets in Glen Park and Upper Market, but most people can navigate their precinct if given a decent map.

In contrast, Columbus has a whole bunch of streets unfamiliar to longtime residents on the work crew. And the “maps” given by registrar of voters provide little detail and often miss entire streets.

I am sure there are buses that go out to East Columbus and the other areas we are working in, but I did not see any and crews are driven to and from their precincts. This means that 10-15 people have to be used as drivers rather than as fulltime door knockers.

The geography of Columbus’ low-income neighborhoods is thus a major obstacle to organizing and outreach. It goes far to explain why voter turnout has been historically low and these communities have been politically disenfranchised.

The second factor complicating voter outreach in Columbus is its antiquated voter system. We complain in San Francisco that voter rolls are often four years outdated
but Columbus’ can be seven years old and it sometimes seems as if nobody who has registered this year has made the list.

This means considerable time is spent “cleaning up the list.” We’re talking about entire buildings that have been torn down, yet work crews have to go out and find for themselves that the addresses on the voter list no longer exist.

I do not think the lack of updated voter lists is a political move; rather, Ohio cities have been down in the economic dumps so long that they probably have cut their election services to the bone.

In addition to getting people to sign “Count on Me’s,” crew members find out if people need rides to the polls, an absentee ballot request, or a babysitter while they are voting.

Absentee voting has become the big election strategy in San Francisco, with activists in the Progressive Voter Project trying to boost turnout among low-income residents by getting them to become permanent absentee voters. Well, this is another strategy not available in Ohio, as only those 62 years of age have the automatic right to vote absentee.

Even though crews are knocking on doors between 4:00-8:00PM, less than half of the people are at home during any particular shift. This means that crew members must make return visits, and Project Vote/ACORN will make as many as four visits to a voter if necessary.

Every single day complete packets must be made for the 40-65 canvassers. Each packet includes the rap, tracking sheet, fifteen Count on Me forms, forty pieces of a GOTV
literature piece, absentee ballot requests, voter lists for the turf to be walked, and the precinct map. In a week, over 6000 Count on Me pieces alone are needed.

If this all sounds like painstaking work, it is. And when it rains, add plastic covers and rain panchos to the list.

On top of this, folks in Columbus have none of the political knowledge about their turf that we take for granted in San Francisco. We not only know how neighborhoods vote we know the turnout patterns of individual buildings.

Within our turf in Columbus there is no way to know how certain blocks or buildings are likely to turnout, so prioritizing resources is difficult. That explains why the swarm approach is being used: hit every household multiple times and hope it works.

By election day, we expect to have 25,000 voting commitments from our target population. We will have contacted households so often that nobody will be able to say that their vote was taken for granted.

(Or as one crew member put it, “We’ve taken away every excuse people have for not voting)

GOP Cries Fraud—-Republicans are watching the ground-game among heavily Democratic constituencies with alarm. Their response is to level daily charges of voter fraud, and when the Columbus Dispatch won’t print them, the GOP takes out full-page ads.

On Friday, the GOP filed election challenges against 35,000 newly registered voters. The basis is a mailing the Party sent to all new registrants; 35,000 were returned to sender, leading the Party to charge that their registrations are illegal.

Under Ohio law, all 35,000 must prove their voter eligibility at a public hearing. Those affected must be given three days mailed notice, though Democrats are arguing that a public notice may be required.

Its unclear how many of the 35,000 would actually vote next week, but it is easy to see people not wanting to miss work to go down to a City Hall hearing. Expect this entire issue to be resolved by the courts, as registration offices concede they do not have the time to hold thousands of hearings before November 2.

I wrote last week about the Ohio law that allows people to go inside the polls to challenge voters directly on their eligibility. Turns out the GOP is paying people $100 to issue these challenges, and the presence of these mercenaries virtually ensures conflict and potentially violence during the voting process.

Ironically, Bush has only been in Ohio once the past month and will return only briefly before election day. It looks like the GOP has concluded that they can only take Ohio by massively disenfranchising low-income and minority voters.