Countdown to November: ‘Security Moms,’ Kerry and African-Americans, 49ers/Newsom Offside on Prop H, and Mirkarimi’s “Many Voices, One District’ 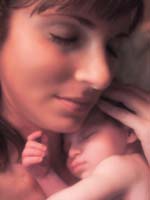 Media analysis of the 2004 election appears to be making people less, rather than more, informed. After we just got through showing how CBS, CNN, Time, Newsweek, and the New York Times have distorted the presidential race by using Republican-slanted polling groups, we now have a wave of articles claiming that Kerry has a problem with women and African-Americans. But there is no evidence to support charges that mothers concerned about terrorism have bolted to Bush, and the evidence is even stronger that African-Americans will vote in record numbers for Kerry.

Security Moms–Last week, articles in the New York Times and Washington Post (the latter was picked up by the Chronicle) claimed that John Kerry was having trouble holding on to perhaps his most important base-women. This was followed the same week by articles as well as columns by Bob Herbert and Mike Davis claiming that Kerry is having problems with African-Americans.

These claims, if true, would reflect an electoral landslide. After all, a Democrat that cannot win solid majorities of women and African-Americans is toast.

But as is increasingly the case this electoral season, the facts support neither argument.

Phillip Klinker, Professor of Government at Hamilton College and a contributor to the blog PolySigh, analyzed recent polling data and compared the results to the 2000 election. He found that the gender gap this year is virtually the same as in the Bush v. Gore contest.

But what about all those “security moms” we keep reading about? The women who usually vote Democratic but have moved to Bush because they believe he can best protect their children from terrorism?

Pollster Anna Greenberg dispelled this issue in her memo, “The Security Mom Myth.” First, she notes that only 26% of women voters have children and could be classified as “security moms.” Second, polling data show that men are far more likely to base their vote on security and terrorism then women and are also much more favorable toward Bush’s record on terrorism.

In fact, women are far more skeptical than men about Iraq, with a majority feeling the war has made us less secure.

But why bother with data when you can find a mom who will tell you that she usually votes Democratic but is switching to Bush due to his position on security? It seems reporters are increasingly joining politicians in providing policy analysis via anecdote rather than facts.

Kerry and African-Americans—Since African-Americans vote Democratic by a 90% margin, claims that Kerry has disrespected this constituency bodes ill for his campaign. But what is the source of such claims? It comes from some members of the Congressional Black Caucus who are mad that the Kerry campaign is not distributing funds to them.

Here’s the problem. Many Caucus members are in solid blue states and the Kerry campaign is targeting nearly all resources to swing states. Some Congress members figure that if they make enough noise the Kerry campaign will be forced to send them some money-and they use writers like Mike Davis (in Sunday’s Chronicle) to get their message out.

African-Americans have registered to vote in record numbers for this election. My contacts with ACORN, the leading national membership organization for low-income African-American families, tell me that grassroots participation is high and the community has never been so motivated as they are to defeat Bush in November.

49ers Offside—Hate to be piling on the woeful Niners, but they deserve an unsportsmanlike conduct penalty for cutting a deal for stadium naming rights less than a month before votes are cast on Prop H.

The issue here is not the merits of Prop H, though I strongly support its passage. Rather, the question is why the 49ers and Mayor Newsom are so fearful of the democratic process that they are blatantly trying to circumvent it.

Let’s be very clear what is going on here. The agreement to rename Candlestick Park “3Com” expired in 2001. While the Board of Supervisors subsequently voted against entering into a renaming deal, nothing stopped then-Supervisor Gavin Newsom or Mayor Brown from putting the question on the ballot for the voters to decide.

After the Board voted in June to put Candlestick’s name out to bid, Board President Matt Gonzalez decided it would be better to put the issue to a vote. He then got three colleagues to join him in putting Prop H on the November ballot.

Considering the city has not received revenue from Candlestick naming rights since 2001, it is outrageous that the Mayor and the 49ers are rushing into a deal solely out of fear of the electorate. And you know a rushed deal is not a good financial deal for the city.

At a September 17 press conference, Mayor Newsom stated that “we need to bring government back to the people.” But his backroom, last-minute deal with the 49ers does exactly the opposite.

According to the City Attorney’s office, should the Board approve the renaming of Candlestick-likely as “Monster Park,”— during October the voters will lose their chance to void the deal on November 2. The claim by the 49ers that the Supes are elected and an extension of the voters will shows the disconnect from common sense that has brought the once-proud franchise down to the basement of the NFL.

Mayor Newsom tried to circumvent public processes in selecting a Planning Director and a Director of Building Inspection, and now wants to preempt a public vote on a measure already on the ballot. If the Mayor is as popular as the polls say, why is he so fearful of the public will?

Mirkarimi’s CD—-When I praised Ross Mirkarimi’s campaign for the innovative use of a CD to get his message out, I had not heard “Many Voices, One District.” After twice listening to the nearly 35 minute CD, I’ve reached two conclusions about this cutting-edge campaign tactic.

First, it is a great idea and is likely to become widely used. People will spend far more time listening to a CD than reading policy papers, and hearing the voice of the candidate is more powerful than reading about them.

Second, unless the candidate is a musician (like Humboldt County Public Defender Barry Melton, who was the Fish in Country Joe’s band) it is better to limit the CD to a single ten-fifteen minute piece.

The first rap on the CD is Mirkarimi telling his life story. It is quite good, and if testimonials from others were sprinkled in there would be one piece that says it all. But on the actual CD the supporters statements get dull fast, and the candidate’s second and third raps lack the power of the first.

Reports are that the campaign has only distributed 2500 CDs, a low number given its potential impact. Perhaps Mirkarimi assumes that most listeners will simply download it from their computers, a likely result given the demographics of the music-loving district.