Could 2010 Be a Good Year for Democrats After All? 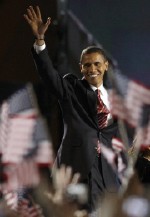 After months of watching Teabagger protests and a weak and ineffectual Senate Majority Leader Harry Reid, it was clear that Democrats were going to get creamed in November. But with Congress having finally passed health care reform, pundits are saying President Obama has gotten his “second wind” – and the conventional wisdom is being revisited. Could it be the 2010 midterms will be a good election for Democrats, and Scott Brown’s victory in Massachusetts was just their low point? And was the media simply too eager to declare victory for Republicans, a premature pronouncement that will make them eat crow in November? Granted, there’s a lot Democrats have done – and can do now – to be in a better or worse position when voters have their say in seven months. But in a rush to report a “rise-and-fall” story, the media ignored the demographic shifts which indicate we are now in a new progressive era – ending what had been a 40-year nightmare.

Back in August, I attended Netroots Nation – the annual conference of liberal bloggers – and was taken aback at how defeatist this normally resilient bunch were at the Democrats’ chances in 2010. Even polling wunderkid Nate Silver had dire predictions for the midterms, but it seemed to me that bloggers were listening too much to Charlie Cook – as conventional of a Beltway pundit as you can get. “You guys have had a great run,” said Cook – referring to the 2006 and 2008 elections, but now progressives should brace themselves for defeat.

Cook didn’t really give us much of a reason why we should expect a Republican ascent 16 months later – except for some folksy football analogies about a shift in momentum. But it set the tone for the whole conference, and we all went home with a sense of defeat.

Granted, the next six months suggested that Cook was onto something. The Republican base was energized, Democrats were on the defensive while their base was depressed – and Obama was quickly losing support from independents. Health care reform – which the President had given Congress an August deadline to pass – was stalled. Organizing for America, designed to transform Obama’s campaign team into a formidable lobbying power, refused to go after the obstructionists with real power – Blue Dog Democrats.

With nothing to vote for, Democrats stayed at home in November – losing both Virginia and New Jersey, states that had been getting progressively bluer. Obama then took a dangerous turn to the Right, and by December the public option had been killed – just to stroke Joe Lieberman’s ego. In January, the unheard of happened – they lost Ted Kennedy’s seat in Massachusetts.

But despite all the doom and gloom that progressives were in – at one point, I even urged Howard Dean to “save the Democrats from themselves” – the media ignored the obvious. 2008 gave Democrats a mandate to govern with or without Republicans, they still had that majority largely intact, and using that power could help turn things around. Thanks to Nancy Pelosi, they passed health care reform – and we are seeing a sudden and sharp reversal of fortunes.

At Netroots Nation, while others were predicting trouble in 2010, Bill Clinton advised us not to worry about poll numbers now. “The minute the President signs a health care reform bill,” he said, “approval will go up because Americans are inherently optimistic.”

Granted, the final health care bill did not have a public option – but the resilient move that activists took to keep it alive suggests that it’s not going away. Progressives must work with liberal Senators like Tom Harkin and Jay Rockefeller, who insisted this health care bill was only the first step. Killing the bill would have fallen into right-wing hands, and opened the floodgates for another 1994. Passing it gave us breathing room to keep fighting for a public option in the near future.

President Clinton said other things that night worth repeating. After a 40-year struggle, where the Republicans had exploited fear and resentment to win from Governor Reagan to President Bush, we are on the verge of a new progressive era. 2008, he said, was “the first election in my lifetime where the country was self-consciously communitarian.”

Demographics have played a role. Latinos are an increasing share of the electorate, and the Republican Party’s racist immigrant bashing is turning them away in droves. Young people are heavily Democratic – creating a whole generation that will go on to dominate politics for decades, in much the same way those who came of age during the New Deal became lifelong FDR Democrats into the 50s, 70s and 90s. While youth turnout dipped precipitously in 2009, it’s not like these voters have turned to the Tea Party movement.

The Right has been hoping for months that 2010 will be another 1994, but it’s easy to see how that analogy falls apart. Democrats lost Congress that year – because they had to defend more open seats, especially in the South which had been trending Republican for decades. For 2010, we have more Republicans than Democrats are leaving Congress – and there are so few Southern Democrats left the GOP has less “low-hanging fruit.” A recent article in National Journal summed up the current situation very nicely.

In 1992, Bill Clinton won the White House with 43% – leaving the Democrats vulnerable to losing seats in 1994, because a majority of the country had not voted for him. Obama won a clear majority in 2008, and most Democrats in Congress represent districts where he remains popular. While it’s certainly true that some Democrats will lose in 2010, they are mostly Blue Dogs from districts that John McCain won. But Republicans from places Obama won – eight in California alone – should also be vulnerable, which could cancel out any losses.

Some Republican elders are starting to get nervous – that 2010 may not be as good of a year for them as many had hoped, and now their party has been taken over by the Sarah Palin wing. While the health care bill was unpopular before it passed, polls now show repealing it would be even worse. In 1936, a year after FDR passed the Social Security Act, his GOP rival Alf Landon campaigned on the platform to “repeal” Social Security. Landon got creamed – losing every state in the union except for Maine and Vermont.

After a year that saw “hope” and “change” fall prey to despair and backroom deals, progressives must realize that they still have the upper hand going into the midterms. As long as we learned from the lessons of health care that bipartisanship is a fool’s errand – and Congress moves on to pushing financial reform, climate change and immigration reform – 2010 does not have to be the terrible year that progressives have dreaded.

We are on the verge of a new progressive era. We should go into 2010 acting like it.