“Convictions of Conscience” or Bigotry? 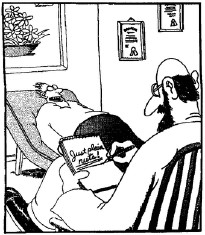 The cultural wars continue. Last week, Catholic leaders in Nebraska pushed to exempt mental health professionals such as psychologists from having to give counseling to those they have a problem with, such as queer couples, or even to refer them to another psychologist.

Jim Cunningham, executive director of the Nebraska Catholic Conference, asked at a hearing at the Board of Mental Health Practice that the regulatory body pass a proposed “convictions of conscience” standard that would allow organizations such as Catholic Charities in Omaha and Catholic Social Services in Lincoln to refuse service (or even to make referrals) based on the sexual orientation or gender identity of the patient.

“We saw a potential problem for credential holders that we might typically employ because they are governed, of course, by our religious convictions,” Cunningham said.

In his testimony, Edward Stringham, a psychologist in Lincoln, referred to what might be the real fear among those in his profession who would turn away patients based on sexual orientation or gender identity: lawsuits. According to Stringham, a court has already upheld the right of an employer to fire a psychologist who refused help to a lesbian.

James K. Cole of the Nebraska Psychology Association said that the rule would be a slippery slope that would allow any service agency from refusing service to a wide variety of clients based on their (the service provider’s) moral or religious belief system.

“I have provided psychological services to individuals convicted of murder, and I have never had to compromise my moral belief that killing is wrong,” Cole said.

Most ethics codes for the profession already allow a psychologist to refuse service to someone based on moral or religious convictions, but he or she has to refer the patient to another professional.

It’s one thing to say that a Catholic psychologist has a conflict with a patient, say a queer couple that wants to improve their relationship. The psychologist can easily refer that couple to someone who won’t have a conflict, such as an LGBT psychologist who is better qualified to help them, anyway. It’s not so difficult for a mental health professional to have a referral list of pro-LGBT psychologists on hand for such occasions.

How does making a referral conflict with one’s conscience?

Psychology is supposed to be a helping profession. Shouldn’t psychologists leave their own prejudices aside when they’re dealing with patients? Catholic leaders in Nebraska may call them “convictions of conscience,” but as a gay man who was raised Roman Catholic, I know very well what that really means.

Fifty years ago, these same Catholic psychologists might have had a similar problem with counseling interracial couples.