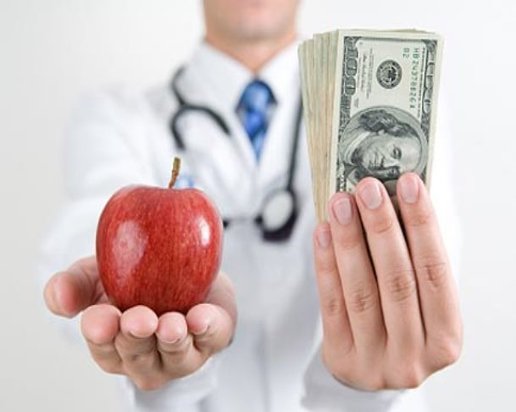 On July 20, the American Beverage Association (the lobbying arm of the soda industry) shared the results of a study which concluded that “attempts by the government to improve public health through regulation of certain foods or ingredients such as sugar is not effective.”

This is where knowing the “who” behind studies matters. In this case, the study was conducted by the Institute of Economic Affairs (IEA) a right-wing think tank that has a decades-long history of assisting the tobacco industry. The entire purpose of an organization like IEA is to fight and block regulation, and what better way to support your position than to create a study that industry can share widely?

By the way, that IEA study contradicts what other studies, without ties to industry, have demonstrated as far as regulation working (i.e.: Mexico’s 2014 soda tax effectively lowering consumption of sugar-sweetened beverages).

After decades of pulling the wool over consumers’ eyes, industry is having a harder time getting away with spinning science to its liking with minimal consequences.

As awareness of food industry tactics to shape the narrative of food and nutrition in its favor increases, so does scrutiny. Industry funding of health organizations like the The Academy of Nutrition and Dietetics, once a largely unquestioned and relatively accepted norm, is now actively challenged by health professionals who are tired of seeing their hard-earned credentials dragged through the mud by questionable partnerships.

Another issue coming to the forefront relates to industry-funded research and conflicts of interest. It is such a concern, in fact, that World Health Organization Director General Dr. Margaret Chan mentioned it in her opening address at the 8th Global Conference on Health Promotion in 2013 (emphasis mine):

“It is not just Big Tobacco anymore. Public health must also contend with Big Food, Big Soda, and Big Alcohol. All of these industries fear regulation, and protect themselves by using the same tactics.

“Research has documented these tactics well. They include front groups, lobbies, promises of self-regulation, lawsuits, and industry-funded research that confuses the evidence and keeps the public in doubt.”

Conflicts of Interest Can Affect Results

In 2013, a systematic review published in the Public Libraries of Science analyzed studies on sugar-sweetened beverage (SSB) consumption and weight gain. The results were eye-opening (emphasis mine):

“Among the reviews that reported having no conflict of interest, 83.3% of the conclusions were that SSB consumption could be a potential risk factor for weight gain. By contrast, the same percentage of reviews in which a potential financial conflict of interest was disclosed concluded that the scientific evidence was insufficient to support a positive association between SSB consumption and weight gain, or reported contradictory results and did not state any definitive conclusion about the association between SSB consumption and weight gain.”

In other words: the majority of studies that reported no conflict of interest found that drinking sugary beverages is a factor behind weight gain, while those that reported conflicts of interest claimed the opposite or that no conclusions could be made.

The food and beverage industries often self-victimize by equating concerns about conflicts of interest to “attacks” (how dare the public demand transparency and ask tough questions!), but no one is suggesting industry not play a role in research. As the authors of the review mentioned above write:

“[These results] do not imply that industry sponsorship of nutrition research should be avoided entirely. Rather, as in other research areas, clear guidelines and principles (for example, sponsors should sign contracts that state that they will not be involved in the interpretation of results) need to be established to avoid dangerous conflicts of interest.”

As she explains, “Conflicts of interest do not necessarily mean that the results of the study were manipulated or wrong. They do mean that the methods and results require more than the usual level of scrutiny.”

What Questions Are Asked?

This scrutiny goes beyond looking at the “who” behind study funding to also consider the “what.” In the words of epidemiologist David Michael, Assistant Secretary of Labor for the Occupational Safety and Health Administration, “It’s not the answers that are biased, it’s the questions.”

This applies to industry studies in general, not just those conducted by the food industry. Consider the case of perchlorate:

“When assessing the risk of exposure to perchlorate, a rocket-fuel ingredient that can affect the thyroid and contaminates many water supplies, scientists on a National Academy of Sciences panel chose perchlorate’s effect on thyroid iodine uptake as the most important indicator of its effect on health. On the other hand, scientists working for companies that might have to bear the costs of perchlorate cleanup selected the chemical’s effect on one thyroid hormone as the basis of their risk estimation. These scientists estimated a safe level for perchlorate exposure nearly three times higher than that of the NAS scientists,” Michael writes in a 2008 Washington Post article (emphasis mine).

So not only do the conclusions of industry-funded “scientific” studies tend to favor to the interests of the sponsors, they also tend to be structured in such a way that clears a path toward outcomes that are favorable for the sponsor.

In that same article, Michael also touches on studies of Bisphenol A (BPA), an industrial chemical found in hard plastics and resins, where industry-funded studies skewed one way:

“One of the eyebrow-raising statistics about the BPA studies is the stark divergence in results, depending on who funded them. More than 90 percent of the 100-plus government-funded studies performed by independent scientists found health effects from low doses of BPA, while none of the fewer than two dozen chemical-industry-funded studies did,” Michael explains (emphasis mine).

BPA politics have only gotten murkier with time. Last year, Mother Jones reported on academic scientists’ concerns over a Food and Drug Administration (FDA) study that deemed BPA “safe”, and the organization’s reliance on industry-funded studies to assess the synthetic compound.

How Are Answers Framed?

And then there is the issue of framing, which came to mind when I read a recent study published in the Journal of the Academy of Nutrition and Dietetics by the International Food Information Council (IFIC) titled “Including “Added Sugars” on the Nutrition Facts Panel: How Consumers Perceive the Proposed Change”. As a refresher, “added sugars” are sugars that are added to foods during processing and preparation (the sugars in grapes are naturally-occurring, the sugars in Frosted Flakes are added.) The Food and Drug Administration has proposed labeling added sugars in an upcoming revision of the Nutrition Facts Panel.

IFIC is a food industry front group that receives funding from the likes of Kellogg’s, Hershey’s, and Coca-Cola. While the authors’ affiliations with IFIC are listed, surprisingly none report potential conflicts of interest even though the study was commissioned and funded by IFIC.

To be clear: listing a potential conflict of interest is not admittance of collusion; it is simply valuable information readers of a study should know.

Interestingly (but, at this point, not too surprisingly), a study conducted last year by researchers without any ties to the food industry debunked those concerns.

IFIC’s cozy ties to industry do not mean its latest study should be thrown out as invalid. While all studies, regardless of funding source, should be thoroughly dissected and analyzed, those with industry ties merit increased scrutiny. The problems that often come with industry-spun science are too well-documented to ignore (i.e.: the sugar industry and cavities, the food industry and partially hydrogenated oils, the energy industry and climate change).

The study’s authors point out that “income and education were not controlled in our analysis, which may explain some of the differences noted between Nutrition Facts Panel readers and nonreaders.”

And so we come back to the issue of framing. IFIC is largely pointing to this study as a case against added sugar labeling, but couldn’t the bigger issue here be that different levels of education result in different interpretations and analyses of information on the Nutrition Facts Panel?

Perhaps a more fitting, albeit less industry-friendly, conclusion is that depending on their levels of health literacy (AKA health and nutrition IQ), consumers have varying degrees of ease understanding the Nutrition Facts Panel.

If, indeed, some less health-literate consumers are less agile at understanding the Nutrition Facts Panel, it would be far more constructive to have a conversation on how to increase, support, or enhance health literacy, rather than suppress vital facts that many others can understand with ease.

At its core, science is objective. It is the questions that are asked during the scientific process, and the way those findings are reported and framed, that can affect our understanding. In order for nutrition science to maintain its integrity, it is important to remain mindful of conflicts of interest.

Andy Bellatti, MS, RD is a Las Vegas-based nutritionist with a plant-centric and whole-food focus who takes an interest in food politics, deceptive food marketing, sustainability, and social justice. His work has been published in Grist, The Huffington Post, Today’s Dietitian, Food Safety News, and Civil Eats, among others. He is also the strategic director and one of the co-founders of Dietitians for Professional Integrity, a group that advocates for ethical and socially responsible partnerships within the Academy of Nutrition and Dietetics. You can read more of his work on his Small Bites blog and can also follow him Twitter and Facebook.