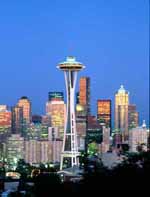 In San Francisco, those fighting against limits to condo conversions often call tenant rights activists alarmists, claiming the effect of lifting the current cap of 200 conversions per year would be negligible. For proof they’re wrong, one need look no further than a few hundred miles north to Seattle, Washington, where high housing costs and a hot condo market recently prompted a dramatic spike in conversions. The total number of apartments converted to condos in Seattle grew from 430 in 2004 to 1,551 in 2005 to 2,352 last year. For you math junkies, that’s a 450 percent increase over two years. As if these numbers weren’t shocking enough, the Democratic-controlled Washington state legislature just gutted a bill designed to mitigate the effects of this conversion wave, eliminating language that would allow municipalities to implement caps similar to San Francisco’s.

Before any discussion of the condo conversion wave in Seattle begins, let’s think for a bit about the number 3,903 – the number of conversions in the past two years here. It’s enough people to fill the Fillmore to capacity three times over, to fill the first Rincon Hill Tower ten times, and its about double the size of the town I grew up in. For a city substantially smaller than San Francisco, it’s a major chunk of people at risk of having their home sold out from under them.

The wave has not been limited to Seattle, either. Dupre + Scott Apartment Advisors claim that apartment owners converted nearly 7,000 units in the surrounding counties of King, Peirce and Snohomish just last year. This trend, along with less than 2,500 new apartments being added to the market in the same time frame pushed the vacancy rate below 5 percent.

This squeeze on the rental market sparked a rash of rent hikes, and because the Washington state constitution forbids rent control from being implemented by cities or counties, landlords have been free to ask whatever they think they can get. Take me, for example – I just received an $80 rent increase after living in my apartment for 6 months.

Once a building’s owner decides to convert their building to condos, tenants receive little help or protection from Seattle. Owners must only provide 90 days notice, and construction, remodeling or repairs can begin soon after notification. Relocation assistance is limited to a mere $500 per unit for low-income tenants.

One local Councilmember, Tom Rasmussen, decided to do something about it, and notified state legislators of the problem. His efforts prompted members of the state Senate to develop new law enabling local governments to place caps on condo conversions, raising the amount of relocation assistance required for tenants significantly, bumping the notification period to 120 days, and tightening restrictions on when owners could start work on the building.

Then the compromising began.

The legislation underwent a long, tortured process, complete with contentious negotiations, 11th hour deaths followed 12th hour revivals, and some pretty charged rhetoric. What finally emerged, a piece of legislation that will be voted on soon by the state Senate, lacks a major component of what tenants rights advocates first put on the table.

The extension of the notice period and limitations on when construction can begin remain, as does the increased relocations assistance, though a lower amount than originally proposed.

Any sort of cap on condo conversions, however, was completely eliminated from the bill. This injects a high level of uncertainty into the future of many of Seattle residents’ homes and prompted one of the original bill’s supporters, Representative Maralyn Chase, to tell the Post-Intelligencer, “I’m so disappointed, because this does nothing to protect the really vulnerable people.”

Throughout the discussion, both the media and legislators referred to San Francisco’s condo conversion cap as evidence of a major city taking significant steps to limit a real danger to the city’s affordable rental housing stock. For tenant activists in San Francisco, it’s easy to forget about gains and focus instead on near-misses or losses. But the City’s condo conversion laws serve as a model for others, and help inspire efforts to limit conversions elsewhere.

As Seattle continues the debate about how best to handle the condo conversion wave, San Francisco should remember its actions are being watched closely, and continue its vigilance regarding condo conversions. For how San Francisco moves forward affects not just those within its city limits, but tenants throughout the country.

EDITOR’S NOTE: Casey Mills was the Managing Editor of Beyond Chron until September 2006. Send feedback to millsryancasey@yahoo.com