Concerts at the Cadillac: Susaye Greene of the “Supremes” 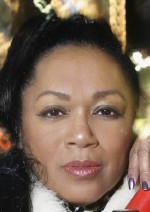 Join us on Friday, December 2nd at 12:30 p.m. for a very special “Concerts at the Cadillac” featuring singer Susaye Greene – best known as the last member to join the Motown group the Supremes. In her time with the group during its final year, Greene helped add even more hit songs to its legacy – such as High Energy and I’m Gonna Let My Heart Do the Walking. Since the Supremes disbanded in 1977, Greene has had a successful solo career – from composing songs for Michael Jackson, to hosting her own TV show, to touring with Stevie Wonder. At the Cadillac, she will perform with jazz composer Jeffrey Chin on the piano, Marc Lee on drums and Ron Belcher on bass. “Concerts at the Cadillac” is a monthly free concert series at the Cadillac Hotel (380 Eddy Street, at Leavenworth) to provide high-quality, uplifting music for Tenderloin residents on an 1884 Steinway Concert Grand. This month is also the 127th birthday of the piano, so cake will be served!