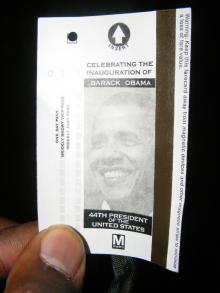 A new study released by Gamaliel, Community Organizing As Job Creator: An Investment That Works For All, offers a new perspective to consider. Community organizing is about understanding people’s needs and motivations and looking for new opportunities, not trying to salvage a sinking ship. Community organizing lets leaders approach policy from an entirely new viewpoint, one that grasps the complexities, passions, and desired outcomes of people. Amazingly, the study proves, in very tangible terms, that this really works.

Community organizing can now be understood not simply in terms of rallying the disaffected but in jobs created, dollars gained, and percent of increase in GDP. The report documents multiple case studies demonstrating the impact of local campaign victories by community organizers. These jobs have come through ballot initiatives, workforce training programs, and increased legislative funding of state and city transit, education and human services reform.

One particular area of focus has been on securing funds for public transportation and infrastructure, which have been proven to have significant returns on investment. The report notes that for every dollar invested in transit and infrastructure, the GDP increases by $1.44 and $1.31 respectively in the following year.

For example, Metropolitan Congregations United (MCU) in St. Louis won a major victory in ensuring the collaboration of government and transportation projects in employing local workers. MCU worked with then-Sen. Christopher Bond and then-Sen. Barack Obama to introduce policy language in the bill Safe, Accountable, Flexible, Efficient Transportation Equity Act: A Legacy for Users (SAFETEA-LU) to urge state departments of transportation to utilize more equitable hiring practices to benefit local communities. MCU used this policy in 2006 to involve key stakeholders and the public in providing pre-apprenticeship and on-the-job training for low-income individuals, people of color, and women for the largest highway project in Missouri history. The project met its goals, was $11 million dollars below budget, provided jobs for those in Missouri who most needed them, and helped stimulate the local economy.

New approaches like these, which address community need and public service, can provide well-paid, sustainable jobs for the individuals who need them most, and their work can benefit entire communities. In the past five years alone, Gamaliel community organizers throughout the U.S. have developed nearly 594,000 jobs from transit and infrastructure victories and well over 45,000 jobs in education.

As we enter the final election season, and debate hotly over whether Obama has secured sufficient jobs, perhaps we should start hoping that Obama does what he does best: organize. As much as we need jobs, we need local and national leaders with the ability to determine the people’s self-interest and future direction. Jobs for creation’s sake will not last, but jobs that will employ the people that most need them, meet existing needs, and transform this country to achieve the future we hope for will be the biggest contribution a community organizer—or a president—can offer.