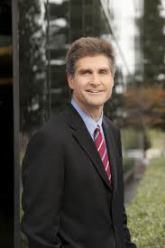 For many people not familiar with Silicon Valley policy and politics, this may seem less like a “Left Hook” and more like something out of “Left Field.” Brace yourself. In Silicon Valley, the business community and the labor community work together much more often than we work against each other. At a minimum, that is certainly the case when it comes to the Silicon Valley Leadership Group and the South Bay Labor Council.

Since words are cheap, let’s consider the work:

* Transportation: For three decades, we have co-led almost every successful transportation sales tax campaign that voters have passed in Silicon Valley. Combined, that exceeds $10 billion in road and transit improvements: Think Highways 85 and 237, timed signals on all eight County Expressways, express buses, Light Rail and Caltrain. When BART comes to San Jose in the summer of 2017 – a full year and $100 million under budget – it will be CEOs and construction crews standing side-by-side to share the first ride. Never forget, when a road or rail transit improvement project stays on-time, that project puts people to work, which in turn helps the rest of us get to work. When my friend Neil Struthers of the Building & Construction Trades Union was recently asked at a public hearing if we would work together on a future transportation ballot measure as early as 2016, he commented with humor in his voice, “We never met a traffic relief measure we didn’t like.”

* Environment: Most recently, the Labor Council reached out to the Leadership Group as they helped champion Measure B, the Clean and Safe Creeks Initiative that passed countywide with roughly 70 percent of the vote. Currently, we are working hand-in-glove with Senator Feinstein and others on how we protect and strengthen our Bay from potential flooding and sea-level rise.

When it comes to community service, our bonds are even stronger. Ten years ago, when my wife Leslee and I wanted to create the “Silicon Valley Turkey Trot,” our first call was to our friend Bob Brownstein, a key leader at Working Partnerships USA, the “think tank” of our local labor movement. Of course, anyone who knows Bob recognizes that he doesn’t just “think,” he “does.” Today, just nine years later, our Applied Materials “Silicon Valley Turkey Trot,” co-created by business and labor, is the largest timed Thanksgiving weekend run in the United States, with nearly 25,000 paid participants. By working together, we’ve been able to donate well more than $4 million to those in need these past nine years.

This piece first appeared in The Left Hook, thelefthook.com