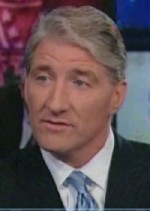 If you turned on the notorious Anderson Cooper news hour last night on CNN, you would have been told that Rand Paul’s victory in the Republican Senate primary represents a powerful bipartisan grassroots call for a balanced budget. You would not have learned that only Republicans voted in the Kentucky primary, or that the two Democrats in their Senate primary both got more votes than Paul. Joe Sestak’s victory in Pennsylvania was not, as you might assume, a victory for the grassroots left – CNN interpreted it, as it did with Paul, as the grassroots rejecting the candidate chosen by Party leaders. As I wrote in April, CNN is a disaster, and last night’s completely off base election analysis shows the network is only getting worse.

I realize that Adam Nagourney in the New York Times and other media also have wrongly characterized Rand Paul’s victory as a message from “the grassroots” rather than the accurate term, “grassroots Republicans.” But CNN is the worst, because they have multiple talking heads along with closeted right-winger John King making the same false points for hours, and soon days.

Here’s a fact that appears to have totally escaped CNN’s crack political team: right-wing Republicans have defeated moderates in primaries for decades before anyone heard the term “Tea Party.” Here’s another fact they missed: there was no incumbent in Rand Paul’s race.

And CNN’s notion that MoveOn backed Sestak because they didn’t feel they had to accept Obama’s choice? MoveOn would happily have backed Obama’s choice if it had been for the most progressive candidate, so this was an ideological statement, not one about challenging conventional wisdom in Washington DC.

Here’s the bottom line: CNN and other media had their election analysis cemented regardless of last night’s results. As long as Paul won – which was a certainty for weeks – the entire theme was going to be a challenge to business as usual in DC and a burning fire sweeping the land for a balanced budget.

King made the unbelievable claim that both parties have failed to produce balanced budgets, and voters are fed up.

Has King never heard of President Bill Clinton’s budget surplus? The one dissipated by the right-wing Republicans who voted for Rand Paul last night and George W. Bush in 2000 and 2004?

King is a liar, pure and simple. And CNN has no business offering him to viewers as their political guru.

The fact is that last night’s election could easily be spun as a monumental victory for the left. After all, the more progressive Democrats (Sestak and Conway) won two races and did far better than expected in pushing Blanche Lincoln into a runoff in the third.

But hell will freeze over before that point is ever heard on CNN.