Clinton Has Already Lost in Pennsylvania 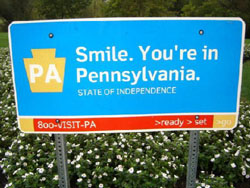 Mercifully, tonight marks the end of the seemingly interminable six weeks between Barack Obama’s landslide victory in Mississippi and the Pennsylvania primary. I wrote on March 18 that this six-week lag would force political writers to come up with “tantalizing story lines” about the race, a prediction—highlighted by the recent ABC news “debate”– that proved an understatement. After failing to alter the race’s momentum by throwing the “kitchen sink” at Obama in Ohio and Texas, Hillary Clinton has spent six weeks casting everything from fry pans to microwaves to Sub-Zero refrigerators at Obama in a desperate effort to prove him “unelectable.” And she has failed. As a result, Clinton has already lost in Pennsylvania, regardless of tonight’s outcome. Clinton either stays in the race to suffer a projected double-digit defeat in North Carolina on May 6, or uses her Pennsylvania victory to go out a winner.

The past six weeks have been excruciating for anyone who cares about changing the direction of the United States and the world. During a period where millions are facing starvation due to skyrocketing global grain prices, when U.S. policy in Iraq was exposed as nonsensical as ever, when the nation’s consumer confidence fell to historic lows and reports show that the current recession is deepening, media coverage has been largely dominated by Hillary Clinton’s attacks on Barack Obama on subjects that have no connection at all to these problems.

And to think there are rational people who still believe that Clinton has been the candidate subjected to unfair media coverage.

As Frank Rich pointed out in Sunday’s New York Times, the past six weeks has been a case study in the traditional media’s growing disconnection from political reality. But despite the media’s obsession with Reverend Wright, flag pins, a “bitter” working class, etc, Hillary Clinton has failed to convince either voters or superdelegates that Obama is “unelectable.”

ABC has become another FOX News, and on George Stephanopoulos’s Sunday news show he joined Cokie Roberts, Sam Donaldson, George Will in a collective Obama-bashing. Roberts began by attacking Obama for believing that a president can change Washington D.C., in a tone that equated Obama’s faith in change with a belief in UFO’s.

Donaldson warned that he thought that Democrats had learned from the 1972 McGovern campaign that the Party cannot win by nominating liberals, and argued that picking Obama would repeat this mistake. Will agreed, noting that the United States was a “center-right” country that would not likely elect a liberal.

In an election where we have the first African-American candidate with a chance to win the nomination, where African-Americans, Latinos, and young people have voted in record numbers, and where the three top Democrats took generally progressive stands on major issues, ABC provides an all-white panel where Clintonista George Stephanopoulous is the most “progressive” member.

You’ve got to love the traditional media’s commitment to diversity.

For Obama to not only remain standing after these attacks, but to have actually narrowed the gap in Pennsylvania, and increased support among superdelegates, is a testament to both his inner strength and the power of his political base.

In other words, the Clintons and their media allies spent six weeks doing everything in their power to destroy Obama, and failed. That’s why Hillary has lost Pennsylvania even before votes are counted.

Polls in this race are all over the place. I see Clinton winning by eight, which means that Obama cut her 19- point lead six weeks ago in more than half.

Whereas the media overinflated the importance of Clinton’s popular vote wins in Texas and Ohio, tonight the punditry will portray any victory by Clinton of less than ten as a major, if not fatal setback. If Obama loses by five or less, even a punditry hungry to keep the race going will argue that Clinton is done.

As has not been pointed out enough this primary season, even a ten point Clinton victory in Pennsylvania will not win her enough delegates to alter the race. As the clock continues to tick toward the end of the primary season, pundits will focus less on arguments about winning “big states” and more on Obama’s unbeatable margin in the elected delegate count.

Pressure on Clinton to drop out of the race will greatly increase if she fails to win by at least ten-points tonight. Pundits are likely to argue that a big win in Pennsylvania was Clinton’s last chance to alter the race, and that having failed to achieve this, continuing to run is pointless.

Many will argue that Clinton has little upside to continuing. She will lose North Carolina, and potentially more delegates there than she picked up in Pennsylvania. Even if she wins Indiana the same day—and polls show her behind—pundits will define May 6, 2008 as fatal to Clinton’s campaign.

And if Clinton loses both Indiana and North Carolina, she will be forced out of the race rather than taking the high road and departing on her own terms after winning in the Keystone state.

One will never go broke betting against Hillary Clinton putting her personal interests ahead of the Party, but she will not have a compliant media on her side after Pennsylvania. Without the array of pundits legitimizing her anti-Obama attacks, Clinton will become another Mike Huckabee, left to campaign without sufficient funds in a race that she cannot win.

Announcing her departure from the race after narrowly winning Pennsylvania would immediately reverse much of the hostility that Clinton’s negative campaigning has generated in recent months. But expecting Clinton to take the high road is a losing game, so it will likely require North Carolina voters on May 6 to end her campaign for good.