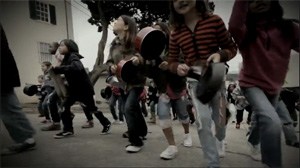 With three weeks before Election Day and absentee voting already in full swing, a clearer picture is emerging over the fate of key local and California races. Prop 32, the anti-union measure that would give even a greater spending edge to corporations, lacks any grassroots base and is losing steam. Prop 30, upon which the future of the state’s public education system depends, is in a close race but on track to victory. Prop 37 has a huge grassroots campaign, but the $36 million corporate opposition campaign makes this a tough fight. In San Francisco, downtown and real estate interests have poured over $200, 000 into independent campaigns supporting David Lee ‘s race in D1, but its video attacking Eric Mar, Send Mar Back to Mars’, has backfired. Christina Olague was heading for victory in D5 before her vote to reinstate Ross Mirkarimi, and now has expanded her progressive support. Moderates unhappy with her Sheriff’s vote have no alternative choice, while the withdrawal of endorsements for Julian Davis by Supervisors’ Campos and Avalos leaves Olague the undisputed lead progressive in the race.

Despite renewed focus on the presidential race, grassroots activism around state measures in California this year is much higher than in some time. Props 30 and 32 are driving this activism, as labor unions, progressives, and others concerned about the state’s future are going all out for Prop 30 and against Prop 32.

Since prior so-called “paycheck protection” measures on the California ballot have come close to passing, labor unions were understandably worried about the deceptive Prop 32. But the measure is running out of steam weeks before Election Day for three reasons.

First, labor launched a very early opposition campaign that identified Prop 32 with the Koch brothers and a host of conservative interests. By the time the Yes on 32 campaign got going, many voters had already decided to oppose it.

Second, Citizens United has thrown such a spotlight on unregulated political donations by the wealthy that Prop 32 seems even more unfair than its predecessors.

Third, No on 32 has done a great job using social media and online news sources to build its campaign. Labor would benefit greatly if it continued to use this strategy to build support for its agenda outside elections.

I understand that some polls have Prop 32 leading, but it is barely at 50% and these numbers will decline. The No on 32’s grassroots electoral outreach effort should make the difference.

I get more questions about Prop 30 than any other ballot measure. The stakes are so high that people are understandably worried about the closeness of the race.

The reason I am optimistic about Prop 30 is that it the more voters learn about it, the better it will do. Governor Brown is now campaigning hard for the measure, which has wide support among newspaper editorial boards and will be endorsed in most of the blizzard of voter cards that have already started to arrive.

The chemical industry has spent $36 million to prevent Californians from simply being told whether the food they are buying has been genetically modified. The No on 37 campaign is raising all of the scare tactics that corporate interests used in their failed effort to defeat Prop 65, the Safe Drinking Water and Toxic Enforcement Act, in 1986. That measure got over 60% of the vote, but was more understandable to voters than the concept of “genetically modified” food.

Led by Montsanto, the No on 37 is running one of the most dishonest campaigns California has seen in some time. It will take a major influx of new money and speak outs by high-profile celebrities, restaurant owners and foodies to give the grassroots Yes on 37 campaign the power he needs to withstand what will likely end up as a $50 million No on 37 assault.

Independent expenditure campaigns are supposed to help a candidate, and that was the goal of the San Francisco Association of Realtors when it released a You Tube video (see above) to help David Lee unseat Eric Mar in San Francisco’s D1. While Mar backers insist that the video shows illegal coordination between the independent campaign and Lee’s official campaign, its main shortcoming is that it hurts rather than helps Lee’s chances.

I wrote one month ago that “Mar’s pro-tenant record could be the deciding factor in the race,” yet that depended on tenants concluding that Lee could not be trusted to protect their interests. Now with real estate interests shouting from the rooftops that Lee is their guy, they have made Mar’s case for him.

What I found most offensive about the video was its use of young children marching down the street banging pots and pans as foils for the realtors.

The tactic of banging pots and pans is associated with the international Occupy and Spanish Indignados movements, and by the student movement against tuition hikes in Canada. The Realtors apparently thought it funny to appropriate this worldwide social justice tactic to support its own quest for greater profits; instead, it reflects very badly on the candidate they support.

Identifying David Lee as the landlord candidate could be the mistake that decides a tight race. It has certainly galvanized tenant activists to help the Mar campaign, and they held a protest at the Association of Realtors office on Monday night.

Christina Olague was heading to victory before the Mirkarimi vote, and now will pick up additional progressive support for voting to reinstate the sheriff. Ed Lee supporters unhappy with her vote do not have a clear alternative, as her three nearest competitors have all expressed great opposition to the mayor.

On October 15, Supervisors Campos and Avalos withdrew their endorsement of Julian Davis over a “cease and desist” letter his attorney wrote to a woman who had charged Davis with sexual harassment.
Davis had only raised $30,000 as of the most recent reporting period, and Avalos was touting Olague as his second choice even before the SF Weekly broke the story of the attorney’s letter.

Olague has the strongest progressive history of any D5 candidate, yet her support from Mayor Lee, Rose Pak and Willie Brown led some progressives to ignore her own positions on issues. Her vote for Mirkarimi’s reinstatement seems to have led these critics to give her a second look, and she now is positioned to do very well among progressive voters.