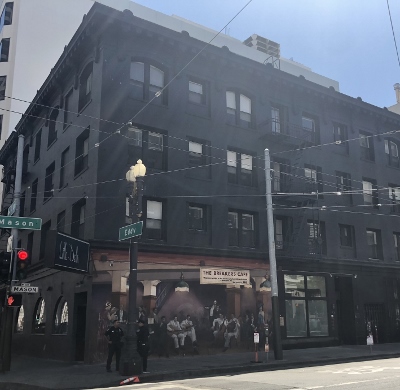 When San Francisco banned non-essential SRO hotel visitors last April, it made perfect sense. Congregate living spaces were seen as prime venues for spreading COVID. Protecting tenants demanded that those from outside the building not roam halls and use common bathrooms. Essential visitors providing food or medical treatment were still permitted so long as they wore masks.

I supported the Health Department’s ban despite my filing a lawsuit in 1983 that established that San Francisco’s SRO tenants have a constitutional right to visitors (my co-counsel included William Alsup of Morrison & Foerster, now a federal judge).  At the onset of the shelter in place shutdown there was a consensus that visitor restrictions were essential to combat the spread of the pandemic.

But five months is a long time to deny visitors to SRO tenants. It’s time for city health officials to take another look. Especially when those with private bathrooms have more in common with apartment residents whose visitor rights have not been restricted. And when there has not been a single major COVID outbreak in a Tenderloin SRO while there have been multiple outbreaks in apartments.

Outbreaks in apartments have not prompted new visitor bans. Yet the assumption that apartment visitors will only go the tenant’s unit is the same in private bath SROs.

Last week, Mayor Breed announced a widespread modification of restrictions. Restaurants, nail salons, indoor gyms, and other facilities will have interactions among people that were previously banned.

A similar medical review is needed for SRO visitors. I suspect that DPH has not SRO visiting restrictions on its radar.  It needs to consider changes now.

There were a ton of articles when the pandemic began about the particular risks to those in congregate living. But here’s what we now know.

The housing situation that has most often led to the spread of the coronavirus is overcrowded apartments. Multiple people living in close quarters prevents social distancing. And considering most living in overcrowded apartments work outside the home, the risk of connecting with those having COVID-19 and then bringing the virus home is far greater.

The vast majority of SRO tenants outside Chinatown live alone. In the over 20 buildings my organization leases and manages, the vast majority of tenants do not work outside the home. Many do not often leave their rooms in the best of times. Overall, their contact with other people is far more limited than apartment tenants.

For many SRO tenants, a close friend or significant other is their only sustained human contact. This explains why the incidence of COVID in Tenderloin SROs is fall below expectations, despite the neighborhood having three times the positive rate of San Francisco as a whole.

I question whether the science still supports the absolute non-essential ban. If it does, the Department of Health needs to publicly explain this to the thousands of impacted SRO tenants. Nobody wants a relaxation of the visitor ban to prompt an outbreak. But when the city does no enforcement of social distancing on the drug dealer filled sidewalks of the Tenderloin and Sixth Street, telling an SRO tenant having to navigate these sidewalks that having a friend come to their room is too risky seems very inconsistent.

What should the new SRO visitor policy be? That’s clearly a medical question. But I offer a few suggestions.

First, tenants with private bathrooms should be allowed non-essential visitors. These visitors offer no risk infecting other tenants due to common bathrooms. They also will not be walking down hallways to get to bathrooms.

Second, some visitation rights should be granted all SRO tenants. It’s time to start the percentage of normal approach being used for restaurants (25% indoor dining), indoor gyms (10%) and other facilities. I don’t know the right number but it’s hard for me to believe that any relaxation of the current ban would be medically risky.

I hope the Health Department takes a look at SRO visitor rules. Perhaps a Board of Supervisors resolution urging a review of the SRO visitor ban can jump start the process.