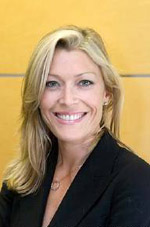 While many will accept at face value that the $10,000 payments to Ruby Rippey-Tourk were “not illegal,” the City Attorney’s 19-page memo released yesterday raises more questions than answers. Based on the facts presented, the City could be subject to millions of dollars in liability from employees who were denied payments under the Catastrophic Illness Program – while the Mayor’s ex-girlfriend got a large sum for her alcohol abuse.

The problem is not that the payments were made retroactively, nor that Rippey-Tourk received them after leaving the Mayor’s Office. The question is why Public Health Director Mitch Katz allowed her substance abuse problem to qualify as a “catastrophic illness” – when all other such applications on the same grounds were denied. Another issue that the report quietly dismissed is whether Rippey-Tourk was working at Benefit Magazine while accruing these payments, which if true would be a clear violation of the Civil Service Code.

City Attorney Dennis Herrera concluded that loopholes in City policy explain why Rippey-Tourk improperly received payments – not a case of blatant abuse of discretion by a Department Head that may have been the product of undue influence. As the report acknowledged at the outset, Alex Tourk and his wife both refused to speak to investigators – which severely hampered the City Attorney’s ability to gather facts. Without a clear “smoking gun,” Herrera could say that his Office found no concrete violations of the law, despite abundant evidence that the City could be in deep trouble.

The City’s Catastrophic Illness Program allows City employees who are suffering a “life-threatening illness or injury” to take paid time off – after they have exhausted their sick and vacation leave, and do not qualify for disability leave. Because she was suffering from alcohol abuse and undergoing rehabilitation, Rippey-Tourk went on unpaid leave from her job in the Mayor’s Office for about three months – and was later reimbursed over $10,000 for this time period.

1,297 City employees besides Rippey-Tourk have applied for paid leave under this program. But according to the report, the vast majority involved medical conditions like cancer, AIDS, heart attacks or serious accidents. Less than a dozen applications were based on alcohol or substance abuse alone – and all were rejected. A few were granted for illnesses caused by alcoholism (like liver disease), but none besides Rippey-Tourk were ever granted on alcohol abuse alone. Based on the evidence, it’s clear that for whatever reason she was singled out for different treatment.

But this was not illegal, said Herrera, because the Ordinance allows anything to be a “catastrophic illness” – as long as it’s defined by the Department of Public Health. Mitch Katz of the Health Department personally approves applications for this program, where City employees must fill out a form and get Certification from their doctor that they have a “life-threatening illness or injury.” Katz is allowed to question the applicant’s doctor (and even demand a second opinion), but he told the City Attorney that he never does – and generally takes the Doctor’s Certification as sufficient.

In his report, the City Attorney muddied the waters on the question of whether alcohol abuse is a “catastrophic illness” by pointing out that the Civil Service Rules qualify it as a basis for sick leave. But there’s a difference between generic “sick leave” that every employee is entitled to – and catastrophic illnesses that are for special situations where the employee’s life is truly in danger.

The question here is – what standards did the Health Department employ for who qualifies for a catastrophic illness? If there were none, the City could get sued by disqualified applicants for an abuse of discretion.

Incredibly, Katz told City Attorney investigators that “substance abuse alone is not sufficient to qualify” for the paid leave, and that the only way an alcoholic can qualify is if the condition is “coupled with other concerns or manifestations of life-threatening behavior.” Nevertheless, he personally approved Rippey-Tourk’s application without an explanation of why this case was different – or if she had extenuating circumstances.

The City Attorney could not get access to Rippey-Tourk’s medical records or speak with her doctor, because she and Alex Tourk repeatedly refused to talk to investigators. Confidentiality rules under the Ordinance don’t allow outside access to this information without the patient’s consent. But meanwhile, the report said that Rippey-Tourk waived her right to conceal the fact that she got the catastrophic pay because her spokesperson acknowledged it to the press.

To show a parallel with criminal law, the Fifth Amendment gives defendants the right to remain silent. But if a defendant chooses to testify at trial, they have waived that right and cannot later “take the Fifth” when the prosecutor starts asking tough questions. Similarly, Rippey-Tourk admitted that she took paid leave under the Catastrophic Illness Program when she had the right to keep this confidential – but now refuses to talk when the City Attorney wants to ask questions about troubling details.

Katz told the City Attorney that he never had a conversation with Newsom about the Catastrophic Illness Program in general, or Rippey-Tourk’s application in particular. But Department Heads are at-will employees who serve at the pleasure of the Mayor, and it was an open secret at City Hall that Rippey-Tourk was having an affair with Katz’s boss.

Newsom didn’t have to tell Mitch Katz to approve her application – enough grounds existed to suspect undue influence. But the City Attorney merely concluded that there was “no evidence” of improper influence because there was no “smoking gun.”

Another question that the City Attorney asked is whether Rippey-Tourk was working at another job during the time that she got the $10,000. Sections 120.11 and 120.21 of the Civil Service Code clearly prohibit any employee from working while on sick leave – whether paid or unpaid. Rippey-Tourk left the Mayor’s Office to go work at Benefit Magazine.

The City Attorney gave short shrift to the issue, as they concluded that she didn’t technically start getting paid at Benefit until September. But they also acknowledged that she was at least working for Benefit on a volunteer basis earlier.

The Civil Service Code is very explicit that a City employee can’t work while on sick leave – regardless of whether the sick leave is paid or unpaid. But it says you can’t be “working in any other employment” – and is vague as to whether the work must be a paying gig. In other words, Rippey-Tourk may have broken the law by working at Benefit and receiving sick leave from her previous job.

Newsom’s people will hope that the City Attorney’s report will put an end to the Rippey-Tourk scandal – as it claims that there was “nothing illegal” about her getting paid through the City’s Catastrophic Illness Program. But there are some serious questions as to whether she was working at the time while accruing the $10,000.

Moreover, it’s unlikely that a mere alcohol abuse problem is a “life-threatening illness.” Even if the law gives Mitch Katz discretion to decide what illness is “life-threatening” in order to get the catastrophic sick leave, the City could be in serious trouble for abusing its discretion. Not to mention charges of undue influence.

EDITOR’S NOTE: Paul Hogarth is an attorney licensed to practice law in California. However, this article is not to be taken as legal advice. Send feedback to paul@beyondchron.org