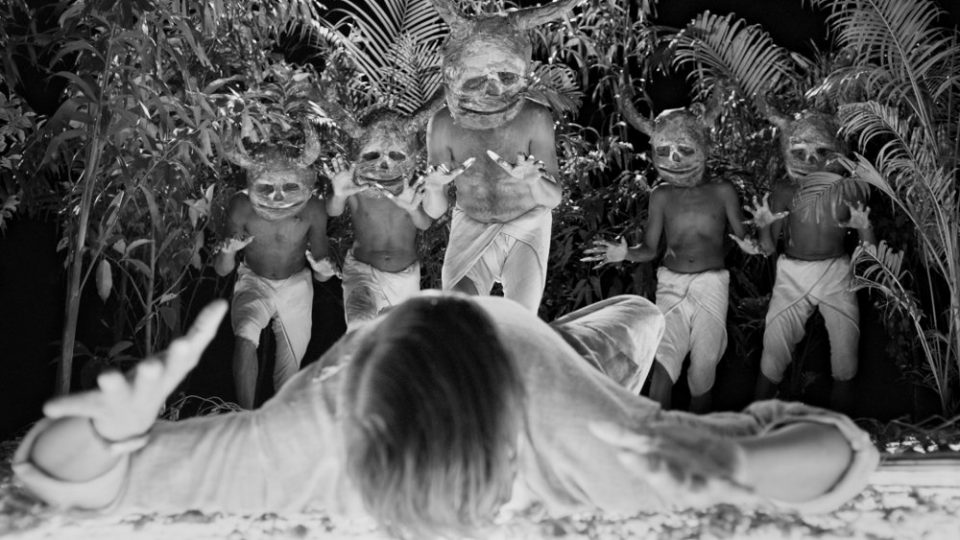 San Jose’s Cinequest Film & Creativity Festival, the South Bay’s premiere celebration of film and other creative arts, turns 30 this year.  Voted by USA Today readers as the nation’s best film festival, this anniversary edition of the festival runs from March 3-15, 2020 at various venues in San Jose and Redwood City such as 3 Below and the Century Downtown 20.

Aside from screening 321 films (both features and shorts) from 52 countries around the world, the festival also offers special award events, soirees and parties for Cinequest attendees to get together, a Virtual and Augmented Reality lounge, and even a live art contest.

Cinequest 30’s Opening Night kicks the festivities off with Bob Krakower’s documentary “John Pinette: You Go Now.”  For those unfamiliar with Pinette, he’s a large comedian in the tradition of John Belushi and Chris Farley. This son of a blue-collar Massachusetts family went from stand-up comedy to becoming a regular on “The Tonight Show” to even guest-starring on the final episode of “Seinfeld.”  Krakower’s film revisits the comedian’s life and career, and has interviews with such fellow comedians as Lewis Black and Howie Mandel.

For those who prefer weirder flavors of comedy, check out Jessica Woodworth and Peter Brosens’ “The Barefoot Emperor.”  King Nicolas III of Belgium is forced to recuperate at Dr. Kroll’s Croatian island sanitorium after receiving a minor gunshot wound.  But things take a crazy turn when the doctor takes advantage of European dissolution to form a new regime called Nova Europa with King Nicolas as its first monarch.  The Belgian royal and his entourage have other plans, though..

For real-life weirdness, Michael Paszt’s documentary “Nail In The Coffin: The Fall & Rise Of Vampiro” might do the trick.  How did subject Ian Hodgkinson go from Canadian punk rock fan to directing Mexico City’s biggest wrestling event? That life journey includes working for notorious rock duo Milli Vanilli and Hodgkinson becoming superhero wrestler Vampiro.  But the throughline of Hodgkinson’s life is being a good father to his daughter.

Did you know that early Chinese immigrants used to live in the American South from the mid-1800s to the mid-1900s?  Baldwin and Edwin Chiu didn’t until they decided to research the Chiu family history. Their efforts would take them to Pace, Mississippi, where they would learn about the complicated historical relationship among the black, white, and yellow races in that town.  Larissa Lam’s documentary “Far East Deep South” recounts what they found.

“Uncle Peckerhead,” the titular character in Matthew John Lawrence’s horror comedy, is a roadie who oozes Southern charm.  For the punk band embarking on their first road tour, he’s a godsend. But when the band members discover Peckerhead is a cannibal, their working relationships need to be re-evaluated pronto.

By contrast, the spring break road trip taken by three young Venezuelans in Alejandro Bellame Palacios’ “Opposite Direction” involve far tamer goals.  The trio seek everything from a grandfather to answers to life’s most difficult questions. Given the sociopolitical turmoil currently gripping Venezuela, it’s unlikely the trio will be successful.  And yet beautiful memories will wind up being generated by this trip.

Don’t forget to make time to try the Virtual Reality experiences being offered by Cinequest.  You can sail off Chicago’s coast in “Columbia Cup Regatta” or see how a slow loris eats lunch in “Slowlo.”  You can join Doctor Who in trying to get a runaway ball of explosive energy home in “Doctor Who: The Runaway” or have a life after death experience as a Taiwanese political prisoner in “Bodyless.”  For those who want to see what a drug trip rendered in VR looks like, try “Ayahuasca – Kosmik Journey.” For something a little less wild, join Sir David Attenborough as he gives up close and personal encounters with extinct creatures in “Museum Alive With David Attenborough AR.”

It’s doubtful VR could satisfactorily replicate the weirdness of Aniket Dutta and Roshni Sen’s “Ghost Of The Golden Groves.”  In these two stories of the fantastic viewers will encounter masked humans, a sudden time warp, a creepy harmonica scene, and a door that opens onto some place unexpected…

Cinequest’s Maverick Spirit Awards honor creators and innovators willing to stand apart from the crowd to pursue creating original work.  One of this year’s Maverick Spirit recipients happens to be in her 90s. Despite her age, Beat poet ruth weiss still creates poetry and still performs.  The Spirit Award event includes a screening of a new documentary about weiss (“ruth weiss: beat goddess”), a panel conversation with weiss, and a performance by weiss and her band.

In Caitlin Farrugia and Michael Jones’ comedy/drama “Maybe Tomorrow,” a young Australian couple attempts to juggle caring for their newborn baby while also managing their household and producing a film on schedule.  The tale of this couple’s efforts to keep their dreams alive won a Best Australian Independent Film award.

Despite the title, “Willow,” has no relation to the Ron Howard-directed fantasy film.  Instead, director Milcho Manchevski tells three different stories across time linked by the theme of a mother’s love for her child and the ordeals these women undergo for that cause.

Visual weirdness seems likely in Carlos Segundo’s Brazilian drama “Slits.”  The title refers to the variations of light that quantum physicist Catarina studies.  Her experiments with distorting images leads her to discover a new sound spectrum, where she finds things inside of things.  Combine these images manipulated by the scientist with footage of the Brazilian landscape, and the results might be called magical.

A different sort of hidden world is revealed in the Pradip Kurbah drama “Market.”  It’s set in the northeast Indian marketplace known as Iewduh. The market’s inhabitants may include incredibly poor people who live their whole lives in the market.  But despite their economic hardships, these residents have dreams and care for each other.

In Tokyo, lonely people can pay to “sleep” with someone, but not for sex.  Instead, these cuddlers provide safe comfort and the pleasures of a warm embrace.  Tasuku, who’s bouncing back from a romantic breakup, decides to become a cuddler. As he learns in Takehiro Shindo’s “Closet,” his customers have their true selves deeply hidden in their own proverbial closets.

Surprising true selves also get revealed in Beth and George Gage’s documentary “A Home Called Nebraska.”  The assumption that Nebraska residents are uniformly behind the Orange Skull’s insanely low cap on refugees gets a nice debunking.  Meet Nebraska communities that help refugees and even form unlikely friendships.

On the other hand, the friendship between Mikuan and Shaniss may be in danger of falling apart.  The two girls are growing up in Quebec’s Innu community in two very different home environments. In addition, having two very different dreams and Mikuan’s growing relationship with a white boy may put paid to a friendship that began in childhood.  Myriam Verreault’s “Kuessipan” tells what happens.

People who didn’t have much of a relationship to begin with can be found In Jiri Havelka’s comedy-drama “Owners.”  The titular group of co-op apartment owners may meet regularly to handle common problems. But stubborn egos and the general inability to agree on anything don’t result in much getting done.

In Matias Ganz’ dark social satire “A Dog’s Death,” the accidental death of a dog at a veterinary clinic sends a retired couple’s life into a tailspin.  The life lesson here is that family relations and conspiracy theories really don’t mix well…especially after the results are cover-ups, street protests, and worse.

Bad medical diagnoses with terrible real world effects can be seen in Tricia Regan’s documentary “Ms. Diagnosed.”  The film shows how assuming both men and women exhibit the same symptoms for such serious medical problems as heart attacks leads to incorrect diagnoses and care for female patients.  What makes the problem worse is that many medical professionals don’t even know that this difference in symptom development exists.

A truly twisted take on imagining existence in someone else’s skin can be found in Ryan Kruger’s science fiction/horror tale “Fried Barry.” Messed-up drug addict Barry gets his body taken over by an alien who wants to experience life as a human.  But encountering graphic sex and really nasty violence might not be the ideal experience for understanding the human race.

Twisted in a far different way is the job training video at the core of “Survival Skills.”  Quinn Armstrong’s dark satire is set up as a training video following rookie cop Jim’s efforts to learn the proverbial ropes.  Yet Jim’s penchant for disobedience and the extremities of his willingness to protect and serve raises questions about his own long-term survival.

Hairstylist Jay Sebring was definitely a non-survivor.  He, along with actress Sharon Tate and other party guests, were murdered by the Manson Family.  But the hairstylist was more than just a murder victim. If you’ve ever seen pictures of Frank Sinatra and Steve Mc Queen in the 1960s, their iconic looks were partly created by Sebring’s styling of their hair.  Director Anthony Dimaria’s documentary “Jay Sebring–Cutting To The Truth” introduces viewers to this man who was once a pillar of Hollywood society.

The lure of Hollywood provides motivation for the protagonist in Jake Horowitz’ romantic comedy “Who You Know.”  Aspiring screenwriter Cole comes up with an unusual plan to get his big break. When he learns Haley happens to be the daughter of his Oscar-winning screenwriting idol, he applies his screenwriting skills to get to the famed writer through Haley. However, there’s a big difference between life and a movie script in how things play out.

The A.I. road testers in Oleg Asadulin’s thriller “The Presumption Of Guilt” also find themselves going off script.  They’re four young law students and a school administrator who role play various criminal justice system participants in a mock courtroom to help try out a new A.I. intended for judicial use.  But unpleasant secrets, beginning with the A.I. program taking part in the role play, soon turns up the psychological pressure.

Facing their dark secrets may help the small family trapped in the old Hotel Normandie to escape their sudden prison.  But in the unending evening of Kourosh Ahari’s U.S.-Iranian co-production “The Night,” figuring out what’s true or not is harder than it appears.

For a more relaxed cinematic experience, take a trip to New Idria courtesy of Ben Guez and Sasha Kulak’s “Quicksilver Chronicles.”  Once America’s second-largest producer of mercury, the former mining town is now little more than a Superfund site. As the viewer learns about the lives of New Idria’s sole residents, film subjects Kate and Kemp Wood, the documentary also shows the bleak beauty of the former mining town.

Bleakness without beauty will probably be found in Geetu Mohandas’ Sundance Global Filmmaking Award winner “The Elder One.”  What begins as Mulla’s quest to find elder brother Bhai in Mumbai turns into an immersion in Mumbai’s street level cesspools of crime and brutality.  And then there’s the gay romance…

For those seeking inspiration instead of despair, Robert Abbott’s documentary “Port Of Destiny: Peace” might be a go-to film.  It tells how a former war hawk brought peace to a country long riven by civil war. Colombian President Juan Manuel Santos sacrificed his politics and his office to develop a peace accord which ended the Colombian government’s decades long war with the FARC.  Santos’ efforts would eventually earn him a Nobel Peace Prize.

Obviously, this is only a small sample of what Cinequest is presenting this year.  But whatever you choose to see at Cinequest 30, get ready to cinematically bliss out in a San Jose or Redwood City theatre.

(For further information about this year’s Cinequest program, go to www.cinequest.org .)