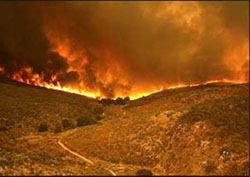 With Proposition 98 on the June ballot, the San Francisco Chronicle is attacking rent control at every opportunity – hoping to whip up a mass hysteria for the most extreme right-wing ballot measure in decades. In two editorials in two days, the Chronicle took two different topics – and managed to flip them both into maniacal, over-the-top assaults on rent control. First came a Sunday Editorial denouncing the push for more affordable housing in Treasure Island and Bayview – which became a character assassination on the San Francisco Tenants Union. Then yesterday, editorial writer Caille Millner wrote an op-ed against Tom Ammiano’s chain-store legislation – which ended by condemning the City’s rent-controlled tenants. If San Francisco has had rent control for nearly 30 years, why is the Chronicle suddenly attacking it now? Do they want Prop 98 to pass – even if it would rip up environmental laws, ruin affordable housing and jeopardize our water laws – just because they hate rent control? Based on recent coverage, it certainly seems that way.

Everyone knows that the Chronicle hates Supervisor Chris Daly – but did they have to bring up rent control and the Tenants Union in their latest Daly-bashing Editorial? The transition was certainly suspect. After condemning the District 6 Supervisor’s push to get more affordable housing built on Treasure Island and Bayview, the Sunday Editorial then switched to talking about SB 1299 – a state bill that Chris Daly (who is a local elected official) has no official capacity to introduce.

SB 1299 – which would allow cities to require landlords who demolish rent-controlled housing to replace it with rent-controlled units – is a “boneheaded bill,” said the Chronicle. It is sponsored by the San Francisco Tenants Union, they said, “which goes a long way towards explaining what’s wrong with it.”

Besides using it to bash the Tenants Union, why does the Chronicle think SB 1299 is such a bad idea? Because, said the Chronicle, landlords would not pay the cost of building something new “if they can’t make a profit.” Never mind that landlords already make a profit under rent control. In order to pass constitutional muster, every rent control ordinance in the state must give landlords a “fair return on their investment” (or else the landlord can sue.)

If the Chronicle wants to jump to these conclusions, maybe they should have first consulted Angelo Sangiacamo – the local S.F. landlord whose rent hikes in the 1970’s prompted Mayor Dianne Feinstein to sponsor a rent control ordinance. Sangiacamo is currently tearing down his Trinity Plaza property – which houses 360 apartments – and, pursuant to a deal that he struck with the City, will replace each and every one of these units as brand-new rent-controlled housing. He wouldn’t be doing this if he didn’t think he could profit, disproving the Chronicle’s thesis.

But the Chronicle doesn’t let the facts get into the way of their opinions – and certainly not when there’s an opportunity to repeal rent control in California on the June ballot.

On yesterday’s op-ed page, Editorial Writer Caille Millner wrote a bizarre rant about Supervisor Tom Ammiano’s chain-store legislation. Concerned about the threat of big business in the Mission and Bernal Heights – and how they could drive out local “mom-and-pop” stores – the District 9 Supervisor wants to expand the ban on formula-retail that currently exists in North Beach and Hayes Valley into commercial corridors of his neighborhood. Predictably, Millner denounces it as a wacky leftist idea.

But then Millner uses one statement made by a supporter of the legislation to transition her column into an anti-rent control tirade – shifting from the plight of small businesses (and whether they need protection) to the evils of rent stabilization. Millner gloats about a “gotcha!” moment that she had with a local Mission District activist, pronouncing: “now that I know what [the chain store legislation] is really about, I feel even better about condemning it.”

Unlike the Chronicle’s Sunday Editorial, Millner doesn’t attack rent control for what it does to landlords and their poor profits. Instead, she targets those lazy tenants who are “hunkered down” in their apartments for decades – “too sucked in by the cheap rent to ever move somewhere else or buy their own homes.” She then trots out the old “Econ 101” argument that rent control opponents always use – neglecting, of course, that by that logic we should also abolish the minimum wage, the 8-hour workday and child labor laws.

I don’t even know where to start in responding to Millner’s insulting, demeaning and juvenile attack on people who didn’t buy San Francisco real estate. First, rent control gives tenants enough stability that they become invested in their community – a privilege that only homeowners otherwise get. Second, rent control helps tenants become homeowners – because it helps them save enough so that they can afford to make their first down payment. Unlike what Millner would want us to believe, I’ll be moving out of my rent-controlled apartment soon – because I’m buying a new condominium.

But what was truly bizarre about the Chronicle’s Sunday Editorial – as well as Millner’s column yesterday – was not that they repeated the tired anti-rent control arguments we have all heard a thousand times before. Nor that they jumped to conclusions about rent control that are factually incorrect. It’s that both pieces took seemingly unrelated issues, and used it as an opportunity to shift the argument back to attacking rent control. Other than Prop 98 being on the ballot, there doesn’t seem to be any other reason for doing so.

The Chronicle has always been hostile to tenants’ rights – and over the years opposed pro-tenant legislation and ballot measure with vituperative editorials that bordered on the hysterical. But with its latest attack on rent control, they are seriously playing with fire – as it could affect the outcome of Proposition 98. Besides banning rent control, Prop 98 endangers every tenant protection in the state, undermines our environmental laws, would make it hard to build affordable housing – and even risks the retrofit of Hetch Hetchy.

With Prop 98, the stakes are too high to let the Chronicle get away with these attacks.

EDITOR’S NOTE: Paul Hogarth was an elected Commissioner on the Berkeley Rent Stabilization Board from 2000 to 2004.