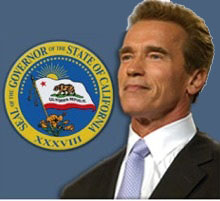 I wrote on February 24 that the San Francisco Chronicle’s front-page story falsely claiming “momentum” for Governor Schwarzenegger (See “A Bad Week for the Chronicle,”) was part of a long running, pro-Arnold disinformation campaign. Further support for this assessment comes in a story in the Sunday, February 26 New York Times, “Schwarzenegger is Forced Into a Political Tightrope Act,” that notes how the Governor is in fact“ politically wounded and searching for support even among the normally reliable base of backers at the (Republican) functions.” The differing political assessments in the Chronicle and Times would alone not prove bad faith, but the Times’ reportage of significant poll results that the Chronicle intentionally omitted certainly does.

It’s getting hard to keep up with the Chronicle’s misleading coverage of California’s 2006 Governor’s race, but the stakes are so high that we will try our best to expose their poor reporting.

Consider the latest: a Public Policy Institute poll last week that found only 40% of voters approved of Schwarzenegger’s performance, and that 33% of Republicans held negative views of him. This means that our Governor is about as popular in California as President George W. Bush, though the latter draws more support from Republicans.

This poll came out the same week that the Chronicle’s Carla Marinucci reported that Schwarzenegger had regained the popularity he had in 2003. It looks like James Frey is not the only “nonfiction” writer who believes it is fine to make up facts.

Interestingly, the poll results ignored by the Chronicle’s news division appeared yesterday in its Insight section. Bill Whalen, a fellow at the conservative Hoover Institution and former speechwriter for Governor Pete Wilson, noted that Schwarzenegger’s poll numbers among likely voters have actually dropped 5 points since January.

So much for the Chronicle’s claim of Arnold’s “momentum.”

It is quite a comment on the Chronicle’s news editors that it allows a reporter to get a front-page story so wrong. We have reached a point wheret the Hoover Institute is a far more reputable news source on the Governor’s race than the supposedly unbiased San Francisco Chronicle.

The Chronicle owes its readers an explanation. And readers would be wise to ignore all Chronicle stories about the Governor’s race until its editors address their credibility gap.