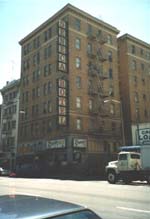 The San Francisco Chronicle’s three-part “Shame of the City” series this week ended October 31 with an article, “Money well spent? The City Can’t Tell.” According to the Chronicle, “the number of people living on the street is down but the city is still unable to track in a meaningful way the performance of nonprofit groups it pays tens of millions of dollars a year to provide services.” That’s a pretty harsh indictment—and it is also false.

San Francisco government requires its nonprofit contractors to provide extremely detailed data on the homeless clients served, and this information is even available on city websites. The Chronicle did not do its homework on this story, and seems trapped in its mantra that the public sector can do nothing right.

Given my experience with Chronicle reporters Kevin Fagan and Todd Wallack, it is frankly hard to believe that they could author such an inaccurate article on San Francisco’s homeless programs. I have personally told both reporters about the stringent reporting requirements for the city’s hotel leasing program, and Human Services and Health Department officials had to have explained to them that the progress of homeless persons in city-funded housing programs is carefully tracked.

This site provides detailed monthly updates on those placed in housing through Care not Cash. In addition to this site, nonprofits file monthly reports with the city that state how long homeless clients have lived in housing, how many received support services, and the demographics of the client population.

All of these monthly reports are public records that anyone, even reporters, is free to review and copy. Nobody reviewing these reports could possibly conclude, as the Chronicle does, that the city is not tracking the performance of nonprofit groups serving homeless persons.

One of the ironies of the Chronicle story is that the Newsom Administration has been criticized for overwhelming reporters with facts and figures about the success of its homeless programs. The Chronicle must get the same fact-filled mayoral press releases on homelessness that I do—are they not being read at 5th and Mission?

The entire basis for the Chronicle report appears to be from Controller Ed Harrington’s comment in 2002 that “the city has not been able to ensure that this money has gone where it is most needed.” The Chronicle then extrapolates from this assertion the wholly inaccurate claim that “the city has been without the necessary information to determine which contractors are producing results and which aren’t.”

Consider Harrington’s claim. Can anyone honestly state that any institution, whether the San Francisco Human Services Agency, the Bank of America, PG & E, or even the San Francisco Controller’s office, is “ensuring that money is going where it is most needed”?
This is a subjective standard, not one based on accounting principles or on an objective “best practices.”

Contrary to the Chronicle’s assertion, the City knows exactly what nonprofit contractors are producing for the money they get. To the extent less productive contractors receive funds—which occurs at every level of government, as the billions squandered by Haliburton for Iraq reconstruction shows —the reason is not a lack of data, it is an excess of politics.

There is simply no way to prevent elected officials from steering government contracts to political allies who meet the minimum requirements. For example, back in the mid-1980’s Dianne Feinstein pushed money toward a Chinatown-based nonprofit political ally for an energy conservation program.

After six months, the group provided no evidence that anyone had benefited. City administrators then tried to cut the program’s funding the following year, but Feinstein refused.

The data of non-productivity was there, but political factors intervened.

Contrary to popular mythology, nonprofit organizations who contract with government entities are overwhelmed with reporting requirements. Passed in the name of “accountability,” these requirements divert nonprofit staff and budgets from serving human needs. And in many cases—as with the federal Legal Services Corporation—the forced diversion of resources away from client services and toward audits and paperwork fulfill’s conservatives’ agenda of eviscerating programs that serve the poor.

While the Chronicle’s “Shame of the City” series has continued for years, the paper has not run any series titled “Shame of the Federal Government” for its abandonment of affordable housing.

So long as the media keeps voters focused on alleged government misspending or unaccountability, few will ask about the unwillingness of the wealthiest nation in the world to house millions of its poor.