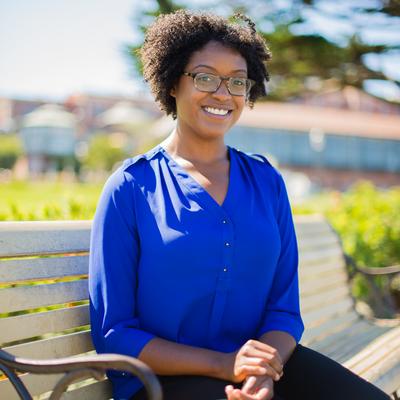 Why She Can Win

Christine Johnson, a former Planning Commissioner who was previously the San Francisco director for SPUR, has filed papers to run for D6 Supervisor. She faces Matt Haney and Sonja Trauss in a marquee local race for November 2018.

Johnson’s filing has been expected for months. After she resisted efforts to recruit her to run in December 2016 and June 2017, by last October she was changing her mind.

No, it is not “too late” for a new D6 candidate. In 2003, Matt Gonzalez filed to run for mayor less than four months before the November election. He finished second, beating candidates who had planned their 2003 campaigns years in advance. Gonzalez then nearly defeated Gavin Newsom in the December runoff. Many top tier mayoral candidates and winners like Art Agnos in 1987 did not announce until much less than a year before Election Day.

Johnson was not ready to run in December 2016 or June 2017 but is ready now. That she previously decided against running will be a non-issue with voters.

Johnson’s greatest strength may be her personal life story.

She was raised in New York City by a mother who worked two jobs to give her daughter a better life. She  grew up in a neighborhood where kids had to walk by drug dealers, so she personally understands what Tenderloin residents go through today. Whereas both Haney and Trauss had at least one parent who was a professional (Haney’s dad is a psychologist and Trauss’ is a tenants’ attorney) Johnson’s family was working-class.

Johnson seized the opportunity for a scholarship to attend private high school and to then go on to Smith College. She was headed toward a future in engineering when she got interested in finance and urbanism; this led her to getting involved in civic affairs and her race for D6 supervisor.

Johnson is a longtime D6 resident. She lived on Treasure Island in D6 for eight years and now lives in Mission Bay with her husband and a young son. Trauss had a baby in December so there could be two young D6 residents out on the campaign trail.

Johnson was a hard-working and thoughtful Planning Commissioner. There is a steep learning curve on the Commission as it deals with a broad swath of issues. Johnson has been a strongly pro-housing and will be backed by many in the housing industry.

Many D6 voters will connect with Johnson’s working-class background. She is best positioned of the three top candidates to win votes in every corner of the district. She can relate to millennials paying the high rents or condo prices in SOMA and her personal background connects her to the low-income and working-class people of the Tenderloin and Sixth Street. David Ho, her field coordinator, performed the same job in D6 for Jane Kim’s 2010 campaign and Mayor Lee’s 2011 effort; Ho knows how to win Chinese-American votes in D6.

Johnson is the only person of color among the top three candidates. A lot of people asked me last fall why diverse D6 had two white candidates running against each other; Johnson changes this, and progressive votes prioritizing diversity could back her over Haney.

Johnson’s biggest challenge is that the Haney and Trauss campaigns are already in full swing. Haney raised $143,000 from over 700 donors prior to the December 31, 2017 end of reporting period. He had over 500 people at his campaign kickoff.

Haney has been endorsed by Mark Leno and Jane Kim, and will win most progressive endorsements. He has also won two citywide elections on the School Board. This position is the leading stepping stone to winning a seat on the Board of Supervisors (e.g. Supes Kim, Yee, and Fewer).

Trauss has raised over $100,000 despite being occupied with giving birth to a baby boy at year’s end. She has a passionate support base, some of whom encouraged her to run after Johnson pass on the race in December 2016. Trauss is backed by State Senator Scott Wiener and Assembly member David Chiu. She is also a nationally recognized leader in the movement that supports building significantly more new urban housing (aka the YIMBY’s).

Johnson will lack major endorsements but Kim won in 2010 without any major Democratic Party or progressive backing (and with the Party spending $200,000 to defeat her). In district elections, voters have plenty of chances to personally meet the candidates. They make up their own minds based on their experience and are less influenced by endorsements

Johnson endorsed Kim against Wiener in the State Senate race last year and Kim regularly promotes the empowerment of women of color. I would expect Kim to co-endorse Johnson soon. Johnson is also likely to get some other major endorsements that political insiders are aware of but I am not at liberty to disclose.

Why Johnson Can Win

Who will get more votes: the combined Trauss-Johnson candidacies or Matt Haney? If you think the former, Johnson’s path to victory is clear.

Assume based on past district elections voting that at least 80% of D6 voters include a second-choice on their ballot. Also assume that supporters of Trauss and Johnson, both of whom are very pro-housing development, overwhelmingly make the other their second choice.  This means that whichever gets the most first place votes between them is in a solid position to overtake Haney’s initial edge.

Many believe that person will be Johnson. This is due to her personal magnetism and the strong negative campaign being waged against Trauss (Trauss’ success at promoting housing has unleashed vitriol against her). Johnson is the one candidate in the race that does not provoke negative feelings in the district. She can attract first place votes across D6 as well as the second place votes of her rivals.

Haney’s challenge is pulling votes outside his progressive base. He also faces a challenge holding on to progressive support against Johnson’s challenge. It will be interesting to see how his campaign attempts to accomplish both.

I think the D6 race will be won by the candidate who voters see as best ensuring geographic equity. Specifically, the candidate they think will best protect D6 from accepting inequitable levels of homeless and social services, and a lack of police services that effectively treats the Tenderloin as neighborhood undeserving of public safety.

Strong opposition to the city’s plans to open a 24 hour homeless drop in center at 440 Turk in the Tenderloin reflected a D6 electorate that supports affordable housing but is tired of being targeted for new services. Despite all of the rhetoric coming from City Hall about spreading services across the city, this has not happened.

Frankly, I do not expect this unfair, classist and discriminatory dynamic to change with the election of a new mayor. It will take a new supervisor willing to aggressively and publicly demand equity in police and homeless services in D6 to finally force City Hall and the SFPD to change.

D6 has thousands of voters living in affordable housing who do not feel comfortable walking down their block due to public drug dealing. They want to know what the candidates for supervisor intend to do about it if elected.

A lot can happen before November’s election to alter the D6 race. But voters are assured of having three strong candidates working hard for their vote– that alone is good for the district.

Randy Shaw is Editor of Beyond Chron. He discusses the Tenderloin portion of D6 in The Tenderloin: Sex, Crime and Resistance in the Heart of San Francisco.