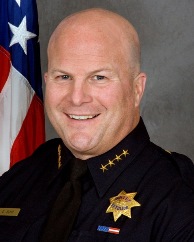 Soon after taking office in 2012, Sherriff Ross Mirkarimi proposed a new jail transfer practice to increase police officers on Tenderloin streets. But while SFPD Chief Suhr supports the plan for other neighborhoods, he has rejected it for the Tenderloin.

Why does the SFPD tolerate public drug dealing in the Tenderloin that it prevents in other neighborhoods?

Why is Chief Suhr blocking the implementation of a new policy toward Station Transfer Units that would increase Tenderloin police on streets by an estimated 20% while saving the city money?

“Station Transfer Units” refers to the process that occurs after a police officer brings a suspect to jail. Under current policies, the police officer must wait in the jail for even as long as three hours while those arrested are processed. Given the high volume of Tenderloin arrests, this keeps large numbers of beat officers off the streets.

A smarter strategy is to have deputy sheriff’s administer the transfer process. When I asked Tenderloin Captain Jason Cherniss last fall what was the single most important thing we could do to reduce Tenderloin crime, he cited this change in transfer policy, which I had never heard of.

Cherniss asked the Sheriff’s office earlier this year to approve the new transfer procedure for the Tenderloin. He was likely unaware (as I was) that Mirkarimi campaigned for sheriff pledging to institute the new practice, and that he spoke to Chief Suhr soon after his election about implementation. Mirkarimi followed the conversation up with a February 10, 2012 letter to Suhr restating the crime prevention and budgetary benefits of the sheriff’s office taking control of arrestees upon their arrival at county jail.

Six months ago, again prior to Cherniss requesting the Tenderloin be part of new transfer procedures,
Mirkarimi wrote Suhr offering to take on STU for the Tenderloin – as a six month pilot without any funding. Mirkarimi assumed that if this worked out as well as anticipated, Suhr would make the procedure permanent.

When I ran into Mirkarimi last month, I learned that he expected to have an MOU with the SFPD signed by March.

Great news for the Tenderloin, right? Not so fast. It turned out that Chief Suhr wanted to apply the improved procedures to other stations, but not the Tenderloin.

Why is Suhr refusing to increase Tenderloin police presence by 20% (Captain Cherniss’ rough estimate) for no cost and after Mayor Lee called for more Tenderloin police? As I wrote in response to the Chief’s refusal to clean up lower Turk, it could be his stubborn insistence that the Tenderloin is the San Francisco neighborhood where crime should be contained. Yet Mayor Lee has repeatedly stated that this is not the city’s view.

New York City saved millions of dollars annually by making a similar shift of station transfer units, primarily because officers who made arrests toward the end of shifts were earning a staggering amount of overtime while sitting around the jail. Using STU in San Francisco would also save money on overtime, which could be used for additional crime prevention.

In addition, deputy sheriff’s in San Francisco earn 23% less than police officers. Since both are paid from general fund dollars, the city would save significant dollars and get more officers on the streets by implementing a reform that Suhr knows is best but refuses to use for the Tenderloin.

There’s something wrong when our Chief refuses to implement a policy that fulfills Mayor Lee’s State of the City pledge to get more cops on Tenderloin streets, and that also saves money in the process.

Bottom line: the Police Commission needs to tell the residents of the Tenderloin why their neighborhood is not included in the new shared transfer unit policy. If the Commission is going to ignore policies that would reduce Tenderloin crime, they should tell people why.