Chevron Goes Another Round With Richmond 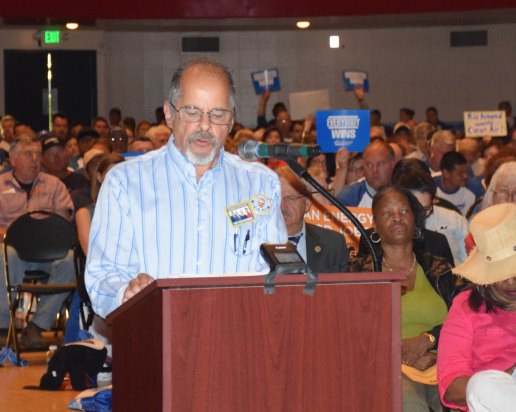 Chevron is a company used to getting its own way, particularly in communities around the world where it operates major refineries. For the last eight years, progressive elected officials in Richmond, CA., and their grassroots organizational allies, have made doing “business as usual” a lot harder for Chevron in the East Bay, a corner of Chevron’s worldwide empire located very near its corporate headquarters in upscale San Ramon.

Local critics of Big Oil have sued Chevron over its environmental impact, tried to increase its property taxes, pushed state and federal regulators to monitor the Richmond refinery more closely, marched to that facility’s front gates, with several thousand supporters, joined forces with California and Australian transport workers who are battling the company, and forged a solidarity relationship with Ecuadoran farmers harmed by Chevron’s past misbehavior in their country.

Richmond’s latest tussle with its largest employer has focused on a controversial $1 billion refinery modernization project, long sought by Chevron and its building trades allies in Contra Costa County. Litigation by environmentalists helped derail the project in its original form five years ago. This time around, the company spent millions mobilizing “community support” for a revised Environmental Impact Report (EIR), Chevron’s own blueprint for upgrading parts of the refinery, making it safer, and less polluting. Based on its own door-to-door paid canvassing, Chevron claimed that 10,000 local residents supported its version of “modernization.”

Nevertheless, changes and improvements were demanded from skeptics as diverse as State Attorney General Kamala Harris, the Richmond Progressive Alliance (RPA), Communities for a Better Environment (CBE),, and The Contra Costa Times, which urged Chevron this week to embrace EIR amendments it had insisted were “unnecessary and burdensome.”

“When Chevron officials say, ‘trust us,’ they forget that we once did,” the newspaper editorialized, referring to the unsafe pipe maintenance practices found to be responsible for the huge Richmond refinery fire and explosion two years ago.

By Tuesday night, July 29, Chevron management was in negotiating mode. Among the “last minute concessions” reported by CCT correspondent Robert Rogers, were “$90 million in community investments and agreements to upgrade all carbon steel piping in the refinery’s crude unit…and install more sensors and air monitors.”

That was good enough for five council members. To register their continuing objections, the city’s mayor, Gayle McLaughlin, and its vice-mayor, Jovanka Beckles abstained. Both McLaughlin and Beckles are leaders of the RPA, a thorn in the side of Chevron for almost a decade now.

The council action—and the permit approval process which preceded it—highlights the importance of having municipal leaders willing to stand up to Chevron, as opposed to simply doing its bidding. Unfortunately, after eight years in office, McLaughlin will be termed out next January. A California Green, she is running for her old seat on the city council and favors fellow RPA member Mike Parker as her mayoral successor. A retired auto worker, longtime labor activist, and now community college teacher, Parker has been a key RPA organizer in recent years and editor of its widely-read newsletter.

During the protracted local debate about refinery modernization issues, Parker was a frequent speaker at public hearings in Richmond, attended by hundreds of Chevron employees, building trades workers mobilized by their unions, local environmental activists, and concerned citizens. Testifying on behalf of the Richmond Environmental Justice Coalition, at a packed council session on July 22, Parker pointed out that any shift for the better in Chevron’s stance was due to community pressure—and more was still needed.

“Every year now, Chevron pumps into the air thousands of tons – think of that, visualize that – thousands of tons of pollutants, 500 tons of particulates, and others. Unfortunately, the city has very little everyday legal leverage in getting Chevron to reduce these pollutants. Now, in setting conditions for this project, it is the one time that the City has the ability to require cooperation from Chevron on pollution control. Now we have the legal leverage, and if we don’t do it now, when will we ever do it?”

Chevron’s preferred candidate for mayor in this year’s elections is not Parker, of course—but an 82-year old African-American Democrat named Nat Bates, senior member of the city council. Bates believes that, under McLaughlin, “Richmond has earned a reputation of being anti-business with tons of regulations, insensitive elected officials, and staff.” Prior to the council vote, he accused Planning Commission members appointed by the mayor and McLaughlin herself of being “irresponsible” and making “ridiculous extortionate demands” during the permit approval process. “They treated Chevron like a sugar daddy ATM machine with unlimited withdrawals,” he grumbled.

In an email report to constituents this week, Bates was singing a different tune about Richmond’s newly enriched “community investment agreement” with Chevron, which he had previously referred to as an “extortion pot.” “When we initially started the negotiations, the amount was 30 million dollars,” he acknowledged, “and later it was increased to 60 million dollars and, after continued negotiations, the final amount came to 90 million dollars over a 10-year period.”

According to Richmond Councilor Tom Butt, a local architect who is not an RPA member, “we owe thanks to the RPA and the two council members who ultimately abstained from the final vote” for that result. Says Butt: “Their holding out for more stringent conditions and mitigations helped raised the ante for what we eventually achieved.” As a result, he contends, “millions of dollars will fund greenhouse gas reduction and sustainability projects in Richmond, creating a lot of jobs and attracting perhaps additional millions in matching grants. Job training will move hundreds of Richmond residents into employment.”

Noting that CBE and other groups wanted more out of the deal, Butt himself wondered whether the council “left anything on the table?” “We will never really know,” he argued on his blog. “There is a limit that you can push anyone, even an insanely rich multinational corporation. Chevron has threatened before to sue the City for overreaching, close or downsize the refinery or go to the legislature for a CEQA [California Environmental Quality Act] exemption. All are possible…”

What’s not just possible but absolutely certain is Chevron’s costly retaliatory drive against RPA influence this Fall. The company–which generates $2 billion in profits a year, just from its Richmond refinery–will be breaking all local spending records to help Bates defeat Parker in the mayoral race and block Beckles and McLaughlin from regaining city council seats. A fourth member of the RPA-backed “Team Richmond” slate is retired public school teacher Eduardo Martinez. He was runner-up in the council race two years ago and one of the Planning Commission members who insisted earlier this month on additional conditions for modernization like local reductions in greenhouse gas emissions, wider pipe replacement inside the refinery, and creation of a Chevron-funded but community-controlled “clean energy and jobs program.”

When the soft-spoken, mild-mannered Martinez ran for office last time, the Chevron-backed “Moving Forward Coalition” spent heavily on mass mailers calling him “an East Bay anarchist,” a proponent of “chaos and disorder,” and “someone who wants to overthrow the government.” In a recent interview, Bates hinted that Richmond voters will soon be getting similar bulk mail warnings about Mike Parker. “You’ll be hearing a lot more about him, “ Bates vowed. “He’s a complete nut.”

To follow the upcoming campaign action in Richmond, where political “nuts” make more sense and get more done than most of the city’s “mainstream” politicians, BeyondChron readers should check out: http://richmondprogressivealliance.net/ which has links to the campaign websites of “Team Richmond”—Parker, McLaughlin, Beckles, and Martinez.

(Steve Early lives in Richmond and belongs to its Progressive Alliance. He is writing a book about about progressive policy initiatives in the city and its changing politics. He can be reached at Lsupport@aol.com)