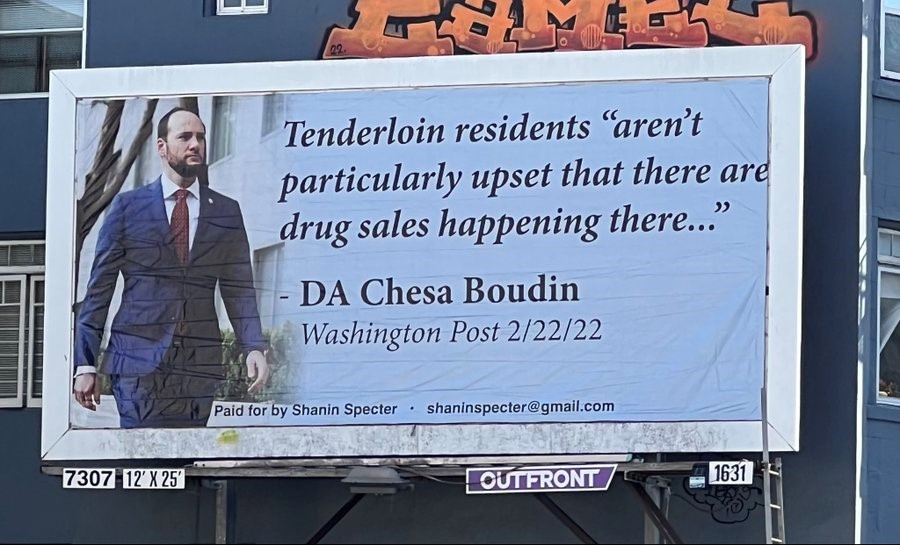 I wrote on February 21 that San Francisco District Attorney Chesa Boudin’s June 7 recall would go “down to the wire” (See “Can Boudin Survive Recall?”). Today, I see Boudin facing an almost insurmountable challenge to survive

What changed? A lot. The latest evidence was Matt Haney’s outright shellacking of Boudin Chief of Staff David Campos in last week’s Assembly election. That’s not much of a vote of confidence in San Francisco’s DA.

I earlier saw a close race due to uncertainty over San Francisco’s June mood. I concluded, however, that “if public dissatisfaction with the state of the city remains as it now stands, Chesa Boudin faces an uphill fight.”

Today, public dissatisfaction is even worse. That puts Boudin in deep political peril as the campaigns for and against Prop H (the recall measure) get into full gear.

Governor Gavin Newsom got the same 62% of the vote in the recall as he got winning the 2018 Governor’s race. If Boudin gets his same percentage as in 2019 he loses the recall in a landslide.

Are there many 2019 voters who did not pick Boudin as their first choice in 2019 but will vote against recalling him now? I don’t think so. I suspect there are more voters who gave him their second choice vote who now will vote for the recall.

A March poll found 68% supporting the recall. For all the talk about the recall being a “Republican power grab,” 64% of Democrats favored Boudin’s ouster. In late February noted pollster David Binder found support for the recall split 44%-44% with 12% undecided—but that poll should even be more alarming for Boudin as it only covered Assembly District 17, which excludes the more moderate western side of the city.

If opposition to the recall is only even among the most progressive parts of San Francisco, that 44% support figure looks a lot like 68% support when expanded citywide. This 68% also parallels the 69%-76% yes vote for the school board recall; its hard to find voters who supported the school board recall who now will vote to keep District Attorney Boudin in office.

My story on Boudin’s November 2019 victory described him as “a true progressive who does not feel low-income communities should be containment zones for drug dealers. When Boudin met with a member of my staff during the campaign he expressed surprise that there was not more police visibility in the Tenderloin.”

I did not endorse Boudin or anyone else in 2019. But I trusted that he saw protecting working-class communities of color as the essence of what progressive criminal justice politics is all about.

Boudin views arresting drug dealers of color as contributing to the “mass incarceration” which he and all true progressive oppose. His sympathies lie with those charged with drug dealing, not with the families threatened by violence in the open drug markets on their sidewalks.

Or with the mothers whose kids are dying on the street from drug overdoses.

Boudin backers like to situate him alongside progressive reformers like Philadelphia’s Larry Krasner. Krasner took over an office that long promoted mass incarceration and racist criminal justice practices (Philly D.A. is a must watch).

But unlike Krasner, Boudin was preceded in San Francisco by George Gascon. Gascon is often considered the nation’s most “progressive” DA (he left San Francisco to successfully run for Los Angeles DA).

The successor to Gascon did not require radical reforms or major staff turnover to become “progressive.” Yet huge staff turnover under Boudin still occurred. Boudin’s “reforms” seem primarily directed at turning the DA’s office into a second branch of the Public Defender’s office.

I was politically active in San Francisco in 1991 when public anger over encampments led Mayor Agnos to be defeated by a former Police Chief. The current mood around crime is far deeper and widespread.

Last weekend the San Francisco Chronicle endorsed No on H, opposing the recall.  This is more likely to hurt Boudin than help.

That’s why newspapers typically defer endorsements until shortly before the election. After the news stories about the race have been written.

Progressives who for decades have attacked SF Chronicle endorsements are not now going to urge the public to follow the newspaper’s political choices. That would come back to hurt them..

Crime statistics will not save Boudin. The voting public is more concerned about public safety than I’ve seen in my forty plus years observing city politics. The anger that translated into the recalling of three School Board members is now directed at Boudin.

This anger won’t start dissipating until he is recalled.