Chesa Boudin is Failing the Tenderloin 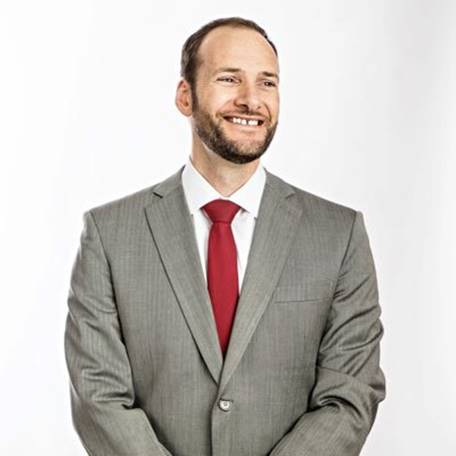 A District Attorney concerned with racial and economic justice should be denouncing City Hall’s endangering low-income ethnically diverse Tenderloin residents. But Chesa Boudin can’t be bothered. He has not uttered a word of public sympathy or concern for the poor and working class residents he is supposed to protect.

Boudin’s lack of  empathy is deeply disappointing. He is showing the back of his hand to the the low-income and working class residents of color his campaign campaign claimed to represent. It now appears that Boudin only cares about this constituency if they are criminal defendants, not hard-working residents struggling to get by.

Boudin has not been completely silent. He was asked by Dan Noyes as part of a May 19, 2020 ABC7 news report on tenant Lisa Russell to respond to her plight. Russell lives with her family in an apartment where a large tent is only an arm’s length from her window. Tents on her alley have twice caught fire causing smoke to enter her home. Her family feels trapped in their apartment. When asked to respond to the story Boudin “declined an interview but did finally email Lisa Russell. He told her to call the police if a crime has been committed and added, ‘the city has not adequately invested in affordable and supportive housing for the most marginalized members of our community.’”

Boudin seems unaware that many of those impacted by the Tenderloin’s public safety crisis already live in affordable housing.  He could have used the opportunity Noyes gave him to condemn the drug dealing that has  overwhelmed the Tenderloin during the pandemic. Or to challenge the SFPD’s ill-timed decision to suspend its narcotics unit as Tenderloin drug dealing skyrocketed.

But neither issue is on Boudin’s radar. Instead, Boudin’s refusal to challenge the suspending of narcotics enforcement confirmed what his critics have claimed: our “progressive” DA does not support the arrest of drug dealers. A District Attorney tasked with protecting Tenderloin residents freely allows drug dealers to endanger them.

Would Boudin freely allow drug dealing on Cortland Avenue and other streets in Bernal Heights? No way. Those homeowners would demand their streets remain safe and our DA would respond. But the concerns of low-income Tenderloin residents of color who are not charged with crimes are not his concern.

Boudin campaigned on a platform that “Racial bias in the criminal justice system is something we need to address if we’re going to restore trust and confidence in the system, especially with communities of color that are so disproportionately affected by crime.” Yet no neighborhood is more “disproportionately affected by crime” than the racially diverse Tenderloin. A place where Boudin’s talk about ending “racial bias”in the criminal justice system rings hollow.

Boudin’s concern with racial bias applies exclusively to criminal defendants. I support his efforts to  reduce racial disparities in the criminal justice system and mass incarceration.  But criminal defendants are only part of the criminal justice picture. Boudin has not lifted a finger to help the victims of crime in low-income communities of color like the Tenderloin. He seems not to care at all that low-income people of color face threats to their safety from sidewalk drug dealing.

After his election I defended Boudin on charges he would allow drug dealing (“Will Chesa Boudin Prosecute Tenderloin Drug Dealers?, November 12, 2019). I wrote, “I think Boudin cares about the quality of life for the low-income and working-class residents of non-gentrified urban neighborhoods like San Francisco’s Tenderloin.”

I was wrong.  Boudin has done absolutely nothing to show that he cares at all about Tenderloin residents or workers. He’s done a lot to show his concern for criminal defendants but no empathy for the victims of crimes.

Boudin is a District Attorney with a “public defender’s mentality.”

A public defender has a legal duty to represent clients who may have done terrible things to vulnerable people. Their job is to get these people off if possible even if they personally believe them guilty. This can easily lead public defenders’ to emotionally shut down empathy for crime victims. I’m not saying that public defenders don’t care about victims; they simply cannot do their jobs at the highest level if they are emotionally connecting to victims rather than the clients they represent.

Chesa Boudin does not want to use his talents to put African Americans or Latinos in jail for selling drugs. Yet the overwhelming majority of drug dealers in the Tenderloin fit this demographic. Boudin has resolved this cross pressure by remaining silent about the impact of widespread drug dealing on people of color in the Tenderloin.

Can Boudin use his office to help people of color threatened by drug dealing? Absolutely. He’s only been in office five months.

But just as the pandemic has exposed ongoing racial and class inequality in San Francisco and nationally, it has also revealed what Chesa Boudin is really about.  He is a DA committed to reducing incarceration. He did not run for the job to put more drug dealers through the criminal justice system.

That Boudin’s inaction is joined by his refusal to even publicly express empathy for the victims of Tenderloin crime is telling. If this is what it means for San Francisco to have a “progressive” DA, the movement has lost its way.