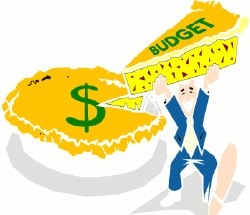 Today is the last day for the Board of Supervisors Budget Committee to debate and make changes to Mayor Newsom’s budget for the upcoming year. It’s the day when Budget Chair John Avalos and Board President David Chiu negotiate with the Mayor’s Office on a final compromise – and millions of dollars get restored through the “add-back” process. And with Newsom having balanced his budget on cuts to social services, privatizing City workers and mass condo conversions, it’s easy to be pessimistic about the final product. But a look at the numbers – and comparing them to last year, when the Committee saved crucial services – gives cause for cautious optimism. Supervisors must be vigilant at getting concessions today – such as taking unused funds, and appropriate reductions to the Fire Department. But there’s no reason why we can’t stop the worst of budget cuts. Here is why …

Scorecard: How the Budget Looks Now

As of today, the Supervisors have made $16.5 million in cuts to the Mayor’s Proposal – through recommendations by Budget Analyst Harvey Rose, most of which are largely non-controversial. Having sat through most of the Budget Committee in the past couple weeks, it’s pathetic that Newsom didn’t make some of these cuts himself – if the goal is a “balanced budget.”

But $16.5 million in savings is complicated by the Committee’s wise decision to vote down mass condo-conversions of tenancies-in-common (TIC’s). Included in the Mayor’s budget, the proposal – which the Committee last week rejected 4-1 – would only have given us $8 million in one-time revenues, at the expense of fueling mass real estate speculation.

And the Supes are not inclined to support the Mayor’s Prop J plans (named after the 1976 ballot measure that required a public hearing before contracting City services) to privatize Jail Health, contract out security guards at public hospitals and food for juvenile probationees. These are all in the budget. According to the City Controller, rejecting them would cost $13.2 million.

This complicates things – and if you believe what Newsom told yesterday’s SF Chronicle, the Supervisors “dug a $20 million hole” into his budget by refusing to accept these proposals. But the facts surrounding this budget tell a very different story.

What We Can Expect Today

In June, the City saw a spike in revenue from the real estate transfer tax – because a few downtown commercial properties changed hands. The Controller’s Office says this will yield an extra $7.8 million – enough to almost wholly cancel out the TIC proposal. Prop N, which passed in 2008, is finally paying dividends – and is a good guide to future revenue solutions.

As for the Prop J proposals – whose rejection would leave the Supervisors with only $3 million to stop other cuts – a little historical perspective is in order. At this time last year, the Budget Committee had made $19.6 million in cuts – but the cost of rejecting Prop J’s was slightly over $20 million. In other words, rejecting Prop J’s cancelled out all of the Harvey Rose cuts last year. Despite that fact, $23 million in social services were saved.

How was that possible? Seven million came from using money the Mayor had set-aside to cushion the City from state budget cuts– a decision that many progressives were very uncomfortable with. This year, Newsom has set-aside $30 million ($5 million more than last year.) It’s a highly risky idea, but don’t be surprised if negotiations today yield some of this.

And the remaining $16 million? It’s crazy how much money suddenly appeared: (a) $1.7 million by delaying a Police Academy class, (b) $2 million by assuming wage savings in the Sheriff Department, (c) $3 million from consolidations in Department of Technology, (d) $3 million from city hiring freeze, (e) $800,000 from unappropriated open space fund balance, (f) $500,000 in CDBG federal stimulus funding, (g) $500,000 from Golden Gate Park parking meters and a mess of other miscellaneous “savings” got us to $16 million.

Is this the best way to run a budget process? No, but don’t be surprised if negotiations today yield funding that had never been part of Committee discussions. It may look right now like the Supervisors only have $3 million to “play with,” but that may soon change.

So Where Do We Start Cutting?

Today, the Budget Committee will have to make cuts to the Mayor’s proposal – if we are to realize the millions in programs saved by misguided budget cuts. And a logical place to start is where the cuts will not cause any pain, and are less politically controversial.

An audit published on June 15th by Budget Analyst Harvey Rose – and requested by Supervisor Ross Mirkarimi – provides some excellent initial tips. The report identified $7 million in City agencies, funds that were appropriated but never spent. In other words, the money is just sitting there. Before tough decisions are made, these must be used to restore cuts.

Of course, that would only bring us to $10 million in “add-back” money – a start, but not enough. So the Supervisors must demand real concessions from the Fire Department. At the last hearing, the Budget Committee – despite Chief Joanne Hayes-White’s objections – cut $550,000 from the Department’s overtime budget. But there are more savings that can be made.

On the issue of Battalion Chiefs (who last year each took home an average of $217,000), the Fire Department says any reduction would render them unable to abide by the union contract. But I don’t see how this claim has credibility. They say they currently have 35 Battalion Chiefs, but 38 were on last year’s payroll – and the Mayor’s Budget funds 38.

The union contract requires each of the nine battalions to be staffed with a Battalion Chief at all times, and the Fire Chief has explained the formula is thus 3.4 per battalion. Nine times 3.4 is approximately 31. If the Fire Department really needs an extra seven to account for sick days, vacation, etc., why were Battalion Chiefs making up to $56,000 in overtime last year? Bringing their number down to 33 would save us over $1 million.

And there are other ways to cut fat in the Fire Department administration that we’ve reported on before.

Where else can we find money? Cutting the Mayor’s press staff in half (from four to two) would save us $200,000. As Supervisor David Campos said, “I’d rather we be spending that on free meals for seniors.” The Mayor’s Office of Neighborhood Services costs $500,000. While MONS gives a lot more qualitative “hand-holding” that a 311 operator could never provide, district elections means that constituents are more likely to call their Supervisor.

How Much Can Be Saved Today?

It’s hard to predict how much the Budget Committee will muster out of negotiations with the Mayor’s Office today – and the “cautious optimism” I express is largely because our financial situation is better than it was last year. For example, the Mayor cut $19 million in Health Department programs last year – and the Supervisors managed to save around $12.5 million. This year, the Health Department cuts are approximately $12.7 million.

What it means is that non-profit service providers and their allies must work closely with the Supervisors today at City Hall, when the crucial “add-backs” get decided. It will not be an easy day, but we’ve gone through this process before – as we do every year. And by supporting each other, I have hope that the final outcome tonight will be satisfying.

One major concern I have, however, is that Newsom’s budget asks the Board to delete Section 8.3 of the Annual Appropriation Ordinance. This clause requires the Mayor to report back to the Supervisors after the impact of state budget cuts are known – and to formally propose mid-year cuts that would then require a supplemental de-appropriation.

John Avalos negotiated that last year, and it went a long way towards blocking unilateral mid-year cuts that the Mayor had shown no inhibition of doing before. Without this, many more of last year’s “add-backs” would have been lost.