From Carpet to Clean Air: It’s Time for California to Stand Up for Environmental Justice 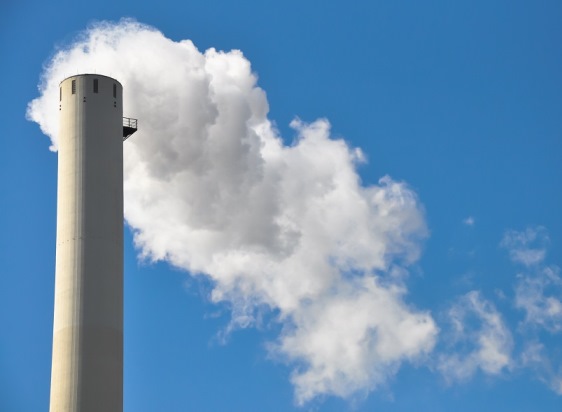 Enough is enough. For too long, California’s low-income communities and communities of color have been disproportionately affected by the health impacts of industrial pollution, including refineries, power plants, and transportation corridors—putting residents at a higher risk for asthma, cardiovascular and respiratory disease, cancer, and birth defects.

Every person, regardless of the color of their skin, income level, or neighborhood they live in, deserves equal access to clean water, air, and soil.

California has always been on the cutting-edge of environmental policy, passing landmark laws that often serve as models for the nation to follow. Yet, well-meaning legislation often makes matters worse for low-income communities and our struggle for environmental justice even harder.

Now, California has another opportunity to stand up for environmental justice. AB 1158 (Chu) would strengthen the state’s failed carpet stewardship program by increasing the recycling rate to 24 percent by 2020 and ending the consumer subsidization of carpet incineration—thereby improving public health, reducing greenhouse gas emissions, and creating green jobs.

Few are aware that billions of tons of carpets are dumped in landfills or burned in incinerators in American neighborhoods every year. Burning carpetand other plastic waste emits more carbon dioxide than a coal-fired power plant and releases some of the most deadly substances on earth into the air, soil and water. These toxic emissions exacerbate climate change and have been linked to cancer, heart attacks, strokes, asthma, and pulmonary disease.

As home to California’s three garbage incinerators, the residents of Long Beach, the City of Commerce, and communities near Modesto have first-hand experience with the associated health and safety hazards of living in their shadows.

In 2010 California became the only state to require carpet manufacturers to implement a stewardship program to increase the recycling of carpet (AB 2398, Perez). Unfortunately, since passage, the carpet industry has failed to achieve meaningful progress.

Managed by the largest carpet manufacturers, the program has only increased recycling from 8 percent of discards in 2011 to 11 percent in 2016—a 3 percent increase for a program that has collected $41 million in consumer fees to date (consumers pay 25 cents per/square yard to pay for recycling). Contrary to the state goal of prioritizing recycling over landfill and incineration, the program has increased carpet incineration from 4 percent to 8 percent during that same period. Consumers are being “ripped off”—paying an assessment in good faith that their discarded carpet will be recycled, when in fact little progress has been made.

It’s time to end this “bury and burn” mentality. As the only state to hold carpet producers responsible for managing their waste, it’s imperative that California gets it right. AB 1158 is scheduled to reach the Senate floor in September. The Senate should strengthen the bill by mandating that the program meet the highest recycling rate possible, increasing carpet recycling centers in underserved areas, and decreasing incineration.

We must stop sacrificing low-income communities of color. Our representatives should uplift our health and quality of life not in words, but with action. California legislators need to ensure AB 1158 lives up to the high environmental standards our state claims to uphold. The health of the residents of Long Beach, the City of Commerce, and near Modesto, depends on it.

mark! Lopez is the executive director of East Yard Communities for Environmental Justice (EYCEJ), an environmental health and justice non-profit organization that represents the communities around the City of Commerce and Long Beach. mark! was this year’s winner of The Goldman Environmental Prize, which honors grassroots environmental heroes from the world’s six inhabited continental regions: Africa, Asia, Europe, Islands & Island Nations, North America, and South & Central America. He recently persuaded the state of California to provide comprehensive lead testing and cleanup of East Los Angeles homes contaminated by a battery smelter that had polluted the community for over three decades.

This article was originally published September 1, 2017 on the Long Beach Post.