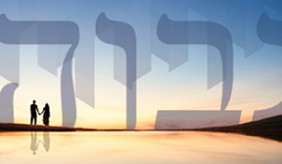 The Chase is on. Two talented Architects are having a love affair. But love has nothing to do with telling each other that they have a project going on in Israel. They are shocked to find out that they are competing with each other over a memorial. Plus there is another problem. A young Jewish man falls in love with the ambitious female Architect. The Young Israeli boy inspires her to design a beautiful Memorial to his father. He tells her what he would like for his father’s memorial. She gets a little to cozy with the Boy.

Perloff’s writing is absolutely fascinating. Everything works perfectly – the sets make the mood. The love story sizzles and the young Israeli’s heart is broken. The play keeps you guessing. It’s mysterious, beautiful and elegant. And — “Higher” takes off by delivering enticing destinations worldwide.

HERE ARE THE BREATHTAKING ACTORS: Rene Augesen (Elena) “Poignant, and deliciously self-assured!” Isaac Friedman (Ben Kahre) – “Powerful – self assured!” Michael Friedman (Andrew Polk) is Isaac’s son. The son is Gay. “His passionate punch will never leave your mind.” Valerie Rifkind (Concetta Tomei) – what a tough babe she is as she pits the two architects against each other. Tomei is priceless!”

FANTASTIC, CRISP PLAY BY CAREY PERLOFF. THE SHARP DIRECTING IS BY MARK RUCKER.

NOW PLAYING AT The Theater at Children’s Creativity Museum. (Formerly known as “Zeum.”

The play involves four characters. They all have their issues. But, a funny thing happens on the way to the dining room table, they disagree with each other most of the time, but somehow they seem to bond.

It’s a crazy and nutty dysfunctional household that gets more humorous as the clock goes by. The boy, Jared is suspected of having Asperger’s syndrome. It has something to do with lack of empathy. His startling blow-ups don’t last long.

The entire family of three tries to confront these issues, but runs into roadblocks. They are also joined by a photographer who is in town for a “Body Awareness program” at a local college. His contribution is that he takes photos of nude women. This kind of shocks the presenter, who is one of the household members. She just wasn’t prepared for this. The photo guy certainly has a certain swarm charm about him. He talks his hosts into lighting ‘shabbos’ candles at the dinner table. One of the women, Phyllis thinks that Frank is using his art for perverted purposes. Frank shockingly says: “What if Michelangelo masturbated to the statue of David? Does that make him a bad sculptor?” I’ll let you answer that.

There is surprising lot of salty language. And what is really amazing is that at the performance that I attended most of the audience were seniors. Of course, it was a Sunday Matinee. Who would guess that they would have that much fun? But they did – and laughed all the way thru the play.

The actors are “Flat out magnificent.” They are: Howard Swain (photographer famous for his nude portraits of women). Swain can charm birds off the trees. He sure has magic stage presence. Jeri Lynn Cohen and Amy Resnick as a Lesbian couple bring “sizzle” to the stage. Patrick Russell (the son) is the kid (21) who shouts out obscenities – “wickedly funny!” This is a good one! Totally “Extraordinary” performances.

AT THE AURORA THEATRE – BERKELEY

The Story of My Life: Courtesy Photo.

ANOTHER GHOST STORY: “The Story of my Life”

“The Story” is a lovely and tender as two men dance around their feelings. This musical has some lovely moments and sounds very Sondheim. The only problem with the music is that each song sounds pretty much the same. As one guy said to me on the way out – “While I won’t forget the melody!”

But, that aside the story about thee lifelong friends – Thomas and Alvin and what they give us to keep their friendship alive. I call it ‘another ghost story’ – because one of the men has died and the other, a well-known writer has to give a eulogy about his friend. Not an easy task to do – even for a writer.

I don’t want to reveal everything about this sweet story – except to say that the friendship borders on something even deeper. There are moments when I had to hold back the tears. And you will have those moments also.

THE STARS ARE: Coley Grundman and Will Giamona. Both actors give astounding performances. The acting is hypnotic!

THE BRITISH HAVE LANDED

At the Vogue Theatre the “Mostly British Movie Festival” was huge hit. There are so many to see – but I personally was thrilled with “London Boulevard” with Big Star names – Colin Farrell and Keira Nightly. He is the bodyguard and she is a big star who is trying to hide from the insistent paparazzi. Great direction from William Monahan. Be warned. This is a touch movie with strong language. The mean streets of London never looked meaner. Also enjoyed “A Passionate Woman” – a story about her secrets. This is a sweeping romance film kind off like “Brief Encounter” and Bridges of Madison County”.
Film Festivals are a wonderful way to enjoy great, but hard to find movies. This entire Festival has been an astounding triumph thanks to Ruthie Stein and friends. And – hooray to the “Vogue Theatre” — for still showing movies.