Can the Bay Guardian and Residential Builders Join Forces Against PG&E? 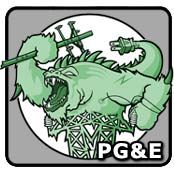 For over three decades, the San Francisco Bay Guardian has railed against the evils of PG & E. But ballot measures to municipalize San Francisco’s utility services have consistently been defeated, as anti-PG &E forces have been unable to secure sufficient votes from the city’s west side. But this longtime scenario may be changing. Since shuffling its San Francisco staff a few years ago, PG & E has become a nightmare for residential builders. Projects are being delayed due to PG &E’s inability to complete engineering plans, and some believe the utility’s construction division is in utter disarray.
Can the Guardian and Builders put aside their differences to rein in the utility giant?

PG & E has lived a charmed political life in San Francisco. Regardless of how high bills climb, how many power lines fall, and how many underground tanks explode, the private utility has maintained firm control of the city’s power.

Since the utility defeated a municipalization ballot initiative during the height of the energy crisis, PG & E has acted as if its future in San Francisco was safe. But public power advocates may soon find they have a new ally: builders fed up with PG &E’s inability to meet San Francisco’s construction needs.

Builders have become accustomed to having projects delayed at Planning, but they have been left fuming by PG & E’s cavalier approach to construction projects. Unable to get the utility’s attention through conventional means, builders could form an alliance of convenience with the Guardian and other public power advocates behind a new initiative that could prove unbeatable at the polls.

The most striking example of PG & E neglect is the case of the illegal utility poles at Brannan and Gilbert Streets, previously highlighted in Beyond Chron. These poles violate state and federal disability laws, and also interfere with construction of a 56-unit affordable housing project.

Builder Joe Cassidy began trying to get PG &E to address the pole issue over one year ago. After waiting months for the utility to commence engineering work for the poles relocation, he contacted Barbara Moy, a top official with the Department of Public Works.

Moy arranged a meeting between Cassidy, the PG & E government affairs liason, and engineering staff. PG & E informed Cassidy that they were unaware that he had mailed them a $5000 check six months earlier, and vowed to get to work on the project.

Cassidy hired a consultant to keep track of PG &E’s progress, and he did succeed in getting PG & E to finally produce a set of engineering plans. But the plans mistakenly put the utilities on the wrong side of the street. PG &E then informed Cassidy that it could take another three months to redo the plans, and also told him that he would have to bear the costs of relocating their illegal poles.

Now in a normal business transaction, PG & E’s conduct would provoke a lawsuit. But all that would do here—and in the typical construction context— is create further delays, further alienating the utility whose plans are essential for the project to be built.

PG &E’s monopoly over construction projects helps explain why few are willing to go public with their concerns. But just ask anyone who’s been waiting for PG &E to dig a trench for a utility upgrade and you’ll get a story similar to Cassidy’s.

But Cassidy’s project is unique, because he has a large market rate project under construction at Fourth and Freelon Streets that cannot get an occupancy permit until the affordable project opens. So PG &E’s delays are jeopardizing two Cassidy projects, a risky approach for dealing with a longtime leader in the politically active Residential Builders Association.

Anyone familiar with the RBA knows it will not let PG & E get away with screwing over one of their core members. Given that no regulatory body appears to monitor the utility’s construction practices—or much else of its operations—the only vehicle angry builders have for addressing the problem is a ballot initiative.

But any initiative to rein in PG & E’s power would need the support of the Bay Guardian. And the Guardian has not exactly been supportive of builders, having strongly opposed live-work lofts and housing development in lower Potrero Hill.

Since builders are chiefly concerned with the utility’s failure in the construction arena, they may prefer to support an initiative that limited reform to that area. But the Guardian and other public power advocates may be unlikely to support such piecemeal reform, so bringing these diverse groups together likely requires a third party.

Supervisor Ross Mirkarimi is a former campaign spokesperson for public power, and has maintained a good relationship with the builders. Mirkarimi may be in the best position to get these constituencies on the same page, and to assess whether they can move forward on a common agenda.

A June or November 2006 initiative campaign against PG & E with Guardian publisher Bruce Brugmann and RBA leader Joe O’Donoghue as co-chairs. Now that would provide some electoral excitement.