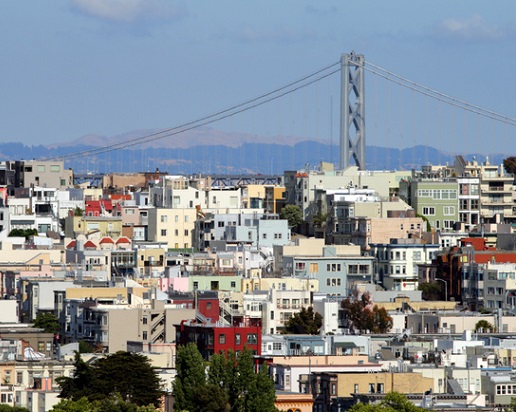 San Francisco Mayor Ed Lee chose April Fool’s Day to convene a meeting of housing stakeholders tasked with drafting a $250 million affordable housing bond for the November ballot. Skeptics will see the date as reflecting the mayor is on a fools’ errand in trying to pass a bond that voters have repeatedly rejected since it won in 1996; I see the date as symbolizing the mayor’s confidence that the elusive 66.7% threshold for affordable housing bonds can be reached this year.

In urging San Francisco to go to the ballot in 2014 with a housing bond, I detailed the challenges past campaigns faced reaching the 2/3 requirement. November 2015 presents two new hurdles.

First, some on the left are claiming that the $250 million is too small to make any difference and that a larger bond is needed. This could diminish grassroots enthusiasm for a measure that is desperately needed by nonprofit housing groups.

Second, the November ballot is looking to be very low turnout. Earlier this week I discussed the political implications of this for the Christensen-Peskin D3 supervisor’s race, but it applies with even greater force to the housing bond. Given a solid block of regularly voting conservative homeowners who oppose housing bonds, the measure simply cannot win without turnout from tenant voters who often do not vote in strictly local elections.

But these two challenges may be outweighed by a powerful new factor: increasing recognition that an affordable housing bond is essential for San Francisco’s futureeconomic diversity. The housing situation was not so dire during past failed bond campaigns, and that could make a key difference.

Winning a housing bond is not rocket science; but it requires housing advocates and developers to put what 67% of the electorate wants first. That means supporting programs that some advocates do not favor—a past complaint concerned costly down payment assistance programs for the middle-class—because they are popular with the swing voters needed to win.

It also means being politically realistic about the size of the bond. A $250 million bond will not alone solve the city’s affordable housing crisis.  But it is the largest bond that can pass. Pushing for a larger bond is not about being “bold” or “breaking from convention;” instead, its being politically reckless in not understanding how even a $250 million bond faces a tough challenge.

Putting the electorate first also means including enough programs specifically pushed by progressives—-such as increased funding to the Small Site Acquisitions Program used to protect longterm tenants—to ensure that infrequent voting tenants get to the polls. I would certainly push that a mandated percentage of the bond go to affordable housing in the Mission. This addresses activists’ concern over an imbalance of market rate housing in the neighborhood, and also ensures that key voters see the bond as directly addressing the city’s top housing needs.

The winning 1996 housing bond offer few specifics in order to avoid losing voters unhappy with specific projects or priorities. But there is far more suspicions about ballot measures, bonds, and housing development today to repeat that approach.

Mayor Lee could win 75% of the Westside vote. The question is whether these conservative-moderate Lee voters will also vote for the bond.

The mayor must make this happen. He understands this. He also knows that his overwhelming personal victory will not represent a mandate for his pro-affordable housing agenda if the bond fails. The Mayor’s vision for San Francisco requires the affordable housing resources the bond provides.

The Mayor tapped his funding base to win the Housing Trust Fund in 2011, but that measure got less than 2/3 (65%) despite being virtually unopposed. The Mayor’s campaign team needs to study those results and figure out how to do at least 1.7%  better in November. True, the housing crisis is a far more profound crisis today. But voter turnout will be lower in 2015 and it will take a massive grassroots and absentee ballot campaign for San Francisco to repeat the victory of 1996.

Fiscal conservatives like Supervisor Katy Tang need to be out front on the bond.Tang attended the April 1 housing meeting which I hope is a sign of her willingness to play a leadership role in campaigning for the bond.

Special outreach efforts to infrequent voting tenant neighborhoods are essential. The bond will get over 80% of the tenant vote, but that means little if too few newly arrived tenants skip the election. Those tech companies looking to help the bond should do their own voter outreach among employees; that alone could increase turnout.

If you think the bond is an obvious winner because “everyone” in San Francisco supports affordable housing, learn the history of failed campaigns. It will take an all-out effort against a seemingly invisible foe, and victory cannot be taken for granted.

Randy Shaw is Editor of Beyond Chron. He discusses strategies for winning San Francisco ballot measures in The Activist’s Handbook: Winning Social Change in the 21st Century