Can school food ever be too fresh or too local? 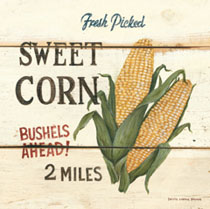 Once upon a time, school meals were characterized by limp, gray, overcooked vegetables, and fruit which came out of a can diced and awash in high fructose corn syrup. Over the past decade, more and more schools have moved to salad bars filled with fresh crisp veggies and whole fresh fruit, and new school meal regulations will ensure that students put at least a half cup of either one on their plates every day. As a believer in the idea that kids need an apple and not an apple turnover, I have to applaud the movement to serve more and fresher produce at school, but is it possible to take that idea too far? A couple of recent news articles indicate that maybe it is.

This article describes a Memphis school where the fifth graders harvested purple hull peas (similar to black eyed peas) from their school garden; the peas were used in a math lesson before being sent on to the cafeteria where, the article reports, they were served to students in the lower grades.

Sounds great; in fact, sounds like these kids are growing the vegetables for their school meals, when in reality they are growing a tiny portion of what their school cafeteria needs under the new USDA school lunch rules. Those rules require a half cup minimum serving of legumes (peas and beans). The school enrolls 985 students, 40% of whom qualify for free or reduced price meals, so to provide enough peas for just the approximately 400 students eligible for government-sponsored meals would require 200 cups of peas. The student harvest was 15.5 pounds, or about 35 cups, enough for 70 students.

Maybe the story is a little misleading, so what? The point is that this is a great school garden and the kids are learning a ton about where their food comes from, and are more open to trying new things, like purple hull peas.

The problem, for me, is that every time a media report leads its audience to believe that school gardens are capable of feeding the students in their schools, it raises the bar for what school gardens can and should do. The truth is, school gardens are not intended to feed the kids; they would require far too much acreage and far too many labor hours to be able to yield enough produce to feed hundreds of students 180 days a year.

School gardens are meant to help kids learn about food, and perhaps provide some tasting opportunities, but not be the primary produce provider for the cafeteria. But articles like the one about the Memphis school just reinforce the well-intentioned but erroneous assumption shared by too many people, that school cafeterias should be utilizing produce from the school garden to feed students on a daily basis.

Setting the bar too high for school cafeterias isn’t limited to the idea of relying on produce grown on school grounds. Once the issue of locality has been assured, the focus moves to freshness. Around the country, so called “food hubs” are connecting farmers with schools, as a way of ensuring that cafeteria produce is as fresh as possible; in Northern California, a project is underway to determine if such a hub could operate successfully in Oakland.

Certainly it is an improvement for schools to be able to source fruit and vegetables grown within 50 or 100 miles, rather than relying on produce trucked in from far away. For schools in rural farmland, it supports both the school meal programs and the local farm economy to have schools able to take delivery of produce grown practically next door.

An recent article on this topic quotes a school food service director from California lapsing into a bit of hyperbole:

“The quality and selection we’re seeing coming right from the farms is incredible,” said Scott Soiseth, director of child nutrition for the Turlock Unified School District. “Children get to eat the product that’s picked that same morning.”

Seriously – picked that same morning? I have to wonder just how much of that produce is truly picked that same morning. I too live in California, and for much of the school year it does not even get light enough outside to be able to pick until 7am. A friend in food service told me he visited a local strawberry farm picking for a school program; he was told it takes about 90 minutes to fill up the truck, then off it goes to make deliveries. Delivering to about a dozen schools would mean cafeterias would likely get their fruit between about 9:15-10am.

Lunch service at this Turlock elementary school starts at 11:10; that makes for a pretty tight schedule if those berries are really going to be served the day they were picked. Upon delivery, the berries would need to be washed following mandatory food safety procedures; depending on how they are to be served, they may need to be hulled, or sliced and portioned into individual servings, to ensure that students take the mandatory 1/2 cup serving now required by the new school meal regs. If we’re talking about leafy greens and several varieties of vegetables, which would need to be washed, cut and prepped for a salad bar, or cooked to be served with a hot entree, then the timeline gets even tighter.

Even if the 15 schools in Turlock, which the article describes as “surrounded by fields and orchards in one of the nation’s richest agricultural regions” are able to get their produce harvested, delivered, washed, prepped and served all within the same morning, how many schools nationwide are located close enough to year round farms to be able to achieve the same?

Am I splitting hairs? Probably. But the point is, does it really matter if the produce was picked this morning, or yesterday morning, or even 2 or 3 days ago? Just how high do we need to set that bar to ensure that the kids are getting something reasonably fresh and nutritious? Once one school food service director says his kids are getting fruit picked that morning, every parent in America has a reason to think that their school should be able to accomplish the same thing.

As I so often do when school food issues are making me crazy, I turned for some perspective to Chef Ann Cooper, the famous “renegade lunch lady” who made her name reforming the school lunch program in Berkeley before moving to Boulder to do the same 4 years ago. I asked Chef Ann if she thought the bar for “fresh” was being set too high. She told me,

“In Boulder Valley we’re happy to serve regional fruit from late summer through the fall. We need to order it two weeks out & it is picked & then shipped to us the next day. It is then shipped to our schools the following day and served in our schools over the next couple of days. So our fresh local fruit is 4 – 6 days from farm to plate. That might seem like a long time, but it’s the true reality of serving a district of 50 schools. I’m happy to be able to serve our students fresh local food this time of year, but just picked……. not our reality.”