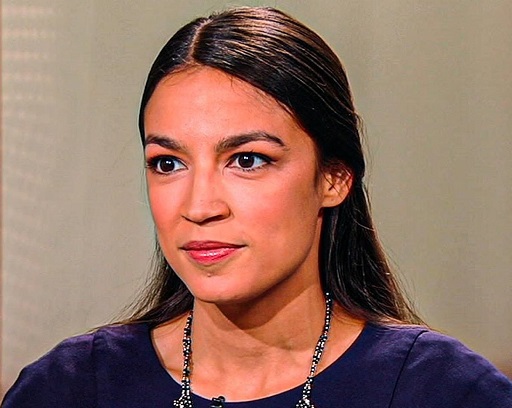 Joe Biden’s election puts Democrats and particularly progressive activists to the test: we can repeat the mistakes of 2009-10 under President Obama or avoid them. Here’s how it comes down.

Obama took office with Democrats strongly controlling the House and Senate. Voters gave the President a vast mandate for change. A new health care system with a public option, comprehensive immigration reform, and long overdue labor law reform were among the top goals. I interviewed then-SEIU President Andy Stern after the election and he saw no problem winning all three priorities in Obama’s first year.

We got none. And the health care bill that passed in 2010 primarily due to Nancy Pelosi’s pressure lacked a public option.

First, as I describe in The Activist’s Handbook, activists broke the cardinal rule of winning social change: they failed to hold their political allies accountable. Once Obama learned he would pay no political price for telling immigrant rights and labor activists to stop pushing their agendas, the president put core campaign commitments to these groups on the back burner.

Second, Obama dismantled the massive grassroots organizing network of his 2008 campaign. On November 12, 2008 I wrote a long article for Tikkun magazine urging Obama to maintain this infrastructure in order to translate his election into policy victories—(only the first page of my story is available for free but it is summarized at “Keeping Obama Activists Working Fulltime for Change.”).

Influenced by his Chief of Staff Rahm Emmanuel and others distrustful of progressives, the President instead replaced his vast organizing network with “Organizing for America” (OFA). OFA was designed to push his health care plan. OFA was a shadow of the huge Obama for America campaign, and while it had many strong organizers it never got the resources to build a massive grassroots base for progressive policies in Washington, DC.

Alexandria Ocasio-Cortez (AOC) echoed my 2008 arguments in the Sunday NY Times: “There’s a reason Barack Obama built an entire national campaign apparatus outside of the Democratic National Committee. And there’s a reason that when he didn’t activate or continue that, we lost House majorities.”

AOC was not involved in 2009-10 so it shows her deep political understanding that she is already spreading the word about precisely what happened. She has already had the courage to publicly say that Democrats face an electoral backlash in 2022 similar to 2010 if they fail to deliver for the low-income communities of color that elected Biden.

There are obvious differences from 2009. Unlike Obama, Biden didn’t build a vast network of community organizers for his 2020 campaign, as the pandemic prevented a massive door-to-door campaign. He also lacks Obama’s emotional connection to community organizing.

But where the analogy holds is in the willingness of Biden to pursue policies that excite the Black and Brown voters that put him in office. These voters want to see dramatic action on jobs, health care, housing, education, racial justice and climate change. They want to see college loan debt sharply reduced if not eliminated.

Biden should use his inauguration speech to issue an Executive Order going beyond his campaign pledge to cancel $10,000 in federal loan debt and instead cancel $50,000 as Senator Schumer says is legally possible .

What a great way for Biden to make low-income and working-class voters feel that voting for him was worthwhile.  I’m not sure he can also proceed via Executive Order to implement his free tuition plans but he should go as far as legally allowed.

Lists have been created of all the ways Biden can help working people without legislation. If Democrats are going to start breaking through the deep and understandable cynicism about politics that many of its 2020 voters share, he needs to do them all.

Democrats failed in 2009-10 by backing away from campaign commitments to their core base.Reviewing Obama’s inauguration speech exposes how little he offered low-income voters from the start.

And sadly, progressive activists and groups—convinced Obama was their close ally—let him get away with it. That cannot happen in 2021.

Remaining Loyal to the Base

Fortunately, activists will have an easier time holding Biden accountable than Obama. Obama was an admired and even beloved figure among activists. He was nominated as the progressive alternative to Hillary Clinton and he spoke the language of progressive community organizing.

But holding Biden accountable has its own challenges. First, even “moderate” policies will be portrayed as a sharp contrast to Trump; as AOC already foresees, critics will be described as “unreasonable.” Second, Republican power remains strong, so that activists who aggressively challenge Democrats will be attacked for ignoring Democrats’ true adversaries.

I can already anticipate stories of how progressives’ “aren’t giving Biden a fair chance.” The lesson of 2009-10? Ignore these claims.

It’s often said that Republican Presidents play to their core base while Democratic Presidents run away from theirs. In 2009-10, progressive activists allowed this narrative to play out. We cannot do so in 2021.

To be clear, Republicans pose obstacles to Democrats delivering for their base in 2021, Democrats will not have the commanding Senate majority of 2009 and may be in the minority if both Senate races in Georgia do not end in victory.

But we only need to look at how Trump exercised Executive Power to know that partisan differences cannot block a president from benefiting their core base. Activists cannot allow Mitch McConnell to become an excuse for not delivering to the voters whose turnout will decide the 2022 midterm elections.

One example: Democrats completely controlled the budget process in 2009 yet still didn’t provide the massive new funding needed to sharply reduce homelessness. And activists let Obama and top Democrats get away with this without a public fight.

Obama gets credit for DACA but we wouldn’t have needed the measure if he had greenlighted comprehensive immigration reform when momentum was strong. As I detail in The Activist’s Handbook, support was highest in 2009. Delay meant defeat. Yet Obama put this critical measure on the backburner while he sought GOP support for health care reform (which he never got).

Biden needs activists to push him to fight hard to implement his campaign commitments. I’m hopeful that after seeing the failures of 2009-10 and the wreckage of the 2010 midterm elections  Biden may prove more open to being pushed for real solutions than many believe.