Can a Green Company Have a Dirty Labor Record? 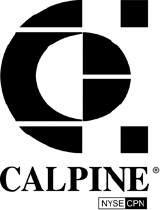 In the past few years, we’ve seen corporation after corporation try on the mantle of green. Most of that has been good – America is moving towards energy independence, we are becoming more thoughtful consumers, and most of us have internalized the idea that what we’re doing, making or disposing of affects others. But as the green revolution takes root and politicians catch on, a cascade of taxpayer-funded incentives are coming online for companies who practice what environmentalists preach. Missing from this ethos is the idea that a green company is an ethical company – one that treats its employees with respect.

As a labor leader in the energy sector, I’ve seen it happen: firms who receive astronomical federal subsidies deny their employees a voice in the workplace, and create an environment of fear and intimidation when workers exercise their legal right to unionize.

This has given rise to greenwashing, the corporate practice of wrapping a dirty labor record in an environmental one for the purpose of profit. And Washington regulators should take a close look when these companies come calling.

CALPINE, for example, is a huge energy conglomerate with significant geothermal holdings. But despite paying their CEO over $30 million a year, management has slashed workers’ rights and benefits, including capping sick leave to just a few days a year and sharply reducing disability and life insurance. They pay their workers an infinitesimal fraction of the $3 million in Revenue Per Employee (RPE) each individual generates annually. And they’ve conducted a fierce anti-union campaign aimed at workers trying to exercise their right to organize. That’s not the mark of a company that prides itself on sustainability.

No company should receive green tax credits if they have a filthy labor record.

The truly green companies I’ve worked with understand that no industry is sustainable when its workers are disposable. The energy sector in particular relies on a highly skilled workforce to install solar panels and construct wind turbines, for example. Those individuals should be valued and compensated appropriately – but too often the lion’s share of the revenue they help generate end up in management’s pocket. When an industry devalues its workers, it becomes unsustainable – and then we’re all in trouble.

Ultimately, both the labor movement and the environmental movement are about sustainability. And that’s where a truly green company’s interests intersect.