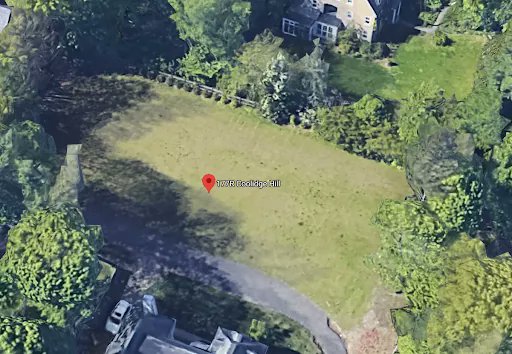 The AHO opens up four story affordable apartments to all neighborhoods. Six and seven stories are allowed in business districts. The plan can be used across the nation to stop cities from their longstanding practice of using zoning laws to ban low-income housing from  affluent, white neighborhoods.

The AHO is what racial and economic diversity and inclusion are all about. Now that Cambridge has rezoned to allow affordable housing in all neighborhoods,  New York City, San Francisco, Los Angeles, Seattle, Denver and other cities have no excuse not to do the same.

The struggle was not easy. I describe what advocates of the citywide overlay had to overcome in the preface to the paperback of Generation Priced Out. You can get the entire story in a post from A Better Cambridge, the group that led the fight to pass the measure (See “The Historic Affordable Housing Overlay Is about to Pass. How Did It Overcome so Many Obstacles?”).

How dramatic is the new zoning?

The above photo shows a 26,000 square foot lot that was sold in 2018. The zoning without the AHO only allowed a single-family home. Now a 50+ unit affordable housing development can be built in this neighborhood.

Many “progressives” defend exclusionary single family zoning claiming that new fourplexes in affluent neighborhoods will just be “luxury” housing. But the AHO changes the politics of housing development in urban America. Now, those who say they only support “100% affordable housing” have no excuse for not passing a local version of the AHO.

I’m speaking of the “progressives” defending single-family zoning in Seattle neighborhoods. Or those fighting to keep affordable apartments out of Los Angeles’ upscale Westside. Or those battling Open New York’s plans to bring affordable housing to SoHo, NoHo and Gowanus.

Not to mention the defenders of single family zoning in the “progressive” Bay Area cities of Berkeley, Oakland and San Francisco. The AHO totally changes the political debate in these cities.

Massachusetts on the Move

Cambridge’s AHO is already influencing neighboring Somerville, which may already have the political support to pass a similar measure. Newton, which strongly backed a new housing development in a March 3, 2020 referendum, is also considering AHO-type legislation.

Other affluent Massachusetts cities including Belmont and Brookline are also promoting affordable housing strategies. Add in the expected passage of state Housing Choice legislation (See my Shelterforce story, “Massachusetts Strikes a Blow Against Exclusionary Zoning”), and the state has joined Oregon in offering new housing models for the nation.

As housing activists know, getting the right to build under applicable zoning laws is not the end of the story. Opponents of housing still mobilize against new development. A Better Cambridge has been active in turning out people to support new housing, and ABC co-chair Becca Schofield sees the group’s advocacy continuing:  In an email to me she said,  “Not only will the AHO be a helpful tool for building more affordable housing throughout Cambridge, the passage of this ordinance also demonstrates the City’s commitment to housing equity. The ABC community is looking forward to supporting the new 100% affordable developments made possible by the AHO, as well as working with the Council to come up with more creative strategies for furthering sustainable, inclusive development in Cambridge.”

My own books on activism highlight that winning big change does not come easy. In Beyond the Fields: Cesar Chavez, the UFW and the Struggle for Justice in the 21st Century I describe the over decade long battle to get farmworkers basic labor rights—a struggle where victory was never assured. I give many such examples of long campaigns in The Activist’s Handbook and note in my new preface to Generation Priced Out that expecting the quick fall of single family zoning and the success of citywide upzoning is not typically how campaigns to win real change work.

ABC and their allies understood this. The group’s post on AHO states “Activism can be a slog. Instant gratification almost never happens. Advocates need to plow ahead in the face of countless obstacles that are relentlessly thrown their way.”

Well said. And had ABC not had this attitude, it would have given up the struggle for the AHO and for increased equity in Cambridge before this victory.

ABC’s persistence has created a new national housing model for urban America. Congratulations and thanks to all those who made this happen.