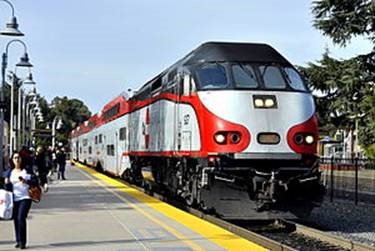 As elected representatives of Santa Clara and San Francisco counties, we call on San Mateo County to join us in supporting a comprehensive path forward for Caltrain. This includes forwarding for voter consideration a dedicated sales tax to support the railway immediately and into the future, as well as engaging in meaningful and timely discussions of Caltrain governance reform, which is key to ensuring accountability and transparency for our constituents. The proposed 1/8 cent sales tax would provide a reliable source of funds for Caltrain and relieve the local transit budgets in all three counties. This is much needed and desired. However, given the serious nature of any tax proposal, we are keen to advance governance reforms in parallel, to ensure that we have the ability to directly oversee the use of funds and truly shape and set policy in an equitable manner.

Caltrain’s current governance and management structure requires significant change to facilitate these processes and outcomes. In particular, we must ensure equitable representation for Santa Clara and San Francisco counties, which together comprise nearly 80% of anticipated sales tax proceeds.

We believe Caltrain is an incredibly valuable asset to our counties and the greater Bay Area and want the system to thrive. To make needed changes, we should work toward CEO accountability and establishing an independent and dedicated agency at Caltrain, separate from SamTrans, even as we pursue a permanent source of revenue for Caltrain operations and development. Our proposed sales tax ballot measure provides for immediate needs to keep essential Caltrain services running, while setting out a reasonable process and timetable to address needed reforms.

It is never a ‘good time’ to deal with governance, but we can’t keep kicking the can down the tracks. There are myriad needs in this Covid-era and we need meaningful reform to allow for the robust policy discussions, trade-off considerations and ultimately, tough decisions that will be needed in order for Caltrain to navigate these challenging times. If we work collaboratively, we can emerge stronger than ever to realize the railway’s potential to provide dynamic, metro-like service for all users across our region.

Now is the time for all the partners to join together to fund Caltrain and create an equitable, accountable and transparent organization. Only in this way can Caltrain become the exceptional example of regional cooperation and investment that the region and its taxpayers deserve.”

SF Supes Must Back Caltrain

After passing a resolution calling for local solutions to climate change, you’d think San Francisco’s Board of Supervisors would not hesitate to help ensure adequate funding for Caltrain. After all,  Caltrain’s demise would increase long car commutes and worsen climate change.

But this is San Francisco, where local politics can overtake global concerns.

Caltrain, like every transit system, faces unprecedented financial reversals due to COVID-19. A miniscule 1/8 of a penny sales tax hike would inject $100 million annually into Caltrain, but that requires the San Francisco Board of Supervisor voting to put the sales tax on the ballot.

Last week, Supervisors Aaron Peskin and Shamman Walton refused to move the Caltrain tax measure  to the full Board. This brought outrage from transit advocates. It also led D6 Supervisor Matt Haney, whose district includes the Caltrain station, to launch an all-out effort to get his colleagues support for placing the sales tax on the ballot at Tuesday’s July 21 Board meeting.

A lot of assumptions are being made based on the actions of only two of eleven supervisors. But the debate about Caltrain highlights two of San Francisco’s longstanding political fault lines: an obsession with “local control” and hostility toward “affluent” workers. Both that has been a constant in San Francisco politics since the late 1990’s dot-com boom.

But local control, however, has extreme limitations as a governing principle. For example, the city’s longstanding affordable housing and homelessness crisis cannot be solved locally; increased federal funding is essential. From the current pandemic and economic crisis to climate change to immigration reform and universal health care, it’s clearer than ever in 2020 that the chief problems impacting San Franciscans cannot be solved locally.

Further, as I argue in Generation Priced Out, “local control” can put the narrow economic self-interest of a generation of homeowners ahead of the city’s need for an ethnically and economically diverse population. Neighborhood refusal to allow new housing has driven San Francisco’s gentrification. Median single family home prices are heading toward $2 million despite the pandemic. Yet our supervisors  view even small state preemption of local zoning controls (via SB50) as a major threat.

San Francisco’s Board of Supervisors regularly takes stands on national and international issues. Yet when it comes to limiting their own power as supervisors, “local control” becomes untouchable.

Left to its own powers, San Francisco is hardly a national model for public transit. San Francisco deserves a larger administrative role, but it’s not as if the city has demonstrated such great expertise in  transit expertise that Caltrain has suffered without it.

Some “progressive” opponents of San Francisco putting the Caltrain tax on the ballot claim that it primarily benefits affluent workers. They frame it as using a regressive tax to primarily help the rich, and to bring an income group to San Francisco that they prefer be kept away.

Putting aside the demographics of who uses Caltrain (40% lack access to a car and make less than $100k)), let’s assume that statistics are correct and the average rider makes $129k per year (this is based on a 2016 Triennial Customer Survey, the most recent we could find). If Caltrain has to severely cut or even eliminate service, how does this help San Francisco?

Defunding Caltrain won’t stop affluent South Bay residents from working in the city. But it will cause many to move to San Francisco. And what happens when affluent workers seek to live in San Francisco? They outbid others for existing rental units. And they create a new buyers’ market for Ellis Act evictions.

That’s exactly what happened in the 1990’s dot com boom. I describe in my book how San Francisco progressives responded by killing live-work lofts, the leading new source of middle-class housing. Progressives also fought effort to expand housing supply to address the influx of affluent tech workers. They thought doing so would keep the rich away—when all it did was displace the working and middle-class and cause skyrocketing rent and home price hikes especially in Bernal Heights, Noe Valley and the Mission.

Many affluent workers who remain in the South Bay despite losing Caltrain will drive to San Francisco. After all, they can afford to park near their jobs. That’s a great environmental push by supposedly pro-green San Francisco. Our Board backed a Green New Deal. How does killing public transit and adding to traffic fit with that?

And one final point offered to me by transit advocate Adina Levin: the tax would fund new equity and connectivity measures that would greatly expand access to Caltrain for people across the income spectrum. So those concerned about rider equity should support the tax.

In 2003, San Francisco’s Prop K asked voters to continue a one-half cent sales for transportation projects that was set to expire in 2010. Peskin joined other progressives in backing the tax. From the ballot handbook:

Every progressive group in Los Angeles backed a billion dollar sales tax hike in March 2017 to fund housing for homeless. Nobody opposed it on grounds it was “regressive.” The reason California progressives often back sales taxes is that Prop 13 has made it too hard to raise revenue in more progressive ways.

Aaron Peskin typically opposes sales tax hikes. But many believe he did not raise the “regressive tax” argument until his original position—that Caltrain “lacks real oversight & accountability of public dollars”—brought criticism. He tweeted last Friday that “SF supports dedicated funding for Caltrain” and Rachel Swan of the SF Chronicle reported that Peskin and Walton back a plan whereby “if the three counties can’t strike a deal on governance by an unspecified date, then they would each be allowed to spend the tax money on their own transit projects along the corridor, instead of giving it to Caltrain.”

Two problems with this “solution.” First, San Mateo County officials appear to oppose it. Second, good luck winning a 2/3 vote for a sales tax hike when the purpose of the money is unclear.

Haney to the Rescue

After Peskin and Walton presumably killed the Caltrain tax, D6 Supervisor Matt Haney began an all out campaign to save it. This surprised many who assumed Haney would take the side of his Board allies. But in a long series of tweets Haney expressed a deep understanding of the Caltrain issue. Packing strong progressive credentials, Haney’s support meant that killing the voters right to approve the Caltrain tax was not “progressive.”

I think the Board will approve letting voters decide the tax. It’s time for other supervisors to express support for Haney’s motion so that momentum builds for a positive vote tomorrow.