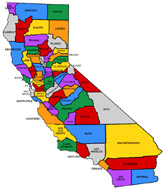 Remember when California moved up its presidential primary from June to February – so that we’d have a “bigger impact”? We ended up sharing February 5th with 21 other states – and so had almost no effect on the nomination. Barack Obama lost to Hillary Clinton because he didn’t have enough time to introduce himself to voters in such a large state, but made up for that loss by racking up huge victories elsewhere. Now California has a state primary on June 3rd – where turnout is expected to be very low, so the right-wing Proposition 98 to end rent control could pass. If we had kept the primary at a later date, we would have affected the nomination – and Prop 98 would have gone down in flames. But the Democratic leaders in Sacramento pushed a February primary to extend their term limits – in a gambit that failed.

The case for moving up California’s primary had its valid points – such as why does Iowa get to hog so much attention from presidential candidates every four years, who then are forced to take a position on ethanol? As the largest and most diverse state in the nation, California deserves its place in the spotlight. Candidates must be held accountable on issues that matter greatly to us like immigration, suburban sprawl, education funding, affordable housing, public transportation and levee repairs. But despite moving up our primary, these issues did not play a prominent role in the campaign.

That’s because California didn’t act within a vacuum. The Democratic National Committee said that states could move up their primaries to February 5th without losing delegates, so a lot of states had the same idea. We ended up sharing Super Duper Tuesday with Georgia, Alabama, Tennessee, Delaware, New Jersey, New York, Massachusetts, Connecticut, Illinois, Minnesota, Arkansas, Missouri, Oklahoma, Kansas, North Dakota, Colorado, New Mexico, Utah, Arizona, Idaho and Alaska. Presidential candidates didn’t spend much time in California – because they were too busy elsewhere.

California got some attention on Super Tuesday, but we were competing with 21 states just ten days after the candidates had duked it out in South Carolina. With the cost of running a statewide campaign here, Clinton and Obama spared their resources – and devoted more attention to states on the East Coast, Midwest and in the South where a little money could go a long way. Obama lost California, but his campaign also figured out the math on winning delegates – focus on the small states and rack up huge victories.

Could Obama have won California if he had spent more time here? Maybe. Clinton still won by a nine-point margin, but she was ahead by over 20 points a few weeks earlier. Obama needed time to get acquainted with California voters – especially Latinos – and a more systematic effort in the Golden State could have been successful. Bear in mind that he practically tied Clinton among voters who went to the polls on Election Day. But with California’s early absentee balloting, Clinton blunted his momentum.

What would have happened to the nomination fight if California had not moved up its primary to February 5th? Obama would have emerged from Super Tuesday as the clear winner – but Clinton still won enough states (New York, New Jersey, Arizona) to keep the race going. Obama would have racked up a wider lead in the delegate count earlier, but Clinton would have refused to back out – insisting that the race must be decided in California. By June, California would have been viewed as her “make-or-break” state.

It’s interesting to see how much attention Pennsylvania got in this race – because they weren’t greedy like the other states that moved up their primary. California could have had that same privilege if we had just been patient – allowing each candidate to come here, address our issues and earn our support. Obama will be the Democratic nominee, and it will be no thanks to California voters. By trying to have a bigger impact, we ended up making ourselves practically irrelevant.

Some argue that a February primary was good – because it boasted a high turnout. That’s good for democracy, but the unintended consequences may devastate our state’s future. A subsequent statewide primary on June 3rd will see a very low turnout – where the Howard Jarvis Taxpayers’ Association is pushing Proposition 98 to abolish rent control. Polls show Prop 98 trailing, but we still don’t know exactly who will vote. If renters and Democrats don’t turn out, the right-wing agenda will prevail.

In fact, the President of the Jarvis Association has admitted that a very low (and conservative) turnout will help them on the June ballot. They started planning over a year ago to gather signatures for Prop 98. When it looked like they were going to qualify for the February ballot, they actually stopped gathering signatures – and then resumed after it was too late. Make no mistake about it: they put it on the June ballot for a reason.

Of course, having more of an impact in the nomination process was not the real agenda for a February primary – it was just the “official” reason to get Californians to support it. Assembly Speaker Fabian Nunez and Senate President Don Perata – who were about to step down because of term limits – wanted to pass Proposition 93 to allow them to stay in power for another term. They could have planned ahead and put it on an earlier statewide ballot, but instead wasted our money with a February initiative. The voters ended up rejecting Prop 93 – so Perata and Nunez will have to step down anyway.

In order to prove that the February primary was not a waste of time and resources, Perata and Nunez must now make the defeat of Prop 98 a top priority. Defeating Prop 98 won’t take back the money that the state spent on another election (which could go towards education, housing and transportation), won’t bring back California’s relevance in the presidential nomination process – but at least it will help save rent control. And right now, it’s the only thing that Perata and Nunez can do about it.