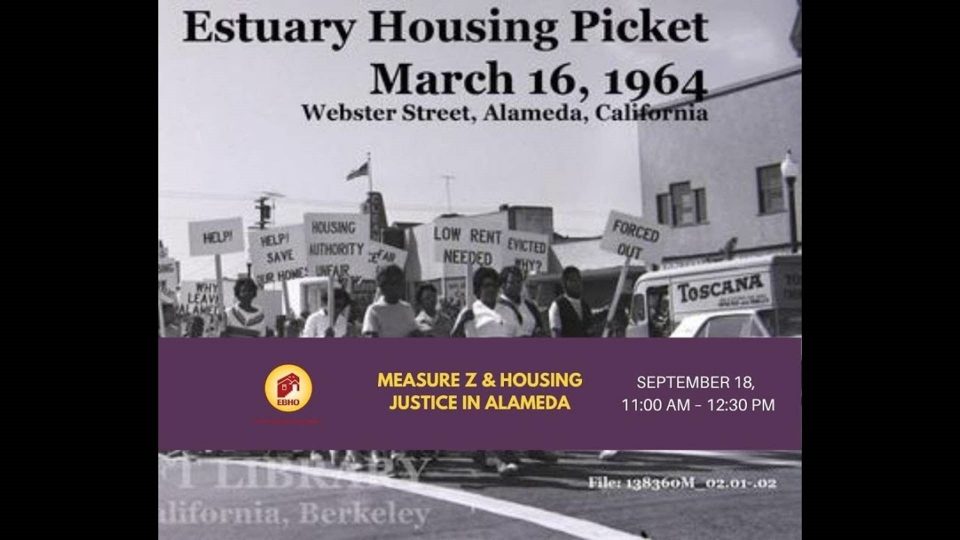 *Alameda voted 60-40% to continue its longtime ban on new apartments.

Also in November: Novato rejected state Project Homekey funds for housing the unhoused and Millbrae’s City Council voted unanimously to sue to stop a hotel in the city from becoming permanent supportive housing.

In the 1960’s federal law stopped cities from legally excluding Blacks and Latinos. But “local control” enables the majority-homeowner electorate to decide who gets to live in their city. And that means enacting zoning restrictions that exclude affordable housing and most Black and Latino residents.

Why does California allow affluent homeowners to build walls around their cities? Walls that promote racism and class bias in the name of “local control”?

Racial and class exclusion is a profitable game. Raising property values by restricting supply is a strategy that legislators are loathe to challenge.

But these affluent cities are shifting the costs of building new housing for the state’s rising population and the unhoused to other cities. This makes it the state’s responsibility to intervene.

I know the difficulty of getting California legislators to interfere with affluent cities land use power. In 2020, every major housing production bill was defeated. This included Senate pro tem Toni Atkins’ bill to allow duplexes in single family zoned neighborhoods; when homeowners can stop new two-unit buildings you know we are dealing with serious resistance.

But here’s why I give these efforts a better chance in 2020.

First, the coalition surrounding Alameda’s No on Measure Y campaign shows how support for inclusion can be built through grassroots activism. There are more state legislators representing districts who allow affordable housing than those who effectively ban it. The challenge is mobilizing people in these cities to tell their legislators to ensure all cities provide their fair share of rental and affordable housing.

State legislators hear far more from affluent opponents of new apartments than they do from those supporting such housing. We can change this in 2021.

Second, progressive legislators who may have opposed SB 50 should support a bill mandating that all cities allow building new affordable apartments. Or a bill requiring cities to build their fair share of rental housing.

The former is akin to applying a version of Cambridge’s 100% Affordable Housing Overlay statewide; the latter is already mandated by state mandated RHNA (Regional Housing Needs Allocation) provisions. Many are not aware that since 1969 California has required all cities and counties to plan for the housing needs of the state’s residents—regardless of income.

The Attraction of Local Control

I got politicized in Berkeley in the 1970’s. Our mantra was “Socialism in One City.” I understand the attraction of “local control.” But the weakness of that strategy became clear when Reagan’s 1981 budget cuts decimated cities. election. I describe in my book on San Francisco’s Tenderloin how we didn’t realize until Carter Administration ran out in the mid-1980’s how much the neighborhood depended on federal funds; it’s a message activists in all cities have learned.

Let’s put aside past disagreements over housing densit and unify behind state minimums for at least new affordable housing if not for all new apartments. Even if President Biden’s universal Section 8 funding were implemented there would not be sufficient units in California for all eligible families to get housing.

We must build more. And in all cities.

Randy Shaw offers solutions for California’s housing crisis in Generation Priced How: Who Gets to Live in the New Urban America (UC Press 2020)