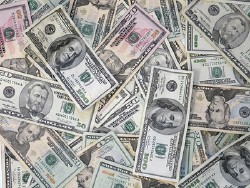 Business groups dominate the funding of California lawmakers’ campaigns, according to a study released today by the nonpartisan research group MAPLight.org. Businesses and trade associations paid for 40 percent of California legislators’ campaigns over the last three years. Business groups provided more money than private citizens (17%) and labor unions (16%) combined. The study examined campaign contributions to members of the state Senate and Assembly. Political parties funded 12 percent of campaigns, with most of these funds directed towards a small handful of legislators. Advocacy groups — such as the Howard Jarvis Taxpayers Association on the right, or the League of Conservation Voters on the left — gave a tiny amount, less than one percent of all funds.

To see how much your representative received from business, labor unions, and more, visit http://maplight.org/investing-in-influence-610

“Even well‑intentioned legislators must grovel before interest‑group donors to raise campaign cash,” said Newman. “The problem is not with a few bad apples, but with a rotten barrel.”

Next week, California voters will decide on Prop. 15, sponsored by the California League of Women Voters. The measure creates a pilot program for Secretary of State candidates to run for office without raising interest‑group campaign funds. MAPLight.org is a supporter of Prop. 15.

This study includes reported contributions from January 1, 2007 through March 17, 2010 to campaign committees for Assembly and state Senate, but excludes self‑funded contributions. We analyzed campaign contribution data from the National Institute on Money in State Politics (NIMSP) as of April 29, 2010, whose data is based on reports that candidates and contributors are required to file with the California Secretary of State.

MAPLight.org is a nonpartisan, nonprofit, 501(c)(3) organization based in Berkeley, California. Its mission is to illuminate the connection between Money and Politics (MAP) using our groundbreaking database of campaign contributions and legislative votes.

In May 2010 the group launched MAPLight.org California, a website tracking campaign contributions to all state legislators.

MAPLight.org combines data from the Federal Election Commission, the Center for Responsive Politics, GovTrack.us, the National Institute on Money in State Politics (NIMSP), the Los Angeles City Ethics Commission and other sources to better inform Americans and local and national media about the role of special‑interest money in our political system. Hundreds of newspapers, TV stations, radio shows and online news sites have cited MAPLight.org’s research, including CNN, the public radio show Marketplace, Harper’s, The Washington Post, and Reuters.

MAPLight.org has received numerous awards including a Knight‑Batten Award for Innovations in Journalism; a James Madison Freedom of Information Award from the Society of Professional Journalists, Northern California Chapter and a Webby nomination for best Politics website. To learn more, visit: MAPLight.org