Budget Surplus: Will the People Have a Say? 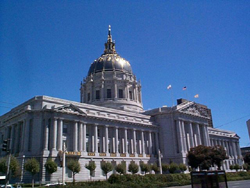 After news of an unexpected budget surplus of $137 million hit City Hall, just about every elected representative threw out a proposal for spending it before there was time to blink. Now, as the debate over the competing proposals heats up, it’s important to remember a crucial voice in the process – the people of San Francisco. Budget and Finance Committee Chair Chris Daly has called for an initial public hearing on all proposals March 15, and will hopefully call for a following series of hearings to provide ample opportunity for public input. However, the question remains: will decision-makers listen?

By its very nature, the budget process remains tough for everyday citizens to become involved in. Complex calculations, endless documents and a variety of technical jargon make the details of the city’s budget hard to understand. Even worse, hearings on that budget usually occur during work hours, eliminating the chance for many everyday residents to make their voices heard. These hearings seldom provide a definite time for public comment, making it difficult for those who do want to comment to plan their day around doing so.

This budget season, however, appears like it may be even worse for residents. City officials revealed a massive surplus late in the process, giving little time for community groups to develop a comprehensive plan for the money that best serves their constituents. And now, it appears many at City Hall are trying to rush through their own proposals in the race to pass a budget quickly, providing a very small window of time for individual voices to be heard.

The massive size of the surplus alone makes this troubling. $137 million could do a lot for San Francisco, from stopping homicides to providing health care and housing to residents who need both desperately. Opportunities to take significant steps towards solving the city’s biggest problems don’t come often, but this budget season could provide just that.

Decisions this major should not be left solely in the hands of public officials, and should not be made during a rushed process. The city will be deciding its top priorities, allocating money towards the causes they believe to be the most vital to its residents. Those most affected by those decisions should be at the table, and should be given time to weigh in.

Residents’ ability to be at the table, however, is severely compromised when the process involves picking the best from a variety of already well-defined proposals. While many at City Hall already appear to have a great deal invested in their personal demands, they should remain willing to alter or negotiate their proposal according to their constituency’s input. More importantly, they should eschew any deal-making out of the public eye when trying to get their proposals passed.

To ensure all this happens, our elected representatives need to take steps immediately to slow down the budget process. Time should be allowed to let the public become familiar with the variety of competing proposals, then a series of hearings should be held on how to best spend this year’s surplus.

In addition, a variety of reforms to the current budget hearing process could be enacted to increase public participation. Specific times during the day when public comment will be allowed could be provided. Some of the those times could be set after 5 p.m., so those who work during the day would have an opportunity to voice their concerns. And those holding the hearings should take special care to ensure technical aspects of the debate are made understandable to everyday residents.

San Francisco needs to take a step back from the current budget debate and turn the process into a forum for civic engagement rather than a series of back-room deals. Of course, all the time in the world for people to speak does not guarantee the most essential component of this year’s budget – that the politicians actually listen to what residents have to say.