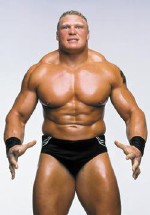 They used to say that the day before the major league baseball all-star game (Monday of this week) and the day after (Wednesday) were the only two on the calendar in which not a single major sports event was held. How obsolete that notion has become.

It’s obsolete, first of all, because the all-star game itself requires some serious grading on the curve in order to regard Tuesday as a major sports day. That extravaganza is the latest joke shoved down the throats of fans by the lords of baseball. It manages to combine disparate and self-canceling farces: bloated player rosters and an illogical selection system that trivialize the concept of an all-star; lack of effort in every area, save that of cross-promotion by the Fox television network; and, to give the meaningless a last perverse twist, the gimmick of tying the game’s outcome to the winning league’s home-field advantage in the World Series. I stopped tuning in years ago, and I won’t bother to watch this one even though it emanated from my hometown of St. Louis.

But there’s a second and more interesting reason why the post-July 4 Monday-and-Wednesday sports hiatus no longer applies: In America today, there are no such things as major sports and minor sports. There are only high-revenue sports and wannabe high-revenue sports. All have been reduced to spectacles of varying degrees of athletic probity.

Take UFC 100, last Saturday’s stunningly successful pay-per-view from the Mandalay Bay casino in Las Vegas, staged by the hottest promotion in the upstart sport of mixed martial arts. In an improbable sequence with one foot in modern marketing and the other in the 19th century carnival tent, UFC has, in a mere year and half, manufactured a superstar for our times by the name of Brock Lesnar.

Lesnar, the UFC heavyweight champion (he weighs in at 265 and further beefs up in the 24 hours before the bell), avenged the only loss of his still-fledgling MMA career with a two-round destruction of Frank Mir. The show, which almost certainly will prove to have topped a million pay-per-view buys at $45 a pop, featured other marquee UFC names, but none with the potential crossover clout of Lesnar. He is a freakishly quick big man — an NCAA heavyweight wrestling champion with limitless prospects as a World Wrestling Entertainment cartoon creature. He didn’t like the WWE grind, however, and after an abortive National Football League tryout, he found his home in UFC.

As if further legitimizing his carnival bloodlines, Lesnar also married Rena Mero, the ex-wife of a pro wrestler, one of the original WWE “divas,” and the first to pose for Playboy. What a country!

I’m no John McCain, who labeled MMA “human cockfighting.” (McCain has close ties to the traditional boxing industry. He’s also a heavy gambler, and the Las Vegas and Atlantic City interests are just now catching up to the tastes of the 20- and 30-somethings who put MMA on the map.) This is a sport requiring technique, multidisciplinary technique at that. Even the gifted Lesnar discovered as much in his first bout with Mir, who, though overpowered, won by catching him in a leg submission hold.

Like many of my generation, I do have problems with a real combat sport that is, literally, predicated on hitting your opponent when he is down. Full-contact bareknuckles striking is actually safer than modern boxing; the padded glove protects the hand, releasing it to administer uninhibited brain damage. But the ground-and-pound element of MMA ensures gratuitous head trauma (as was most graphically illustrated Saturday in Dan Henderson’s brutal KO of Michael Bisping).

My opinion doesn’t matter. If a million-plus from an identifiable demographic with holes in their pockets — egged on by Spike TV and by UFC head honcho Dana White’s video blog F-bombs — want to shell out monthly big bucks to ogle gladiators, accompanied by girls with implants stuffed into wild bikinis, then the panem et circenses promoters of our contemporary jockocracy will find a way to accommodate them. Appropriately, Brock Lesnar showed off his pro wrestling “attitude” chops throughout UFC 100 hype week, as well as immediately after his fight. He came off as a mildly scary asshole — which is exactly what White wants and needs.

In case anyone still cares to argue the point, “real” fighting and “fake” fighting aren’t as different as they seemed before Lesnar came along to straighten us out. Nor is authenticity any more a cultural premium. Observing UFC 100 and the baseball all-star game within 72 hours of each other, would George Orwell himself have been able to say with authority which one was pig and which man?

Irvin Muchnick’s CHRIS & NANCY: The True Story of the Benoit Murder-Suicide and Pro Wrestling’s Cocktail of Death will be published in October. For info, see http://benoitbook.com. Follow Irv at http://twitter.com/irvmuch