Body Image is the Issue

by Peter Lauterborn and Amanda Piercy on September 2, 2009 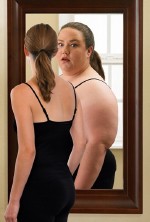 A well-intentioned battle to save youth from obesity has been raging for several years now, and it is picking up steam. Parents, school districts, and others have fought to improve children’s diets and physical fitness.

But the singular focus is misplaced. Obesity is merely one of many disorders that actually stem from low body images. While we are teaching students to exercise and eat right to keep a healthy weight, alarming numbers of children are fasting, purging, and excessively exercising. Youth’s body images amongst girls, in particular, is an epidemic in its own right.

The problem about addressing health from the perceptive of “don’t get fat” is that it assumes that eating habits are an exclusively physical problem. In truth, psychological issues play a large role, not only in overeating, but for other eating disorders as well.

The “silver bullet,” if there is such a thing, is to build children’s body images up consistently throughout their development. Creating a sense that the body is valuable and essential opens the door to tackle any physical and psychological challenges that emerge later, when not eliminating them entirely. Furthermore, retooling health education to address body image involves taking a proactive approach that supports students and eliminates the guilt associated with “failing” to be skinny.

It is clear that changes in health education are needed based on the available information.

While overtly thin girls are the stereotypical image we assign to the words “easting disorder,” many girls and boys, particularly those with bulimia, maintain relatively normal, even above average, weights.

There are other signs that can indicate an eating disorder. Bruising easily, constantly feeling cold, wounds that heal slowly, fatigue, and difficulty concentrating are some of the many physical indicators of an eating disorder such as anorexia or bulimia.

While physical signs and behaviors are not enough, psychological dispositions can provide crucial clues. In particular, issues related to obsession, control, and perfectionism. What is imperative is for those who work with youth and young adults to be sensitive to these factors and their interplay.

Even when disordered eating is recognized, it is too often treated as a physical illness and not a mental one; this is true for anorexia and bulimia as well as obesity and overeating. It is useless for a doctor or teacher to simply say: “You should eat something.” The eating habits are a manifestation of the larger psychological issues.

We do not know how many youth suffer from eating disorders, thus we may never be able to directly treat or support each case. For example, how does one treat the student who occasionally chooses not to eat for a day—though they would not be diagnosed as having an eating disorder?

To ever truly address obesity, anorexia, bulimia and generally disordered eating, helping students establish a basic understanding of their body worth is paramount, because in doing so, children will understand that stress and control issues are not to be dealt with through food.

A billboard in Oceanview reads: “Childhood Obesity — don’t take it lightly.” Contrast that image with one of a poster encouraging youth to love, nourish, and utilize their bodies and minds.

Which message would you want your kid to read?

Peter Lauterborn is the Education Policy Coordinator for the San Francisco Youth Commission, and can be reached at plauterborn@gmail.com.

Amanda Piercy is a coordinator a Young Women’s Health Leadership Program, and can be reached piercyamanda@gmail.com.

*Statistics used in this article are from the 2007 Youth Risk behavior Survey, prepared by ETR Associates for the San Francisco United School District.