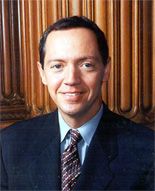 The Board of Supervisors passed a limited version of Sophie Maxwell’s new interim zoning controls for Potrero Hill last night. The Board voted 6-5 to amend the legislation so that those developers with projects already in the pipeline would not be affected by the controls, which emphasize production, distribution and repair (PDR) over housing.

The vote culminated a long and heated debate over the rezoning, with the amendment representing a victory for those opposed to it. A rare alliance of three of the most liberal on the Board – Matt Gonzalez, Chris Daly and Gerardo Sandoval – joined forces with three of the most conservative – Bevan Dufty, Sean Elsbernd and Fiona Ma – to push through the amendment, which allows four developments in the area already in progress to continue.

Those on the liberal end argued that Maxwell’s proposed controls unfairly harmed certain developers while benefiting others. Gonzalez specifically addressed a 600-unit site to be built by Bill Poland that would have been exempted from the new zoning controls, while other developers planning to build potentially more than 200 new units would have been stopped.

“It raises questions of fairness,” said Gonzalez. Gonzalez offered to support interim controls on the entire area if Poland’s site was included, but Maxwell refused the offer.

Supervisor Bevan Dufty introduced the winning amendment, noting that in previous legislation, including Daly’s recently passed condo conversion limits, the Board had agreed to draft items that dealt with issues prospectively. Both Dufty and Supervisor Fiona Ma argued that Maxwell’s plan unfairly penalized builders whose projects had already been submitted for environmental review.

The rarely vocal Maxwell aggressively defended her legislation against the amendment, providing rebuttals to nearly every argument for it. She continuously emphasized that the new zoning controls will prevent rampant land speculation there, despite only five land transactions occurring in the area over the past two years.

Despite the amendment, the unanimous passage of the interim controls left Maxwell with most of what she wanted. An Environmental Impact Report will now be done during the next year that the interim controls exist, which she claims will speed up the process to achieve a zoning plan all interested parties can agree on.

Supervisor Chris Daly joined Gonzalez in highlighting the exclusion of the Poland site. Daly noted that this “raised questions of fairness.” Daly voted for the amendment and voiced concern over what he called “overly personalized attacks” directed at Maxwell by the opposition.

In other business, the Board also voted to restore funding to the Tenderloin AIDS Resource Center, as well as the Tenderloin Self Help Center. The latter, however, only won by a 7-4 vote, which is not enough to override a mayoral veto.

Gerardo Sandoval again did an outstanding job of framing the budget debate around the failure of downtown corporations to pay their fare share. But Sandoval’s proposal to cut city funding to the city’s Convention and Visitor’s Bureau by $3.7 million appeared headed for defeat. Jake McGoldrick voiced what appeared to be a consensus on the Board to cut the Bureau’s funding by only five percent.

Sandoval and Daly renewed their argument that the downtown corporations that sued to stop the city business tax, and who have saved a total of $80 million as a result, should fund business related services currently funded by the city. Since downtown interests are contributing nothing to the City’s current $97 million budget crisis, the burden of budget cuts is falling almost entirely on labor and programs for the poor.