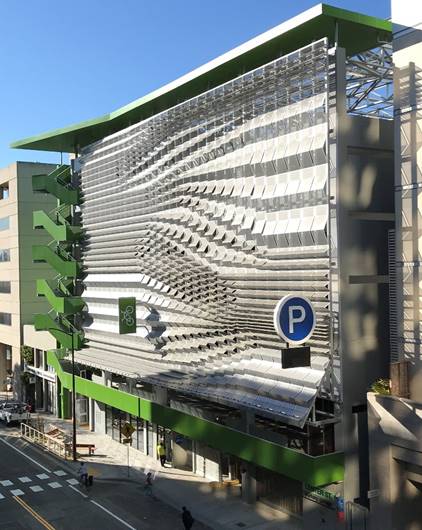 No Need to Wait for Federal Measure

Since a federal version won’t pass under President Trump, why not push for all blue cities to immediately enact local Green New Deals?

This would clearly start with the elimination of the exclusionary single-family zoning that boosts the long car commutes that drive greenhouse gas emissions and worsen climate change. I wrote about this in December (“Green New Deal Requires Green Zoning”) and Jenny Schuetz (“To save the planet, the Green New Deal needs to improve urban land use”) and Alex Baca (“The Wretched, Climate-Killing Truth About American Sprawl”) have made similar points.

The Green New Deal must include land use strategies to reduce driving.

Believing that a Green New Deal can avoid cities changing land use policies to promote rather than restrict infill housing is almost as irrational as climate change denial. Yet cities are filled with politicians who back the national Green New Deal, consider themselves environmentalists, yet strongly oppose allowing new apartments to be built in all neighborhoods.

A push for local Green New Deals would expose this hypocrisy. And this exposure could build on the existing momentum challenging the racist, anti-green, pro-car commute exclusionary land use policies that all major blue cities other than Minneapolis still maintain.

Local Green New Deals must also go beyond land use reform. Cities must  eliminate mandatory parking minimums for new housing and raise the cost of street parking (for great parking reform ideas check out Tony Jordan’s visionary Portlanders for Parking Reform), install truly protected bike lanes on major thoroughfares (that means a barrier separating bikes from cars, not a green bike lane painted on the street), and a range of policies that urbanists and readers of Streetsblog USA know so well.

And it also means taking on the biggest issue other than ending exclusionary zoning:  why are progressive cities whose congressmembers back the Green New Deal still designing streets for cars rather than pedestrians? In the futuristic Green New Deal era, why is the car still king?

Many blue city enviros operate by a double standard. They clearly oppose coal burning plants, pipelines, and the expansion of polluting industries. But when it comes to environmental measures that directly affect blue city residents—policies not blocked by Republicans—a different set of values emerges. Suddenly, small business complaints about bike lanes taking away parking are prioritized over a green agenda. Politicians defer to homeowners opposing infill housing for allegedly adding to street parking, blocking views or otherwise negatively impacting “the environment.”

Consider the anti-green policies still implemented in the bluest of cities:

Instead of encouraging alternatives to driving, blue Berkeley extols a new eight-story, 720 space parking garage is as “green.” Instead of accepting that spending money adding lanes to highways is a failed strategy, Portland’s Mayor Ted Wheeler backs a $450 million expansion of the I-5 highway in the Rose Quarter area.

In Austin and other blue cities municipal golf courses overwhelmingly used by a narrow, white male demographic still occupy land that could go for affordable and middle-class housing—all while requiring massive uses of water that enviromentalists’ should oppose (See “A Course Correction for Housing Needs,” by Jack Craver)

Why does deeply blue and largely flat Los Angeles have so few bike lanes?  Tthe city’s arguably most “progressive” Council member, Gil Cedillo, is a staunch opponent of bike lanes. And he is not alone.

All San Francisco elected officials identify as green, but the Board of Supervisors maintains a strict ban on building infill apartments on most available land. This ban contributes to the over 120,000 car commuters driving from more affordable Sacramento to Bay Area jobs..

The list of blue cities that could do far more to reduce driving and hence greenhouse gas emissions could go on and on. But I would be remiss not to mention Seattle replacing its long criticized waterfront highway with a tunnel for cars rather than public transportation.

Blue cities routinely fail to take the bold actions that are being called upon in the national Green New Deal. And cities don’t have Republicans or climate-change deniers to blame.

It makes one wonder whether some Democratic congressmembers embrace a Green New Deal because they know Republicans will stop it. When Democrats refuse to act locally to reduce greenhouse gases, we have to ask—like some Republicans are asking about the Party’s failure to fund the Wall when it controlled Congress and the White House—how serious Democrats really are about climate change.

I recognize that a different set of elected officials operate in the national and local arenas. And many, like Alexandria Ocasio-Cortez herself, would also be pushing for local Green New Deals if they were local officials.

I also realize that addressing climate change must include federal legislation that binds all states to higher pollution and energy standards. Nobody suggests that federal Green New Deal efforts should be abandoned while local efforts move forward.

But as I argue in Generation Priced Out: Who Gets to Live in the New Urban America, efforts to secure badly needed federal housing funds do not mean that cities are free to ignore their own obligations to make housing more affordable for the working and middle-class. As I detail, working and middle-class families priced out of cities earn too much for federal assistance. City land use policies can either keep these groups in blue cities or force them out.

And for decades these blue cities have been doing the latter.

The same is true for the Green New Deal. It’s a cop out for anti-housing local officials to argue that only a national law can impact climate change. Localities can and must do their part—but that means telling homeowners that they can no longer stop apartments in their neighborhoods and small businesses that customers are just as likely to arrive by bike or foot than a car.

Will politicians in blue cities step up to address climate change?  In my book I write about many politicians doing so across the nation, from Lisa Bender in Minneapolis, Austin’s Gregorio Casar, Seattle’s Teresa Mosqueda, Portland’s Chloe Eudaly and many others. Their numbers are increasing.

But time to address climate change is running short. And its up to activists to quickly make local Green New Deals a reality.