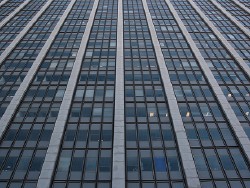 The 10-day federal civil trial is over, the verdict is in. The nation’s largest union, SEIU, claimed victory on March 9 after a nine-person jury awarded them a total of $737,850 in damages spread out among 16 former officers and employees of their 150,000-member California local affiliate, United Healthcare Workers-West (UHW) and against their UHW rebel offshoot and chief California rival, the National Union of Healthcare Workers (NUHW).

Despite SEIU’s celebration, in the end, the jury exonerated nearly half the defendants and awarded SEIU only 3% of the damages originally sought, requiring 16 former officers and staffers to repay a set of UHW salaries for a brief period of 18 days.

But, clearly, SEIU strongly believes it now has legal justification for their high-pitched cacophony aimed at these former UHW veteran leaders amid accusations that they are completely unethical and unfit to run a union, particularly one challenging SEIU.

However, despite all the hyped accusations of a conspiracy beginning in 2007 to steal money and files, to obstruct the functioning of UHW and to secretly plot to build a new union, SEIU’s actual damage claims were strictly limited to just several weeks in January 2009.

This two-and-half week period of time stretched from January 9 when SEIU’s International Executive Board (IEB) voted to forcibly transfer 65,000 UHW members to another local union, to January 27, when SEIU finally imposed trusteeship on UHW, suspending its constitution and firing all its officers and staff.

During that time, defendants argue, UHW leaders had every right to insist these 65,000 workers be given the opportunity to vote on whether they wanted to remain in UHW or be placed into another local. In fact, during this same 18-day period in question, they attempted to resolve the dispute and certainly did nothing illegal.

Defendants pointed to a January 26, 2009 letter to SEIU president Andy Stern, approved unanimously by the UHW executive board, pledging full cooperation if these 65,000 workers were extended the right to vote on the matter. Stern rejected their proposal and imposed trusteeship the next day.

It is worth noting that no damages were sought for stealing, sabotage, violence, obstruction or lying. SEIU’s personal accusations against NUHW leaders is their main line of attack outside the courtroom but never once were they raised for the jury to consider, although their attorneys did perform a skillful job of introducing a steady stream of calculated innuendo.

It is difficult to gauge the effect this had on the jury despite US Federal District Court Judge William Alsup’s instructions directly affirming that “there is no claim in this case against any defendants for assault, battery, theft, trespass or intimidation.”

“The difficult challenge for the jury,” defense attorney Dan Siegel accurately predicted to me while the jury was still deliberating, “is to differentiate the variety of confusing allegations over an extended period of time from the extremely narrow list of actual damage claims, limited to only one month.

“Plaintiff attorneys accuse defendants of improperly resisting the transfer of 65,000 members from their local, unlawfully opposing trusteeship and plotting to build NUHW while still working for UHW. And they hope the jury leaps to the conclusion that one month’s damages should be awarded because of the cumulative record of this alleged misconduct. But if their case was so strong over the whole period of time UHW was in conflict with the international union, why were claims only made for that one month?”

Power at the Top or Democracy at the Bottom

During a pre-trial settlement hearing with Judge Alsup, SEIU made a last-minute offer to drop their suit if NUHW just “shut down.” Defendants responded by stating that “NUHW is not ours to shut down,” recalled former UHW Research Director and defendant Fred Seavey in a conversation with me.

And certainly, NUHW remains standing after this verdict, there was no “knock-out” blow. In fact, just this January, 2,300 nurses and professionals at Kaiser Permanente hospitals voted by a margin of 85%-to-15% to leave SEIU and join NUHW.

Through it all, NUHW remains defiant and intends to appeal the jury’s verdict.

Of particular concern in the appeal, is Judge Alsup’s problematic jury instructions that defendants could not “obstruct or frustrate the ability of UHW or SEIU to carry out the [trusteeship] decision and did not induce others” to do the same after the January 9, 2009 SEIU International Executive Board (IEB) vote to transfer 65,000 UHW long-term healthcare workers out of the local.

These jury instructions, defendants feel, unfairly characterized the legitimate democratic rights of local union members and their elected leadership as being illegal. In effect, the jury instructions biased the jury in favor of SEIU’s central premise that all opposition to the international should have ceased after the January 9 IEB decision. Every dollar assessed in damages springs from defendants’ actions from this date.

This is a case about “rules, rules, rules, ladies and gentleman,” thundered SEIU’s lead attorney Gary Kolhman in his closing argument to the jury where he emphasized repeatedly the higher authority of the international over local union affairs.

A far better way to interpret constitutions is to understand that members have democratic rights to express themselves unless it specifically states otherwise in the bylaws. This is the more open way local union meetings are conducted across this land.

You lean towards permitting more democratic expression of the membership when interpreting a constitution, especially when wording is either vague or silent. This is the sound advice I received from my international union as I presided over several hundred local union meetings, executive boards and committee meetings over the years.

Listening to SEIU’s $10 million team of attorneys was in sharp contrast to my experience and would not go over very well among independent-minded local union members. The hierarchal corporate arguments of plaintiff attorneys prompted a friend of mine in the courtroom’s public gallery to pass a note reminding me that “the Knights of Labor did not allow lawyers or liquor salesmen to be members.”

SEIU’s constitution does indeed share the same language as all union constitutions whereby certain decisions of the international union take precedence over local units. But, this does not mean a local union cannot democratically decide to use its own resources to challenge and oppose decisions right up to the moment they are implemented.

Opposing decisions, defendants argue, is quite different from obstructing the actual trusteeship itself, which in this case, did not occur until January 27, 2009. At that time, the defendants were removed from office and fired, therefore, arguably preventing them from interfering in the actual application of the trusteeship.

This was a very plausible argument. Opposing certain views is widely understood among those who value democratic rights to be quite different than obstructing certain actions. This is a fundamental distinction that protects basic free speech rights in this country.

That is, until this court suit set a precedent, a dangerous precedent I believe, that requires local unions cease all opposition once an IEB or any higher body makes a policy decision, even before it is implemented.

This is a blow to dissident voices who seek to influence national leaders to reconsider policy. To this day, a debate of the real issues has been obfuscated by Andy Stern, who still has not yet acted, ironically, on separating the 65,000 long-term health workers from UHW.

Finding myself in a crowded elevator after the verdict with several plaintiff attorneys and a national SEIU spokeswoman, I could see on their faces how pleased they were with the outcome (though at the time, the attorneys reported to me damages that were twice the actual amount, a result of some honest early confusion). Responding to my question, Michelle Ringuette, SEIU Director of Strategic Affairs, was quite pleased. “It was a victory, and an extra victory for UHW members. The truth has come out and now we can move forward.”

Part of this truth for SEIU was summed up a few hours later by UHW member Erica Brodie who co-hosted a post-verdict conference call with members and the press, myself included. Commenting on the damages being significantly below what SEIU originally sought, she responded that “it wasn’t about the money, I don’t care if we only got $1.99, we proved a secret conspiracy going back to 2007.”

Another SEIU leader in the phone conversation begrudgingly acknowledged that NUHW would still be around but “that they can keep NUHW, the name has been disgraced.”

Others repeated SEIU charges that the defendants “stole membership lists, set up a $3 million slush fund, established private email systems to conceal their conspiracy and destroyed grievance and bargaining records to sabotage the functioning of UHW.”

The conversation was laced with invective against usurpers within “UHW who had misused their leadership positions to subvert the union and to build a new union.” Disturbing charges of NUHW leaders being “liars, thieves and sociopaths” were left unchallenged by national SEIU leaders participating in the conference call.

The trial’s verdict is obviously being used to accelerate these scurrilous attacks.

It is somewhat understandable, if not excusable, how ardent SEIU supporters are prone to exaggeration and characterize their opponents in such harsh personal terms. The last 14 months since SEIU imposed trusteeship on UHW has seen the emergence of NUHW as a credible opposition with support among large sections of UHW members.

Decertification petitions challenging SEIU have been signed at worksites representing 100,000 workers. The conflict has extremely high stakes because 700,000 of SEIU’s 1.8 million members reside in California where the battleground is now concentrated. These tense circumstances fuel heated personal attacks.

Nonetheless, it is totally improper for union officers to allow political conflicts to be posed in such personal terms. Inside a union hall, such language would immediately be ruled out of order by the chair.

Yet, this has become SEIU’s stock in trade. Attempting to stain the good name of its union opponents only serves to mar the once-proud name of SEIU itself. In addition, leveling such poisonous charges erodes critical aspects of internal union democracy.

An honest examination of issues is impossible when your opponents are described as liars, thieves and saboteurs. Confused members are the ultimate victims of this vindictive approach.

And for this, it is Andy Stern who stands accused. He must be held accountable for the hyper-ventilated animus he fosters among the membership who, after all the courtroom drama is stripped away, deserve access to a free and open debate and discussion.

But Stern will not face a lawsuit before a jury of nine in a federal courtroom. NUHW operates in other ways. His conduct will be judged directly by California healthcare workers themselves, now petitioning by the thousands for elections which will decide between SEIU and NUHW.

This is where the discussion should have remained, among the members and not in a courtroom; and with a focus on issues and not on personal invective. An objective discussion would examine why Stern wanted to place the UHW in trusteeship rather than agree to allow 65,000 long-term healthcare workers the opportunity to vote on their forced transfer out of the local where they enjoyed an effective and strategic alliance with the powerful hospital division.

But Stern never wanted this debate. By SEIU’s own admission, the purpose of the federal civil trial was primarily about “disgracing” its rebel offshoot. It definitely was not about clarifying principles of union democracy.

In his determined pursuit to squelch an internal rebellion, Stern ruthlessly tread on the personal reputations of honorable trade unionists. More important, he trampled on the rights and interests of his own members, poisoning the political atmosphere and setting dangerous legal precedents that, left unchallenged, can be used against rebel workers both inside SEIU and in other unions as well.

Carl Finamore was present for most of the trial. He is a delegate to the San Francisco Labor Council, AFL-CIO and former President (ret), Air Transport Employees, Local Lodge 1781, IAMAW. He can be reached at local1781@yahoo.com