Blasphemy is Still Against the Law? 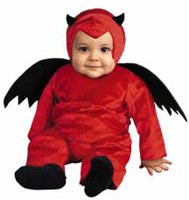 It might surprise some people that blasphemy is still against the law in some states in this country. Filmmaker George Kalman, who lives in Downingtown, Pennsylvania found out the hard way. He filed with the Pennsylvania Department of State to create a limited liability company called “I Choose Hell Productions,” and was rejected because the name “may not contain words that constitute blasphemy, profane cursing or swearing or that profane the Lord’s name.”

Kalman thought at first that the rejection was a joke. After all, it was 2007 and surely no law existed to stop him from naming his company whatever he wanted. He was wrong. The sad truth is that there is such a law on the books in Pennsylvania. It was passed in 1977, after a state legislator, a Democrat, heard that a fire arms company called itself God Damn Gun Shop.

Kalman, who describes himself as “don’t know” when it comes to religion, did what any good citizen should do when confronted with such a blatant violation not only of free speech, but also of separation of church and state: He contacted the American Civil Liberties Union (ACLU).

A suit was recently filed on his behalf in Federal District Court in Philadelphia by a lawyer volunteering with the ACLU.

Pennsylvania is not alone in having such an archaic law. Massachusetts, Michigan, Oklahoma, South Carolina and Wyoming also outlaw “blasphemy.” In Oklahoma, the “crime” is punishable by up to a year in prison and a $500 fine. In other states, its definition includes any attack on God, Jesus Christ, the Holy Ghost and scripture.

Pennsylvania’s law only addresses corporate names, but it’s equally scary. “The fact that there’s some bureaucrat in Harrisburg who decides what’s blasphemous is outrageous,” attorney Thomas H. Lee II, who is representing the ACLU in the case, told the New York Times, “Whose Lord are they talking about? There are many Lords in so many religions in the world.”

Lee has a good point. Blasphemy laws harken from a time when religion played a bigger part in our country’s life than it does now. Even though ours is a nation founded on the principle that the state shall not promote a specific religion, Christianity was presumed for a long time to be the basis for our laws and mores, even though many of the founding fathers were deists who believed that there existed an indifferent god who didn’t interfere with humans at all.

Blasphemy laws have no place in a reasonable society. Not only because they are impossible to enforce (in a multicultural society such as ours, whose belief system would be the standard?), but also because the state has no business dealing with the issue. Blasphemy is the jurisdiction of religion. Let the clergy deal with it.

Reasonable people understand that in a secular society, one person’s blasphemy is another’s freedom of speech.