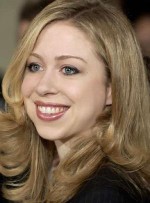 With President Obama highlighting the lies surrounding the attacks on health care reform, it’s worth emphasizing that these falsehoods were primarily circulated on television and talk radio – two longstanding traditional media outlets. Yet despite this and other examples, the traditional media continues to insist that, as the New York Times recently put it, “the persistence of the rumor despite the lack of tangible evidence says something about the Internet-driven media culture.” Ironically, the Times made this point in an article about falsehoods about Chelsea Clinton that were spread not by the Internet, but rather by … the New York Times Company.

The September 3 New York Times story, “A Real Fairy-Tale Wedding,” describes the cascade of false stories surrounding Chelsea Clinton’s nonexistent plans for an August wedding on Martha’s Vineyard. The theme of the story, noted above, was how these falsehoods get traction in the Internet age.

But here’s the problem. According to the Times, the false rumors were first reported in The Boston Globe. The Globe is owned by the New York Times Co.

After the Globe got the misinformation ball rolling, the Times reports the rumor being promoted in New York magazine. It then gathered steam in the New York Daily News, which was followed by FOX News.

The Washington Post, certainly a hallowed member of the traditional media, then ran a 1775 word article on how Clinton could conduct a “secret” wedding. The New York Times Travel section then described the rumors in passing (without denying them).

Finally, the New York Post reported on Sunday, August 30 that the Clinton wedding could occur that day, reporting having seen “preparations in full gear for a very large gathering.”

None of the above sources relied on the Internet to spread their falsehoods. Yet when August passed and no wedding occurred, the Times blamed “the Internet-driven media culture” rather than its traditional media brethren.

This falsehood eclipses the lies about Clinton’s wedding.