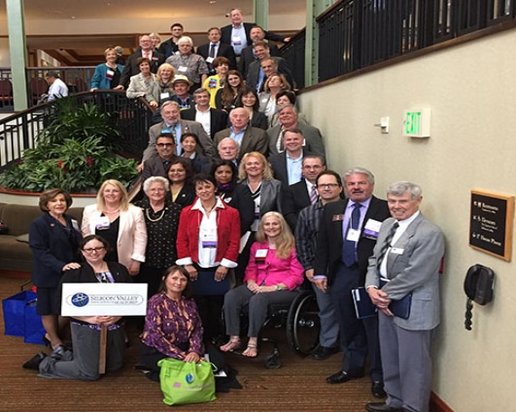 This meant that “instead of forming a pro-growth coalition with business and labor, most of the San Francisco Left made an enduring alliance with home-owning NIMBYs.”  Metcalf concludes that this led to the city’s acute housing shortage, and skyrocketing rents that prevent progressives not currently living in San Francisco from moving here.

I give Metcalf a lot of credit for offering a thoughtful and heartfelt analysis of the city’s longterm failure to build enough housing. As I told him after reading his piece, I’ve been arguing that progressives should align with builders instead of NIMBYs since the early 1990’s. And while progressives like former Supervisors Chris Daly and Aaron Peskin worked collaboratively with the Residential Builders Association and other developers to get more housing built—Daly may be the most pro-housing Supervisor ever— the dominant progressive strain has been to oppose new housing that was not 100% affordable.

But while I agree with much of Metcalf’s arguments about housing development, his article includes a glaring omission: the role of realtors.

Realtors, not anti-housing progressives, are far and away the party to blame for San Francisco’s affordable housing crisis (by “realtors” I mean those associated with the CA Association of Realtors or local associations that lobby in Sacramento against tenant protections)

Rents are skyrocketing in San Francisco because state law prevents the city from restricting rent increases on vacant apartments. Realtors get all the credit for putting the city in this policy straitjacket. In 1995, realtors’ won passage of the Costa-Hawkins Rental Housing Act in 1995 (CA Civil Code Sections 1954.50 et seq.), making housing forever less affordable in rent-controlled jurisdictions across California.

Absent Costa-Hawkins, San Francisco rents on most vacant apartments would be at least 25-50% cheaper today. In cases like the Hayes Valley 1 bdrm units now advertised for over $4000, the rent would likely be 50%- 75% less.

This out of control rental market is not some sort of unintended conseuqences, like the one Metcalf ascribes to progressive opposition to new housing development; rather, realtors pushed for Costa-Hawkins with the goal of destroying housing affordability.

Realtors, not progressives, are also to blame for the fear of Ellis Act evictions throughout San Francisco. Not content with securing unlimited rent increases on vacant apartments, realtors have fought in Sacramento the past two years to preserve speculators right to evict longterm tenants for profit—a point too often overlooked in assessments of San Francisco’s housing crisis.

Ellis evictions have created insecurity among thousands of tenants in small buildings as they wonder if they will be next to lose their homes. Ellis evictions target the most vulnerable tenants in San Francisco, yet realtors have done everything in their power to prevent common sense reforms in Sacramento that would prevent speculator evictions under Ellis.

On June 16, 2015 I was on the Which Way LA radio show with a representative of the California Apartment Association. She claimed that her group did not support Ellis Act speculators, which, as I said on air, is an absolute lie. The CAA along with San Francisco realtor groups led the effort to kill Senator Leno’s Ellis reform bill in both 2014 and 2015. Their campaign ensured that people could continue to buy buildings and then “go out of the rental housing business” the next day by issuing Ellis eviction notices to all tenants.

Ellis evictions often occur in areas like North Beach and the Castro where little to no new affordable housing is being built. Even if progressives had unanimously backed new housing construction for the past two decades, this would not have made up for the affordable rent controlled units lost due to the Ellis Act.

Strong rent control and eviction protections are the core prerequisites for maintaining affordable housing. That’s why Richmond’s enactment of both measures last week is so critical (see my piece, “Richmond 1, Gentrification 0”).

Realtors have denied San Francisco the most potent strategies to protect affordable housing, which would be the enactment of vacancy controls and preventing speculator Ellis evictions. They should be called to account for what their policies have wrought.

It’s also true that realtors have given only lip service to any concrete plans to increase affordable housing in San Francisco. The only measures they support, like the Small Sites Acquisition Program, involves all city money and none of their own.

Realtors demanded major concessions before backing the city’s 1996 affordable housing bond, and did not support the subsequent measures that narrowly failed.

So why Metcalf and others debate the importance of building new housing, it leaves the realtors responsibility for rising rents on the sidelines. Realtors stripped cities of the ability to enact more restrictive rent and eviction protection,  and the San Francisco housing crisis is primarily their fault.