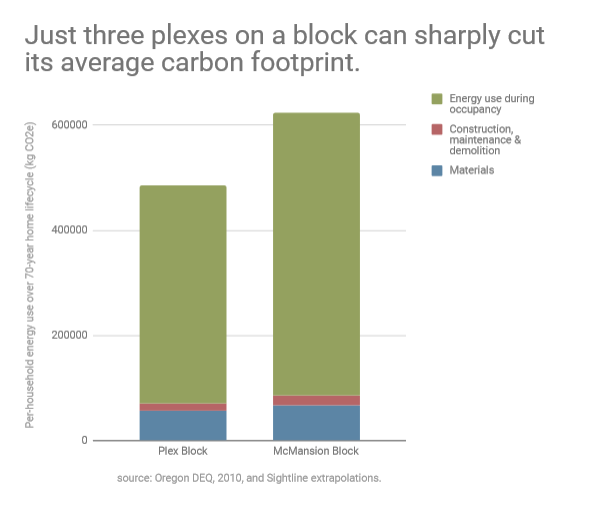 At last week’s Democratic Debate, both Elizabeth Warren and Bernie Sanders highlighted the corruption of the fossil fuel industry in preventing the United States from slowing global warming. No doubt.

Nobody disputes the evil and destructive political role of Big Oil, Big Coal, and other fossil fuel advocates. And climate change cannot be addressed at the federal level as long as these interests stand in the way.

But we cannot blame Big Oil, the Republican Congress or even Donald Trump for heavily Democratic “progressive” cities maintaining land use policies that directly worsen greenhouse gas emissions.  Most local politicians in cities like Los Angeles and San Francisco aggressively oppose land use plans that would reduce driving by increasing infill housing.

I’m really tired of this “progressive” hypocrisy around climate change.

I wrote Generation Priced Out: Who Gets to Live in the New Urban America as a call to action for progressive cities to align their housing policies with their stated goals of inclusion and diversity. And the past year has seen cities and states take bold actions to increase tenant protections and boost affordable housing funding.

But when it comes to increasing density on transit corridors or ending exclusionary single family home zoning—-both key steps to reduce driving and greenhouse gas emissions— far too many local politicians side with climate change deniers. Our local “progressives” don’t deny climate change;  they simply implement policies that reflect either a lack of caring about the crisis or an unwillingness to risk losing any votes by fighting to preserve the planet.

At an anti-SB50 event last Saturday night LA Councilmember Paul Koretz said his city could not house everyone in the nation who needs housing. This was a very strange comment. The zealously elitist Westside councilmember is from a city that has added over one million residents since 1970, many of whom immigrants. Los Angeles openly embraced this tidal wave of immigrants and is a much greater city as a result. But now we are told the city had no obligation to house the immigrant workers upon whose labor the city depends?

Cities Are Failing the Planet

People identifying as “progressive” used to be largely on the same page in supporting environmental protection. And virtually every local “progressive” politician is loyal to the Green New Deal, opposes the fossil fuel industry, and backs local energy reforms consistent with reducing climate change.

But these same politicians—the ones filling LA’s city council and nearly all of the SF Board of Supes, operate in a fictional world in which land use policy is not climate policy.  Echoing climate change deniers, they ignore or deny Air Resource Board reports and the overwhelming evidence that restrictive zoning forces people to drive to their jobs.

During my recent stay at Berkeley’s Alta Bates Hospital I asked many of the medical staff where they lived. None lived in Berkeley or Oakland. The person taking me into surgery lived in Tracy. Others lived in Castro Valley, Antioch and Walnut Creek. All drove to work.

We have 140,000 people driving from Sacramento to the Bay Area each day because they cannot afford housing in the cities they work. And SF’s “progressive” Board members don’t give a damn about these people or the greenhouse gas emissions they create.

But please don’t tell me there is anything “progressive” about allowing climate change to worsen because that’s what your constituents want. And don’t put out social media statements saying how much you are concerned about climate change when you are vigorously fighting even six story residences on high-transit corridors.

I got an email last week from Hillary Ronen whose subject line asked “Do you think SF is still progressive”?  The question assumes San Francisco has ever been “progressive” in its land development policies; the facts, which I marshal in my book, do not support that conclusion.

San Francisco, like Berkeley, has long combined a progressive boomer homeowner aura of humanism and social and racial tolerance with exclusionary policies that restrict diversity and inclusion. In many ways these are two of the most progressive cities in the nation; but on a key test—opening neighborhoods to the non-rich—both can be as reactionary as the suburbs.

Portland is hosting YIMBYTown on April 2-4, a conference built around the theme that housing policy is climate policy. I wish that Warren, Sanders and others could attend because in their debate answers none connected climate change to land use reform. Sanders backs the Homes Guarantee plan that makes this connection, but what happens in debates and forums is candidates’ fall back on their standard answers and unless asked specifically about land use they fail to make the connection.

I don’t expect to see any local LA or SF politicians at YIMBYTown. It would make it impossible for them to make believe their land use decisions do not impact greenhouse gas emissions, and might cause some to wonder how “progressive” they and their colleagues really are on climate change.

But I do expect to see people from cities across the nation that understand that housing policy is climate policy. And who expect their local officials, none of whom are prevented from acting by Big Oil or Donald Trump, to move their cities toward legalizing infill multi-unit housing.

All of California’s local officials had a chance with SB50 to show support for addressing climate change. And in LA, SF and other cities, they failed. After creating a dystopsian status quo of two hour car daily car commutes and unaffordable housing, our incumbent local officials are doubling down on their error.

SB50 is the only state strategy to align housing and climate policy. I believe Governor Newsom and the legislature are staring history in the face and will not blink—they will do the right thing.

But if that does not happen our local officials have spun quite a climate change legacy for themselves. I look forward to their explaining to their children what they did when there was only a decade left to save the planet.