Blacklisted Trumbo plus The Reckoning 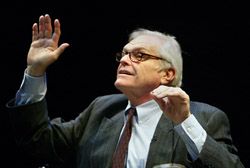 Dalton Trumbo was probably one the greatest screenwriters and novelists of our time. As screenwriter he wrote “The Brave One, Exodus, Kitty Foyle, Thirty Seconds Over Tokyo, Lonely Are the Brave, Spartucus, Roman Holiday, Papillon and the novel “Johnny Got His gun” – which was later made into a movie. Trumbo, refused, along with other writers who became famous as the “Hollywood Ten”, when they refused to answer Congress’ questions regarding his political affiliations. These interrogations were held before the House Un-American Activities Committee.” Jump ahead a few decades and think “Homeland Security.”

Trumbo not only refused to answer the questions, but he also refused to give names of others that did not agree with everything that the government did. Trumo did not follow the path of others like Ronald Reagan whose mouth was like a torn pocket that ruined many careers in Hollywood. After Trumbo was kicked off the MGM lot and told that he was no longer welcome – he continued to write under assumed names. In 1956, Actress Deborah Kerr opened the envelope at the Oscars and announced the winner for best original story for “The Brave One”. The name she called was Robert Rich. Rich was not there — because there wasn’t a Robert Rich. It was Trumbo who wrote “The Brave One.” He is still waiting for Oscar. Trumbo over the years used many names. He had financial problems and this was one way to make a few dollars here and there. Some fellow writers fronted for him and then saw that the money got to him. Trumbo spent ten years in prison for standing up for his rights.

Trumbo died in 1976. His son Christopher Trumbo saved all of his father’s letters that were sent to him while Trumbo was in prison. He also found many letters that were sent to others writers. The writing in these letters is absolutely brilliant, stinging, brilliant and sharp witted. There are two actors on the stage that bring to us the life and times of this tragic time when freedoms were trampled and the media went along as if it was a honeymoon in a haystack. The Media has not changed. Brian Dennehy is Dalton Trumbo in the play and William Zielinski is Christopher Trumbo. On the left and right side of the stage are huge screens that document in black and white clips what it was like to sit before the Un-American Activities bunch. Many of the grand inquisitors are still around and still lurking around the Capital’s halls.

Dennehy is a superb actor who has won two Tony Awards. His acting gets right to the bone. Once he gets a hold on you – you can’t escape his words. He takes Trumbo’s words from these fabulous letters and breaths life into them. It was in fact just as if Dalton Trumbo were reading them to me. Zielinski, who is the Son, is also a terrific actor. He moves around the stage with fascinating charisma. You probably have seen his work in the HBO Original Series “The Wire.” We are certainly lucky to see these two engaging actors in this wonderful insightful play. They do carry books with them, and occasionally glance at some of the letters. But, unlike “Love Letters” where the actors just read from the pages — it is not the case in this play. The actors really are acting their parts – not just reading. However, I have no doubt that somewhere during the run of the play – others will be cast in the roles. So, see it now with this razor sharp cast. You won’t be sorry.

There are only less than two weeks left in the run at the Post Street Theater.
RATING: FOUR GLASSES OF CHAMPAGNE!!!! [A recipient of the Lee Hartgrave Fame Award for best Directing by Peter Askin, Best playwright – Christopher Trumbo and best acting by Brian Dennehy and William Zielinski.]

[During the Red Scare here is the list of the Hollywood Ten: Alvah Bessie, Herbert Biberman, Lester Cole (who lived in San Francisco – and reviewed movies in the 70’s and 80’s), Edward Dmytryk, Ring Lardner Jr., John Howard Lawson, Albert Maltz, Samuel Ornitz, Adrian Scott, and Dalton Trumbo. They were ALL blacklisted by the Major Studios in Hollywood]

THE RECKONING: The daughter from hell.

The Reckoning is a story that’s been told before. We’ve seen similar situations in “On Golden Pond” (which will soon have a revival on Broadway} and many other parent children plays and movies about the strife and misunderstanding between parents and children.


The story basically is about a daughter who holds a grudge against her father who see has not had any contact with for many years until his wife and her mother died. Suddenly, she appears on the scene – not to be of any comfort, but to make life miserable for her father – because in her demonic mind she believes that he emotionally abused her. Never mind that he gave her the best education that money could buy. He never hit her – and she never wanted for anything when she was growing up. However, she blames him for her being an anorexic when she was younger. And even when he tried to get her to eat so that she would not die – she complains, “You force fed me!” — She says. You know what – I would have let the neurotic nut die.

The father did not let her die – so she surfaces to sue him form emotional distress. He has lots of money. Daughter dearest claims is not about the money for the lawsuit that she wants – but just wants him to be punished for what he did to her. Basically – if I were the Judge, I would send her to a shrink. In the play that doesn’t happen – but happily she does lose the lawsuit.

This kind of play makes my but chew nails. Especially when dad comes back to try to patch things up and again. The psychotic daughter at first warms up to him – but then like a cobra turns against him, when he peeks at a folder with some architectural drawings. You see, like father (an Architect) like daughter. Unfortunately, the daughter should be in a straight Jacket. “Reckoning” has some moments – but for the most part the writing by Wesley Moore is less than stunning. The subject has been washed and rinsed on too many stages. Family strife is not that interesting anymore. Lets put it in the closet with the other antiques.

Provocative acting by Kevin Tighe and Jennifer Tighe who are real Father and Daughter. As good as they are – this family drama just doesn’t do it for me. In London Jonathan Price played the role of the father. Why he would have wanted this role is beyond me. One of Kevin Tighe’s most memorable performances was as the strikebreaking thug (Hickey) in the John Sayles’ Matewan. His daughter Jennifer was last seen in the Bay Area at Berkeley Rep in Collected Stories. She is in the summer release movie – “Perfect Lie.”
At The Magic Theatre.

ART AND OBSCENITY. Is it Art or Obscenity? That is the question that “The Shooting Stage” tackles. The play brings to mind the Robert Mapplethorpe controversy.
Starts at the new Conservatory April 17.

THIS WILL NOT PLEASE EVERYONE: “The Blue Dress” tells the true story of an imaginative young six-year old boy who loves wearing dresses and lip synching to Judy Garland. He ends up seeing a shrink, where he is tracked, tested and interviewed. He does not know it – but he is part of a government-funded experiment with 62 other ‘sissyboys’. Hey, did Arnold have anything to do with this play? At the New Conservatory Center – April 3.

FUN, FROLIC AND TRAGEDY YOU WON’T WANT TO MISS: AT Theater Rhino “Not About Nightingales” by Tennessee Williams. Vivid prison drama that is not for the faint-hearted. ..for fun this weekend and next go to Michaels Cabaret on Market to see a singer who is being compared to the incomparable Frances Faye.

At the film noir film series “Misunderstood Actresses” – be sure to catch Jennifer Jones in Ruby Gentry – “She wrecked a town – man by man.” screenings@mhotmail.com.

John Travolta will play the role of the Drag Edna in the musical movie “Hairspray”.

The Red States movie “Passion” is out on the screen again with some of the graphic scenes scissored out. It will take more cutting than that for me to see it.

Boy George in his new tell-it-like it is book sez that Madonna, who pretends to kiss girls, and pretends to be a lesbian has stabbed her legions of gay fans by joining that religious organization Kabbalah. “It’s ironic that she’s joined an organizaton that says homosexuality is a disease that can be cured and no one picks her up on it.” He sez in the book. -after making all those millions of dollars out of gay people.” They’re on to you Madonna – quit pretending.