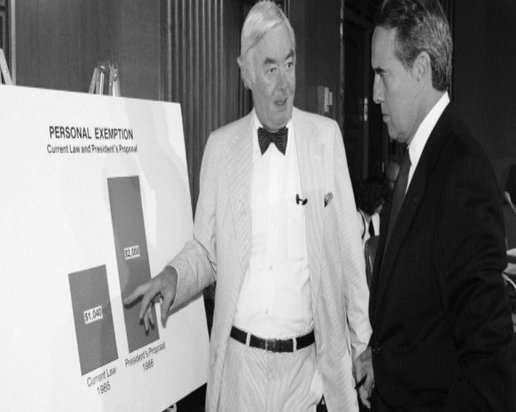 Though he later became famous as a liberal Democratic from New York, one of Sen. Patrick Moynihan’s most enduring contributions was a vicious meme about the pathology of female headed households. (Photo: AP/archive)

Blaming poor people for their own misery is a convenient way to avoid recognizing or fixing the real causes of the problem. Most commonly associated with Fox News or conservative politicians, the ideological roots of this perspective are deep and bipartisan.

In August 1965 — shortly before the Watts neighborhood uprising in Los Angeles– someone leaked to the press a government report entitled The Negro Family: The Case for National Action. Written by the late Senator Daniel Patrick Moynihan, then an assistant secretary in the U.S. Department of Labor, the report focused on the rising rate of African American households headed by women, which he claimed promoted delinquency and school failure in children. It was, he argued, the root of a “tangle of pathology” that infected black communities. In his view, black youth lashing out at police reflected psychological problems which stemmed from growing up in fatherless homes. Rowland Evans and Robert Novak, in a high profile column for The Washington Post, recounted this analysis as an explanation for Watts.  The article ran with the headline “The Moynihan Report” and helped turn Moynihan into a household name.

Although he later became famous as a liberal Democratic senator from New York, one of Moynihan’s most enduring contributions has been this vicious meme about the pathology of female headed households. It was an image that he explicitly racialized and connected to welfare “dependency,” along with crime and disorder.  His 1965 report instantly became the favorite authority for conservative explanations of urban problems, and poverty in general.

Its influence endures today. Recent disturbances in Baltimore brought forth a slew of commentators offering similar reasoning; nearly all cited Moynihan. In the past few months, there have been numerous panels, commentaries, and speeches praising Moynihan and extolling the prescience of his report.  I offer a dissenting view, based on research for a book I just published.

When first released, the Moynihan Report was highly controversial and thoroughly scrutinized.  Political objections to the message were conflated with objective criticism of the quality of his work, leading to a lasting myth that poor Pat was the victim of a smear campaign.

But the critics were able to show that Moynihan’s research and scholarship were seriously wanting.  Neither his skills as an analyst nor the data he relied on were sufficient to carry the argument he tried to make. Far from being prophetic, subsequent trends have shown that decisions to marry are mainly driven by employment opportunities and income level, regardless of ethnicity. Moynihan’s emphasis on the “Negro” family, without due attention to class differences, distracted from the core problem of employer discrimination and larger systemic factors that have caused and reinforced poverty, especially among African Americans.

In spite of its many flaws, the report has had far-reaching influence on popular narratives about race and poverty, and on the policies and programs put forth to solve related problems. We must ask ourselves: Why did that happen and why is it important?

Born in the bosom of the Johnson administration and authored by a dependable liberal, the message in the report resonated along a broad political spectrum. For conservatives, most poor people were deemed to be victims only of their own bad choices, especially involving sex and procreation. Moynihan’s research vindicated that view, free of any ideological taint and with the imprimatur of liberal social science.

But this message also has had appeal for the center-left. If poverty is cultural, then it is curable in individuals through education and rehabilitation. Exploring cultural causes also gave poverty researchers a way to join the neoliberal project of the 1980s, and avoid confronting the hard adversaries of corporate power whose drive to lower wages and taxes clashed with the needs of working families. By focusing instead on behavior and attitudes in large random samples of poor people, many policy researchers encourage the belief that cleverly marketed, data-driven social engineering of people and space could largely eradicate poverty by offering escape into the middle class.

Programs born from these ideas have rarely worked as planned. Mass displacement out of public housing, mentors, support groups, and workshops designed to teach “life skills,” manage finances, or dress for success have yielded very meager benefits in the lives of poor people, or in reducing the poverty rate. Marriage promotion programs, the most direct outcome of Moynihan’s cautionary warning, have been dismally unsuccessful. Maybe Moynihan’s critics back in 1965 were correct that he had cause and effect reversed: Poverty makes being married harder, rather than the other way around, and simply getting or staying married will not cure poverty. In the past decade we have spent $1 billion to learn that single lesson, except we still have not learned it.

So, what is the answer? If neither fiscal austerity nor big data and smart marketing can address this problem, what can? First off, rebalancing the economy to ensure more jobs and better wages would not just tackle the root causes of poverty, but also have an effect on the family instability that Moynihan lamented. But we need to go beyond that. Back in the early days of the War on Poverty, there was a deliberate effort to infuse democracy into the process and seek “maximum feasible participation” of those affected by the problems that the government was trying to solve. Early critics of this idea, including Moynihan himself, feared this involvement and discounted its value. It should be reexamined.

Neither the conservatives who want to shred the safety net, nor the liberals who favor social engineering, are considering the potential value of organized communities in finding solutions for everyday problems resulting from poverty. Such an approach could also help revitalize grassroots democracy. In stigmatizing and shaming the victims of poverty, we infantilize and marginalize them and silence their voices. And we persist in viewing poverty as a personal failing, rather than as a breach of the social contract.

On this occasion of the semi-centennial of the infamous, paradoxical, and undeservedly resilient Moynihan Report, let’s declare an end to the fiction that struggling single mothers are the villains behind the rising poverty and inequality in our society.  Let’s call out any and all who use this ploy, and begin to build new alliances based on mutual respect and shared understanding of who were the real perpetrators in holding communities down, creating the Great Recession, and upending the lives of millions of hard-working Americans who are classified as poor.

This piece previously appeared in CommonDreams.org