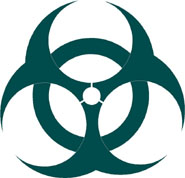 (Where’s the Money? Part Six)
The promoters who put on BIO 2004, the big biotech convention held in San Francisco at the beginning of June, made several million bucks in profits for themselves. But that hasn’t prevented the biotech lobbyists from heading to Silly Hall with their hands out, pleading poverty, and asking for a new, big tax cut.

“This notion that you lure biotech to your community to save its economy is laughable,” says Joseph Cortright, author of a prestigious Brookings Institution study on the biotech industry. “This is a bad-idea virus that has swept through governors, mayors and economic development officials.”

The biotech tax cut remains bundled with the Mayor’s anemic new gross receipts business tax proposal. This means that voters who want to approve the new business tax in November’s election may be forced to vote at the same time in favor of a hand-out to the biotechineers. The supe’s Finance and Audits Committee is scheduled to debate Newsom’s proposed biotech tax cut/gross receipts tax proposal at their meeting on Tuesday, June 29.

BIOTECH AND THE BIG PHARMACEUTICALS

The biotech industry, new as it is, is nobody’s poor cousin. It is a world-wide industry of more than 550 public companies, thousands of privately-held companies, with innumerable links to university research labs. The public companies alone pull in more than $40 billion in revenue per year. Wall Street invested over $100 billion in the industry in 2003, a nearly 60% leap from the year before.

But even these figures underestimate the profit-potential of the industry. The largest category of successful biotech products are part and parcel of the drug trade, accounting for 95% of biotech revenues. And last year, 50% of the sales of new biotech drugs went, not to the biotech companies that developed them, but to the big pharmaceutical companies.

The pitch from the biotech lobbyists make much of the fact that most biotech companies operate at a loss, using their initial capital investment on research and development for potential new products. Many are small, start-up outfits. The lobbyists claim that if the city throws some tax breaks to these small biotech firms, they will develop into job-producing companies somewhere down the road.

It is the manufacture of new drugs that produces the vast majority of jobs in the drug trade. Since a biotech firm located in San Francisco isn’t likely to hire workers to manufacture their drugs, San Franciscans will see next-to-nothing for any tax breaks we throw at the biotechineers. But these biotech firms will make a mint collecting and distributing the drug trade’s profits to the investors.

Let’s face it, our supes aren’t business people (mostly), and they don’t get how business works, except, of course, the business of collecting campaign contributions from legions of lobbyists.

So, while the pharmaceutical companies walk off with the biotech profits, San Franciscans will be handing out tax cuts to the biotech industry.

And where will the jobs be created manufacturing these new drugs? Our city fathers and mothers are doing zip to build infrastructure in San Francisco for manufacturing. These jobs, the kind that blue-collar working class folks in San Francisco need, will end up in New York, or China, or god-knows-where, anywhere but here.

There is, indeed, a sucker born every minute, and San Franciscans may be those very suckers.


Copyright C 2004 by Marc Norton.
Marc Norton is a founding member of San Franciscans for Tax Justice.
He can be reached at nortonsf@ix.netcom.com.