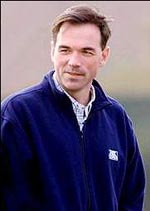 Last October, while I was out of the country, my son Nate emailed me the news that Oakland Athletics manager Ken Macha had been fired after negotiations on a new contract hit an impasse. “Beane-ish arrogance,” Nate called it, in reference to general manager Billy Beane, the subject of Michael Lewis’ bestseller Moneyball – a book that a few years later somehow seems both prescient and irrelevant. Prescient because, yes, Lewis did choose to profile one smart fellow in the baseball racket, a guy who knows how to squeeze the mostest out of the leastest. Irrelevant because Lewis’ Wall Street-analyst-driven Moneyball theories (essentially warmed-over Bill James but with a single-mindedness James himself would surely disown) have had almost nothing to do with explaining the A’s success in 2006.

Much more interesting than clinical breakdowns of the team’s OPS (on-base percentage plus slugging percentage) – on both the baseball and human levels – is what happened last fall a few days after Nate’s email. Beane and Macha cooled off, and Macha was rehired. Together, they’ve forged their unlikeliest juggernaut.

That to me is the most compelling of the Billy Beane personae. This is the guy who turned down a lucrative and possibly career-defining opportunity with the Boston Red Sox after ultimately deciding that he was happy in Oakland and didn’t want to be three time zones removed from his daughter (but who was Hamlet-like enough to have accepted the Red Sox offer in the first place). This is the same guy who has quietly supported the efforts of a valued staff member and friend to turn his life around after alcohol problems.

And here’s the thing. In the wake of their reconciliation, the heights to which Beane and Macha have combined to take their smallish-payroll team have decidedly non-Moneyballish flavors. Eric Chavez, their best overall player, battled injuries all year and had his worst offensive season. A Moneyball poster boy, Scott Hatteberg, had perhaps his best season – but he was now with the Cincinnati Reds.

In contravention of Lewis principles (and with the notable exception of the rejuvenated Frank Thomas), the current edition of this club can’t hit a lick, as measured by either new stats or old stats. What the A’s do have is cost-effective starting pitching choices, plus stingy relievers, productive role players like Marco Scutaro, and Macha’s steady hand. Throw into that mix the fortuitous timing of a down year for Arte Moreno’s Los Angeles Angels of the O.C., or whatever they’re calling themselves this week.

What a great story. Alas, big-time authors like Michael Lewis are drawn less to great stories than to subtly or explicitly self-aggrandizing platforms.

Don’t get me wrong: Lewis is a good and clever writer, and his books have the virtue of provoking thought. But all too often they do so the way a hammer drives a sledge. (For further background, see my 2004 Beyond Chron “open letter” to Lewis, https://beyondchron.org/news/index.php?itemid=2674.)

Lewis also takes personal witness beyond absurdity. In a dreadful New York Times Magazine article two years ago, he extolled his old high school baseball coach and lamented the tendency of parents today to interfere neurotically with the important work of these iconic molders of young men. (Like just about everything Lewis writes, it’s about boys being boys, not about girls – what those beer commercials call “Man Law.”)

Here the thesis was, “Lay off the Coach, and you too will find your son blossoming into as great a success as I am.” Any parent who has ever had to monitor, and constructively rein in, an immature and unbalanced youth sports coach knows how ridiculous this is; but Lewis being Lewis, his agent readily found a publisher willing to inject his Times ditty with Human Growth Hormone and bind it between hard covers.

If the A’s proceed to capture the October lightning that has so far eluded them in the Beane era, we of course can expect a spanking-new edition of Moneyball with an introduction by Lewis reminding us that he told us so. That is, unless Lewis gets sidetracked by a deadline for that urgent study of his own bowel movements.

Meanwhile, will Nate’s and our family’s Athletics meet his dad’s St. Louis Cardinals in the World Series? It would be deliciously ironic scenario, for each boasts their least impressive club in recent years. Still, as every veteran baseball fan knows, championships are more lifetime-achievement awards than anything else (except for the New York Yankees, who simply.must win it all every year, and that’s sad).

Should this devoutly wished consummation happen, your correspondent will be forced to resolve dual loyalties. Really, it’s worse than that: the Cardinals’ current principal owner, Bill DeWitt Jr., is a right-winger and a shameless grubber. He dumped the club’s long-time flagship radio station so he could gain equity interest in a new one – miscalculating the community fallout, and weakening the games’ broadcast signal to the point where swaths of loyal regional listeners got blacked out. He didn’t raise the talent payroll despite opening a new stadium, which it goes without saying got built largely on the public coin. At the same time, DeWitt auctioned off to collectors every fixture of the merely 40-year-old (and perfectly serviceable) old Busch Stadium – even the urinals.

Oh well. As Robert E. Lee once said: “How can I turn my back on my native Virginia?”

Irvin Muchnick is author of the forthcoming WRESTLING BABYLON: Piledriving Tales of Drugs, Sex, Death and Scandal (March 2007, ECW Press). For more information on the book and how to pre-order an autographed copy, go to http://wrestlingbabylon.com.
Billy Beane’s Masterpiece – And ‘Moneyball’ Had Nothing To Do With It